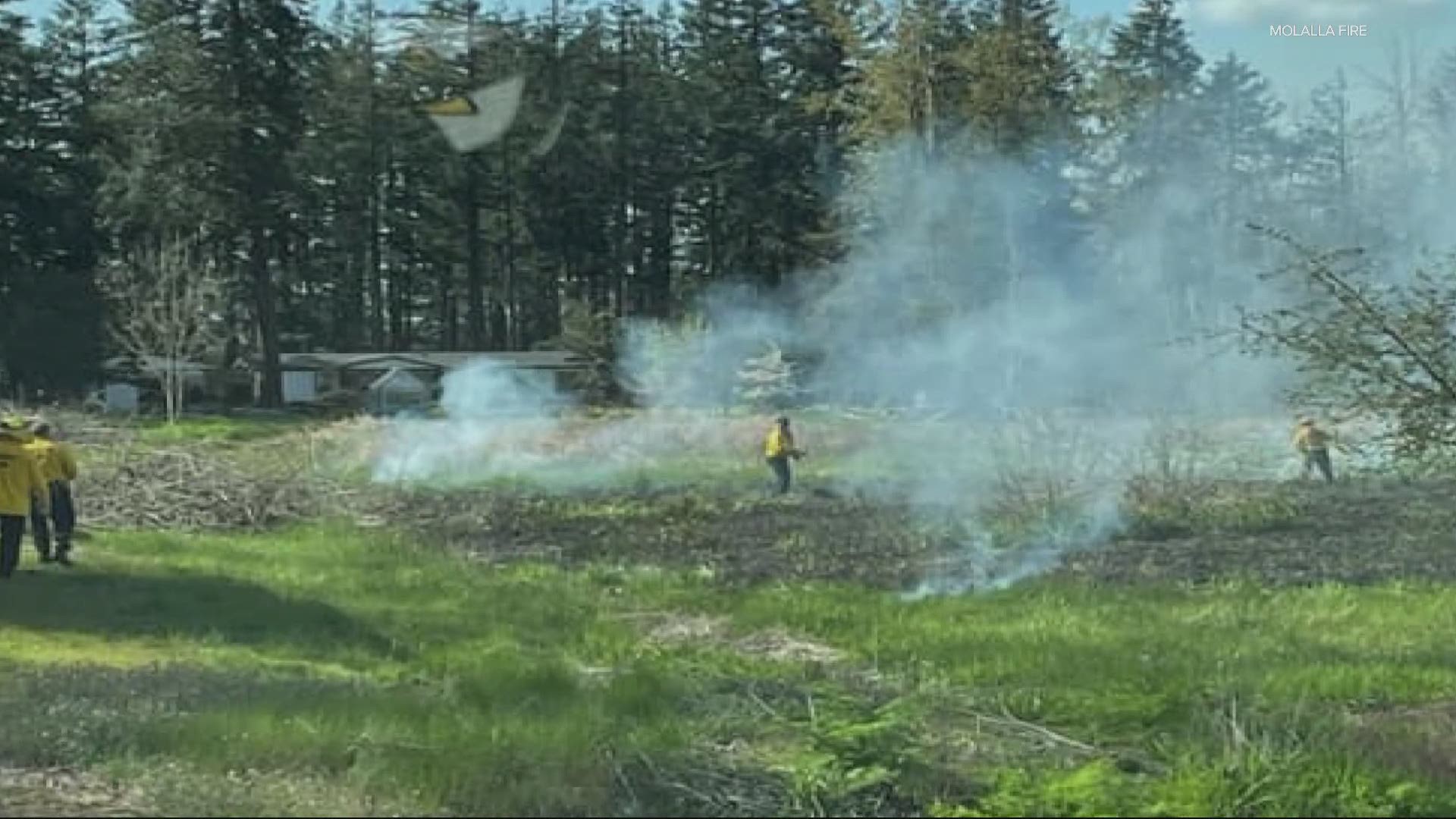 PORTLAND, Ore. — Warmer weather plus dry, windy conditions have led to a troubling number of brush fires across Oregon, according to state officials.

On Tuesday, the Oregon Department of Forestry (ODF) reported that 70 fires had burned 402 acres on ODF land already this year. The agency said that's three times the average numbers of fires to date. Forty of those fires started from escaped backyard burn piles, and all of them happened before the official start of fire season.

“We're really starting to adjust our outlook about fire season, that it's not just a few months out of the year,” said Chief Cassandra Ulven with Tualatin Valley Fire & Rescue (TVF&R). “It's something that we're thinking about nearly all year long."

On Monday, TVF&R crews responded to a small brush fire on Baker Road, just south of Sherwood. It started as a controlled agricultural burn, then spread. Ulven said it's time for people to start thinking about creating a defensible space around their home, to protect their property.

She suggested getting rid of trees and dry brush that are growing close to structures, in case a fire starts nearby. She said they may soon implement stricter fire prevention measures.

“It happens earlier and earlier every year, where outdoor burning just has to stop,” said Ulven.

In Clackamas and Multnomah counties, the time to stop outdoor burning is now.

Molalla Fire District has responded to multiple escaped open burns over the past few days. Forest Grove Fire & Rescue also tackled a fire that started when two burn piles spread near trees. If it wasn't already clear, fire officials warn that they’re dealing with a pattern, one Ulven hopes the public to take seriously.

“An unattended burn pile can easily become a problem when you have winds like we've seen,” she said.

We also spoke with Tom Fields, the fire prevention coordinator with the Oregon Department of Forestry. He said his department has already seen more than 20 wildfires just this month alone. Fields went on to say that there are burn bans in effect through much of the metro area right now.

Burn bans are in place through much of the metro area because of the high fire danger until the end of the weekend.