The Portland historian behind the Kick Ass Oregon History podcast hopes our leaders study the mistakes made 102 years ago. 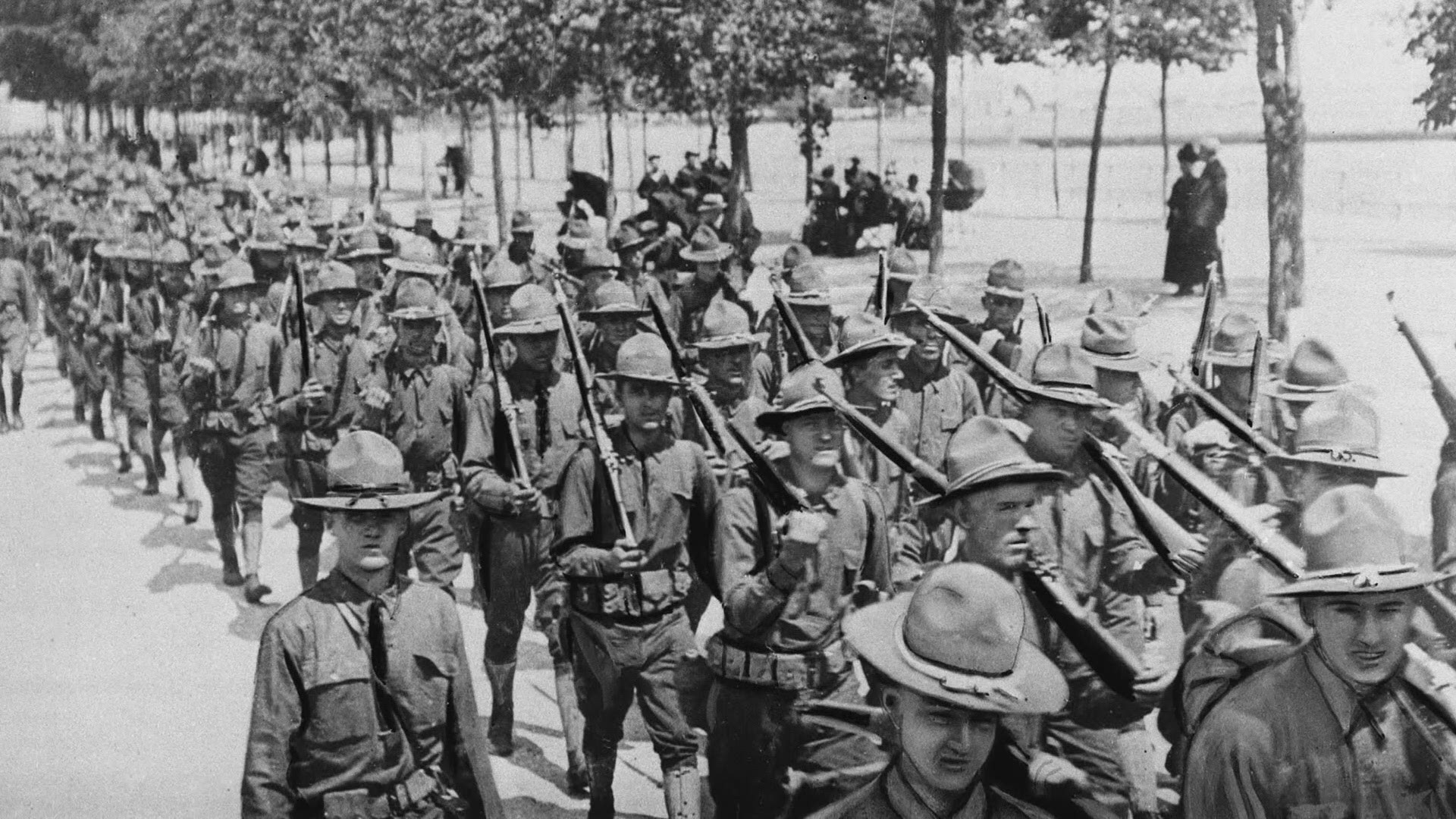 PORTLAND, Ore — One hundred years ago, the world went through something almost exactly like coronavirus and all of it's repercussions.

It was called the Spanish flu of 1918. The CDC says it was the most severe H1N1 flu pandemic the world has ever seen and started from birds. It was actually thought to have developed first in American military troops and brought over to Europe during World War I where it was eventually first reported on by a Spanish newspaper. But there are eerie similarities to social distancing, shutting down of the economy and the number of sick and dead.

Credit: AP
In this 1918 photo made available by the Library of Congress, volunteer nurses from the American Red Cross tend to influenza patients in the Oakland Municipal Auditorium, used as a temporary hospital. As scientists mark the 100th anniversary of the Spanish influenza pandemic, labs around the country are hunting better vaccines to boost protection against ordinary winter flu and guard against future pandemics, too. (Edward A. "Doc" Rogers/Library of Congress via AP)

In 1918, World War I was raging on, and reports from the battlefield came in that a strong respiratory illness was taking out soldiers. The Spanish flu infected one in every four people on the planet within the next year. It killed at least 50 million people according to the CDC.

But just like in 2020, officials in the U.S. and yes, Portland back then, were slow to react. Northwest historian and Kick Ass Oregon History podcast host Doug Kenck-Crispin has been studying the response. He wrote a recent guest article about it in Willamette Week you can read here.

"It's really similar to things you might have heard from Portland Mayor George Baker, who was mayor of Portland during the influenza of 1918. He didn't really want to shut Portland down but he was told to by the U.S. Surgeon General and public health officials. They said you need to close this place down and he said 'what about the economic impact it's going to have on the city?'."

Eventually, there were mandates to get the heck away from each other, without the trendy hashtag of "social distancing." Old headlines from newspapers around Oregon wrote of many things shut down and closed. "It was really kind of a loose 'close'. Stores were open until 3:30 p.m., people were still taking mass transit and so on, but schools were out, you couldn't go to church, you couldn't have large public gatherings and that sort of thing. So that went on for six weeks," Kenck-Crispin said.

People became more paranoid. Cartoons like one from the East Oregonian newspaper showed a baby tipping over a pepper mill and everyone sneezing, calling the doctor thinking they've all got it! The similarities are seriously weird. People across the country sewed face masks out of cloth. In New York, photos show mail carriers wore them, and traffic cops. Historical records from the health department say Spanish flu would make you cough up blood, filling lungs till people quite literally drowned. Babies and young people got it just as bad.

Soon, hospitals became overwhelmed and just like we're seeing today. Makeshift wards sprang up in warehouses, auditoriums and fields. Benson High School in Northeast Portland was a cadet training facility and it's where the outbreak here in the Rose City started. Oregon movie theaters stayed open, but slates before the films read, "Smother the sneeze. To prevent disease." Soldiers and sailors were banned as they were early carriers of this flu. And if you sneezed or coughed for any reason you were immediately kicked out.

"November 11, 1918 the war ended. And the closure had been six weeks long and Mayor Baker wanted to allow Portlanders to have a huge, festive party and kind of get life back to normal so he allowed the closure to end just 5 days later. So what happened was, all these people had been pent up, and all these people who had their lives modified, rushed out into the streets," Kenck-Crispin said.

Credit: AP
In this Nov. 1918 file photo, American soldiers from New York, who served on the frontline in Cambria, France, rig up a Liberty Bell to celebrate the signing of the Armistice to end World War One. (AP Photo, File)

A few weeks later and flu cases and deaths started spiking again before they could get it under control. It's a century old lesson he hopes today's leaders will go back and learn. We can't simply rush back to normal, he said.

RELATED: Salem and Northwest History: The Spanish flu of 1918 pandemic and how it compares to COVID-19