Vaccinations begin Wednesday for those in the Phase 1A category, with capabilities ramping up by week's end. 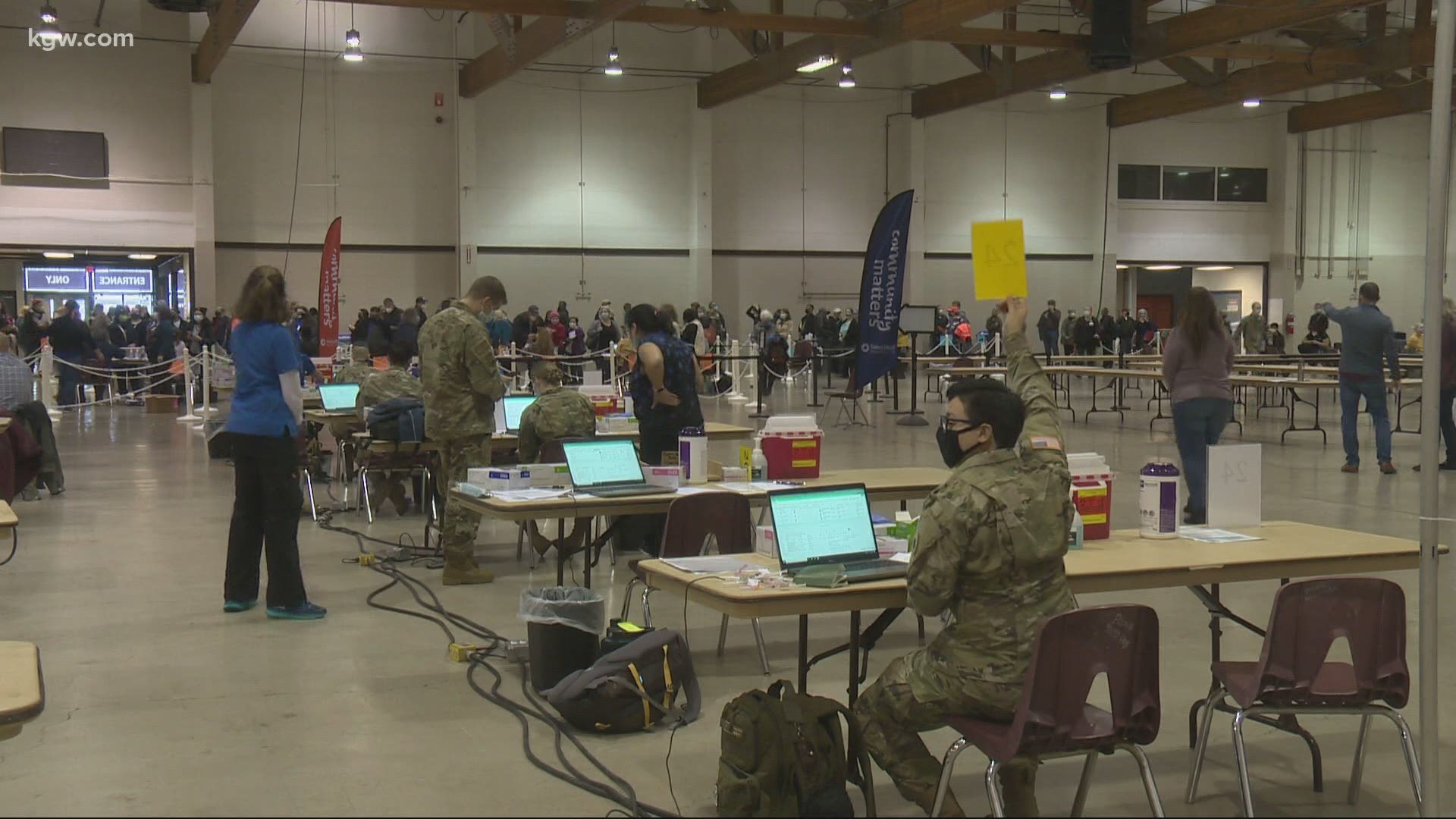 PORTLAND, Ore. — The Oregon Convention Center will finally start seeing some business. That's because starting Wednesday, large scale vaccinations of health care workers and others in the Phase 1A priority group begin there.

Kaiser Permanente held, what amounted to a warmup clinic over the weekend in Tualatin, fine-tuning a system over two days that helped them slightly surpass their goal of 3,000 vaccinations.

“And (we) really ended up with a pretty efficient process where people weren't having to wait in line for a long time, were able to come in and park, get registered, get vaccinated, observed and out the door pretty quickly, so all of the learnings from that we'll take into the convention center,” said Kaiser Permanente Northwest chief operating officer Wendy Watson.

Kaiser Permanente will start inoculating people at the Convention Center on Wednesday. About 1,500 people will get a shot on Wednesday. OHSU, Providence and Legacy are expected to join in by the end of the week. Providence said it will begin vaccinating on Thursday.

Meanwhile, the state fairgrounds is where Salem Health is working with the Oregon National Guard, vaccinating 14,509 people, in its first seven days.

“This isn't a one week or two-week operation, we're going to be doing this for months,” said Ralph Yates, chief medical officer for Salem Health.

Their work is continuing at the fairgrounds, vaccinating those in the first priority phase.

In Washington, Governor Jay Inslee announced bold new plans aimed at eventually vaccinating as many as 45,000 people a day. The plans include opening mass vaccination sites next week, including one at the Clark County Fairgrounds in Ridgefield.

Back to the Oregon Convention Center, it is a unique effort, with four competing health care systems, collaborating. One of the final pieces coming together now is a shared digital registration system that will allow the providers to work together more efficiently.

All they’ll soon need is more doses of vaccine than is currently available.

“So we're all really hoping that gets worked through and the federal government will be able to send more doses to the state,” said Watson, who added that as long as vaccine is available, the goal is to deliver as many as 7,500 vaccinations a day, with the possibility of expanding to as high as 25,000 doses delivered daily into the arms of Oregonians.