Just last week NuScale got the go ahead from the federal Nuclear Regulatory Commission to start building its unique nuclear power plants. 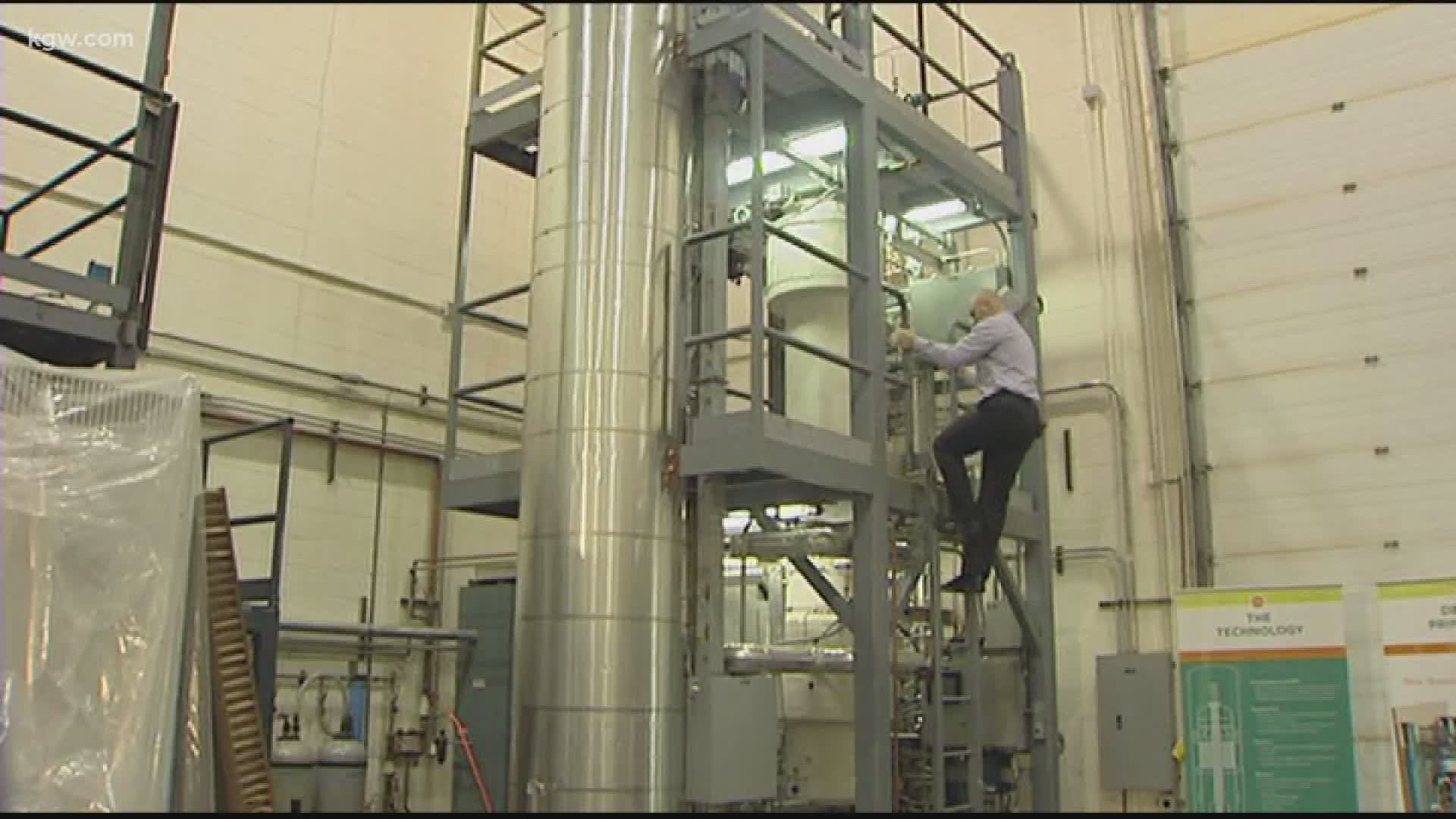 PORTLAND, Oregon — It's a major step for an Oregon company on the verge of revolutionizing clean energy production.

Just last week NuScale got the go ahead from the federal Nuclear Regulatory Commission to start building its unique nuclear power plants.

Back in 2011 Dr. Jose Reyes invited us into his nuclear engineering lab on the Oregon State University campus to show us what he believed was the future of clean energy.

What we saw was a nuclear reactor unlike any we'd seen before.

It was a much smaller, simpler, and safer one.

"Everything you need for safety is right there with the containment." Reyes explained at the time.

And now what started in that lab is about to become a reality.

Last week, the design became the first small nuclear reactor to be approved in the United States.

"The whole world has been watching what we're doing here in Oregon," said Reyes.

At only 70 feet long and 15 feet wide, the small nuclear reactors can be built in a factory and then shipped out to utility companies across the globe.

The design allows it to be easily integrated with other renewable energy sources, such as wind and solar.

"One module will produce 60 megawatts of electricity," said Reyes. "That's enough for about 50 thousand homes."

The company's first project is a small-scale nuclear plant in Idaho made up of 12 modules that will produce enough electricity to power a city close to the size of Portland.

But not only can the modules power homes, they can help produce hydrogen for hydrogen fuel cars, and drinking water for communities that need it.

"For example a 60 megawatt module could produce about 60 million gallons of clean water per day using existing technologies in reverse osmosis," explained Reyes.

And when it comes to jobs, the company says these modules will save many.

That's because they're small enough to move right into the existing framework of old retired coal plants.

"We've designed a plant that can be used to re-purpose the retiring coal-fired plants," said Reyes,

It's a design taking shape in Oregon that soon could be implemented world-wide.

In addition to domestic power companies, NuScale is also in discussions with utilities overseas for future projects.