A team of researchers found evidence of a magnitude 9.0 earthquake and tsunami that struck the Pacific Northwest in 1700. 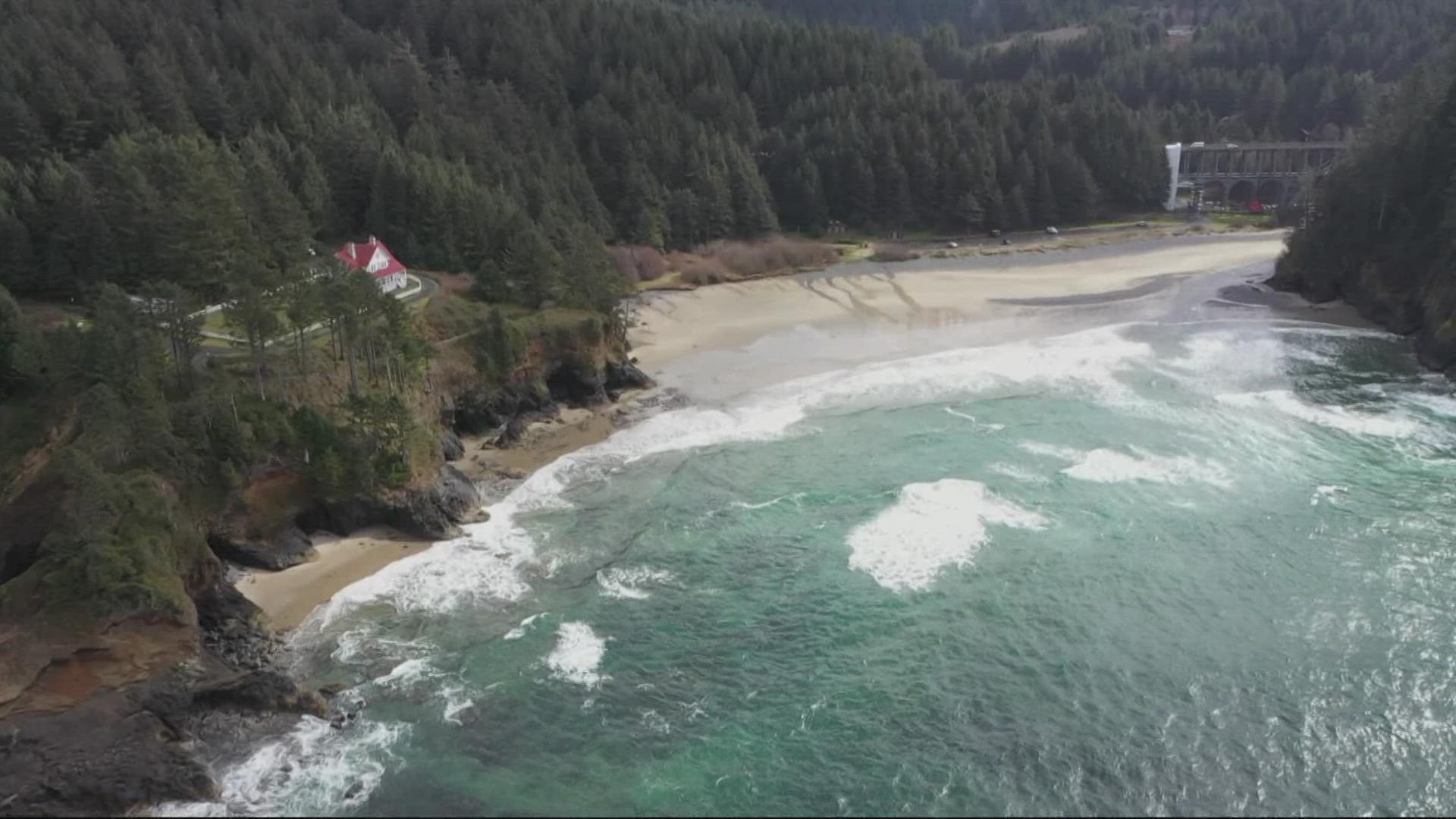 NEWPORT, Oregon — Experts agree that a large earthquake expected to hit the Pacific Northwest in the next few decades will generate a catastrophic tsunami, and now they have a better idea of what a massive wave could do.

A team of researchers found evidence of a magnitude 9.0 earthquake and tsunami that struck the Pacific Northwest in 1700.

Bob Dziak is a research oceanographer with the National Oceanic and Atmospheric Administration (NOAA). Dziak and a team of researchers analyzed core samples of old growth trees about a mile inland of Newport. They discovered that something big had happened to those trees back in 1700.

RELATED: Researchers help prepare Portland International Airport for when 'The Big One' hits

"We measured the growth rings of the trees and it showed the growth was really subdued or non existent during that year," said Dziak.

The salt water from a massive tsunami, the result of a magnitude 9.0 earthquake, likely halted the trees growth. The researchers now believe the water had traveled more than a mile onshore.

"This evidence in the tree rings is one of the first in Oregon that's been documented associated with the 1700 earthquake," said Dziak. "It's useful because it shows just how far inland the tsunami can have an impact."

New and updated tsunami model shows the area could have been inundated by up to 10 meters of water in the 1700 tsunami event.

Past research on trees in Washington showed similar evidence of a 1700 earthquake, but this was the first tree-ring evidence of its impact in Oregon.

With experts now saying there's a roughly 30 percent chance a magnitude 8.0 or higher earthquake will strike off the Oregon Coast in the next 50 years, information like this is necessary to prepare.

"It's likely the next earthquake might have a similar impact." said Dziak. "I know this is worrisome to a lot of people, but the state of Oregon and communities are taking steps to mitigate these impacts."