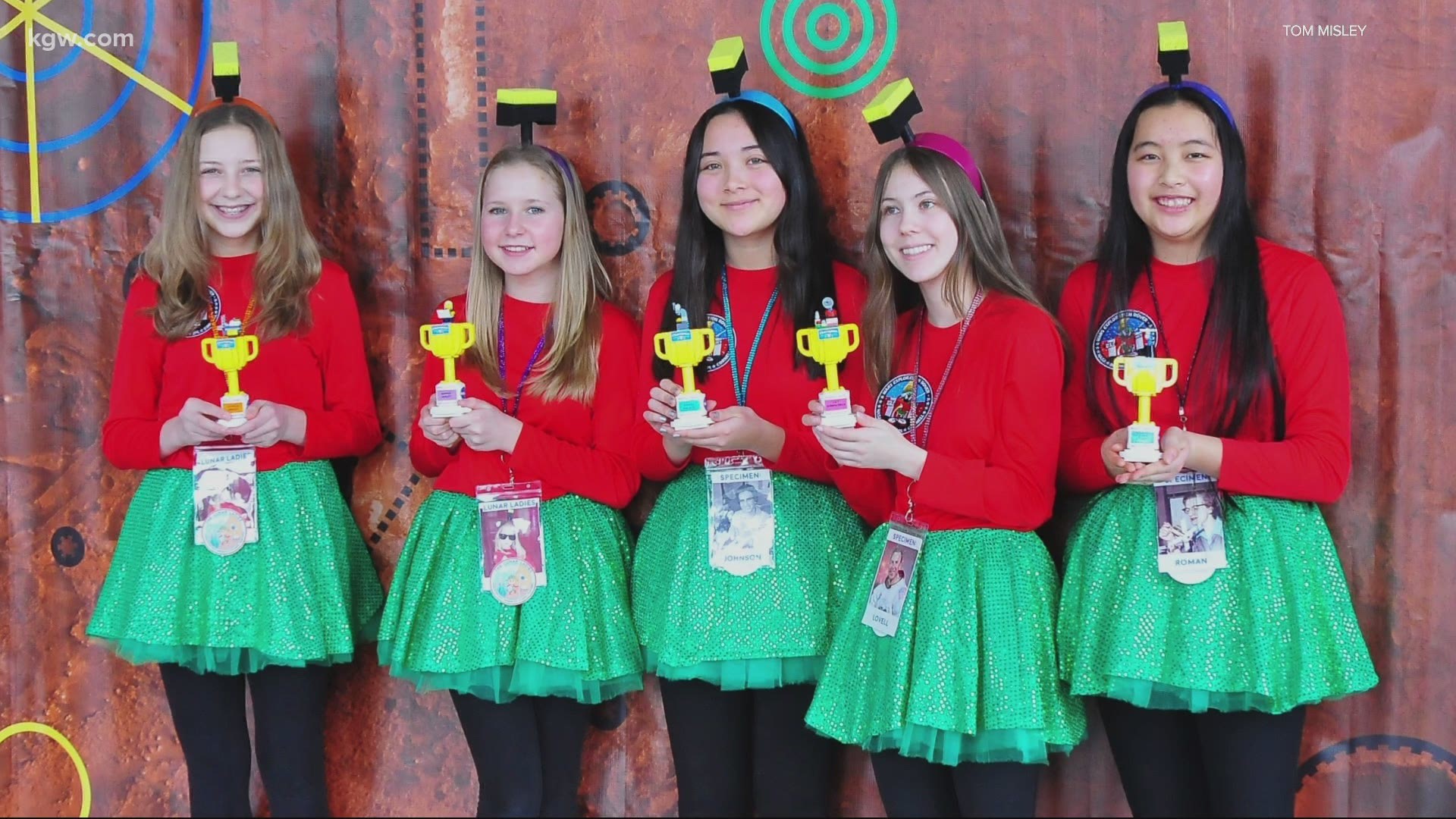 OREGON CITY, Ore. — When the Perseverance Rover landed on Mars on Thursday, a middle and high school STEM robotics team was watching.

"It was nice to see when the parachute came out and when then the rotors landing system was showing, so it'd figure out where it was going to land. I really liked that," said 10th grader Pahlychai Thao.

Before NASA landed on Mars, the Oregon City STEM team had already landed their own rover weeks earlier on an 8 x 10 mat simulating Mars' surface. They were competing in NASA's ROADS (Rover Observation and Drone Survey) on Mars Challenge.

"ROADS on Mars is a robotics challenge that involves programming robots, Legos, construction and drone flying," said 7th grader Sophia Misley. "It also educates you a lot about lunar landings and things about NASA."

Tom Misley is their coach.

"This was their most complicated challenge," Tom Misley said. "They had to run their rover. It was probably 50 feet back and forth, picking up samples off of a mat and it was not an easy challenge to do at all."

The team was scored on how well they landed a replica of the rover using a drone on an 8 x 10 mat that showed the surface of Mars. They had to drive their Lego-built rover around obstacles and collect samples as well as perform other mini challenges.

"I just think that it's super cool that you can create things and you can use electronics to make them move," said Ariana Nackos about what draws her to the challenge.

Teammate PJ Misley added, "I really enjoy robotics cause it's just a ton of fun and it's really cool to be able see how just putting blocks of code and putting numbers in can get your robot to do cool things like go around a mat and complete little missions."

The competition started in September of 2019 and was supposed to wrap up by April 2020. The pandemic and lockdown pushed back the final date until October 2020, which gave the team time to perfect some of their final submissions.

The extra time paid off. Not only did The Lunar Ladies win in the state of Oregon for the second year in a row, they also were national co-winners with 3 other teams and the only all-girl team to win.

"It's pretty cool knowing that for our state we won and knowing that in other states people were also good enough to win. It's kind of interesting now to be able to see the other people's videos and see just how well everyone did," PJ Misley said.

As part of their prize, the team will get an all expense paid trip to NASA to watch a launch once restrictions from the pandemic ease up.

For now, the team is focused on their next mission and that means landing on an asteroid.