The title company the Cole family was working with, WFG National Title Insurance Company, has offered to hire Aaron Cole as a consultant on wire fraud and other scams. 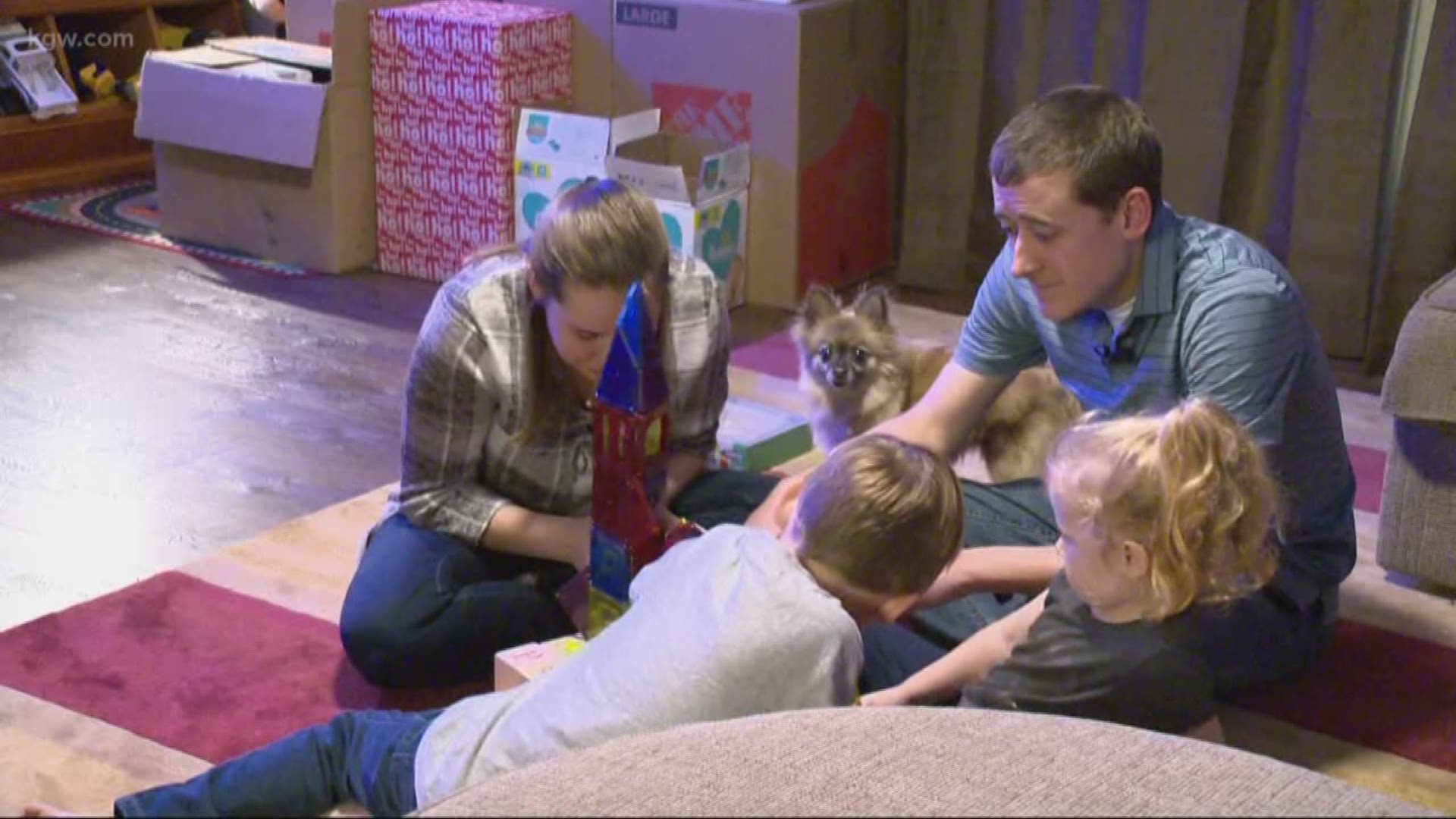 An Oregon City family who lost their entire life savings in a sophisticated email scam and thought they would be without a home just days before Christmas is one step closer to moving into their dream home, after all.

Aaron Cole says the title company his family was working with, WFG National Title Insurance Company, has offered to hire him as a consultant on wire fraud and other scams.

“Everybody's already calling it a Christmas miracle and we're cautiously optimistic,” said Cole. “We feel really good about where things stand now, as opposed to a couple days ago when our lives were over.”

Cole and his family sold their house in Oregon City and found a new, bigger home for their kids. WFG said it would be sending Cole instructions to wire a $123,000 down payment on the new house.

The next day, Cole got an email with wiring instructions. But the email wasn't from WFG.

“It pops up in my email and it says your agent, your lender, all these WFG people are all on this email, when really, they're not,” Cole said.

According to Oregon City police, it was a sophisticated scam email with directions on wiring the money to thieves. Believing it was a legitimate email, Cole transferred the $123,000 from his Bank of America account.

The money went to a Chase bank account in Florida before it was transferred to four other banks and out of the country.

Cole told KGW that the specifics of the consulting job have not yet been worked out but that he believes he will be working with the company for about six months. WFG will also help the Cole family move into their new home.

Cybersecuirty expert, Ken Westin, said people capitalize on the emotional time of home buying in scams like these.

“I think especially when people are buying houses, right. It is a very emotional time- so they may not be using their best judgement. They get an email [and think] I’ve got to send a wire, said Westin. “They [criminals] will even have this sort of immediacy, ‘we need to have this by the end of the day and if you don’t you are going to lose the house.’”

Westin predicts that scams like these will become more common.

“As soon as one group is successful with it and they’re actually making a lot of money from it- which they are- you are going to see a lot more of it,” he said. “And it will probably get even more sophisticated.”

A lot of title companies and real estate agencies do not have the same cybersecurity protections in place as financial institutions like banks, according to Westin, which can leave them vulnerable to hacking.

“I’ve actually seen hackers where they get access to some of these accounts and then they’ll actually sell them to other criminals in underground markets and then those folks are some of the people committing this wire fraud,” said Westin.

WFG told KGW and Cole they've had six clients this year get wiped out by this same scam, and 11 more last year.

The Washington Realtor's Association has a flier for scams like these encouraging people to “Call Before You Wire”: