Oregon lawmaker under investigation for letting demonstrators into state Capitol 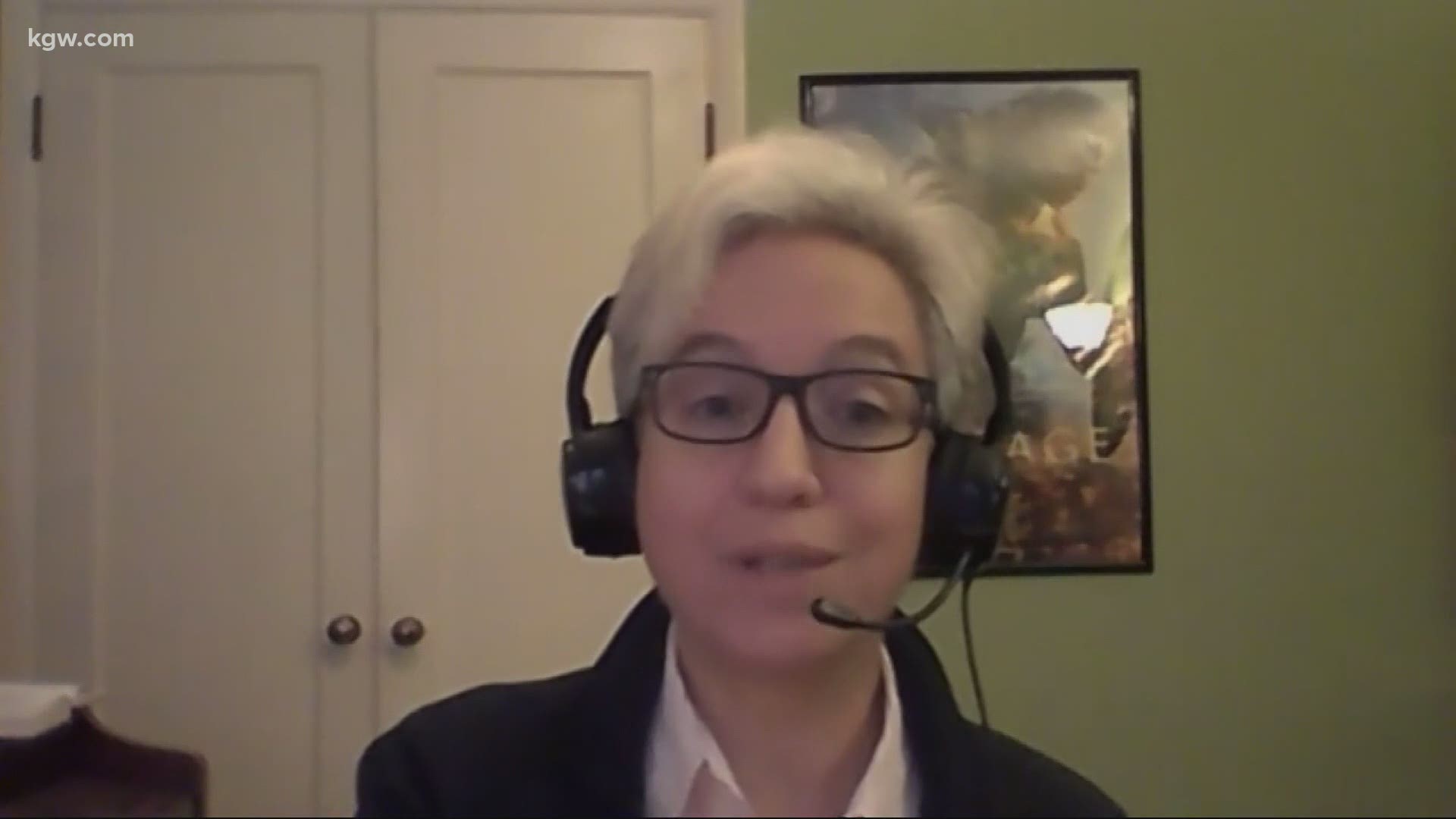 “We have been waiting to talk publicly about one element of the entry of the demonstrators, and that is that Oregon State Police has confirmed and informed us that Representative Mike Nearman did open a door to let demonstrators into the building,” Kotek (D-Portland) said during a press conference via Zoom. “This was a serious, serious breach of public trust.”

OPB reported Nearman was caught on security cameras letting demonstrators into the Capitol. The same group was seen in videos kicking in doors and spraying officers with chemicals.

KGW reached out to Nearman for comment Thursday morning. He has not responded.

When an OPB reporter reached him via phone Nearman reportedly asked who told them about the surveillance and added, “I just don't have anything to say."

Speaker Kotek said House leaders are reviewing all options, as are police.

“We have consulted employee services as well as the Legislative Equity Office about ‘Is this a hostile workplace violation? Should it go through the conduct committee?’ That's a potential,” Kotek said. “First, we've been waiting to give a little bit of space for Oregon State Police to conduct their criminal investigation.”

A spokesman for OSP said charges in this case would be up to prosecutors.

The revelation comes as lawmakers prepare to ramp up safety protocols at Oregon’s Capitol building. Calls for such an effort came in the wake of the December demonstration and got louder after armed Trump supporters stormed the U.S. Capitol Wednesday.

Lawmakers and staff at Oregon’s Capitol are scheduled to undergo elevated safety training next week, Kotek said. It will focus on “notifications for folks, safety planning within the building, knowing your evacuation routes, knowing the things that could happen within the building during a demonstration.”

It's worth noting, amid the pandemic, most lawmakers and staff are working remotely. An exception will come Monday, when lawmakers are scheduled to convene on chamber floors to be sworn in, in person.

Moving forward, keeping the Capitol largely closed gives OSP a couple months to weigh security upgrades to entrances, which have always been open to the public.

It's a point no one's ever had to question, noted Senate President Peter Courtney.

“What happened yesterday in the nation's Capitol didn't surprise me, I'll be very frank with you,” Courtney said. “I can almost say I expected it because of what happened here.”