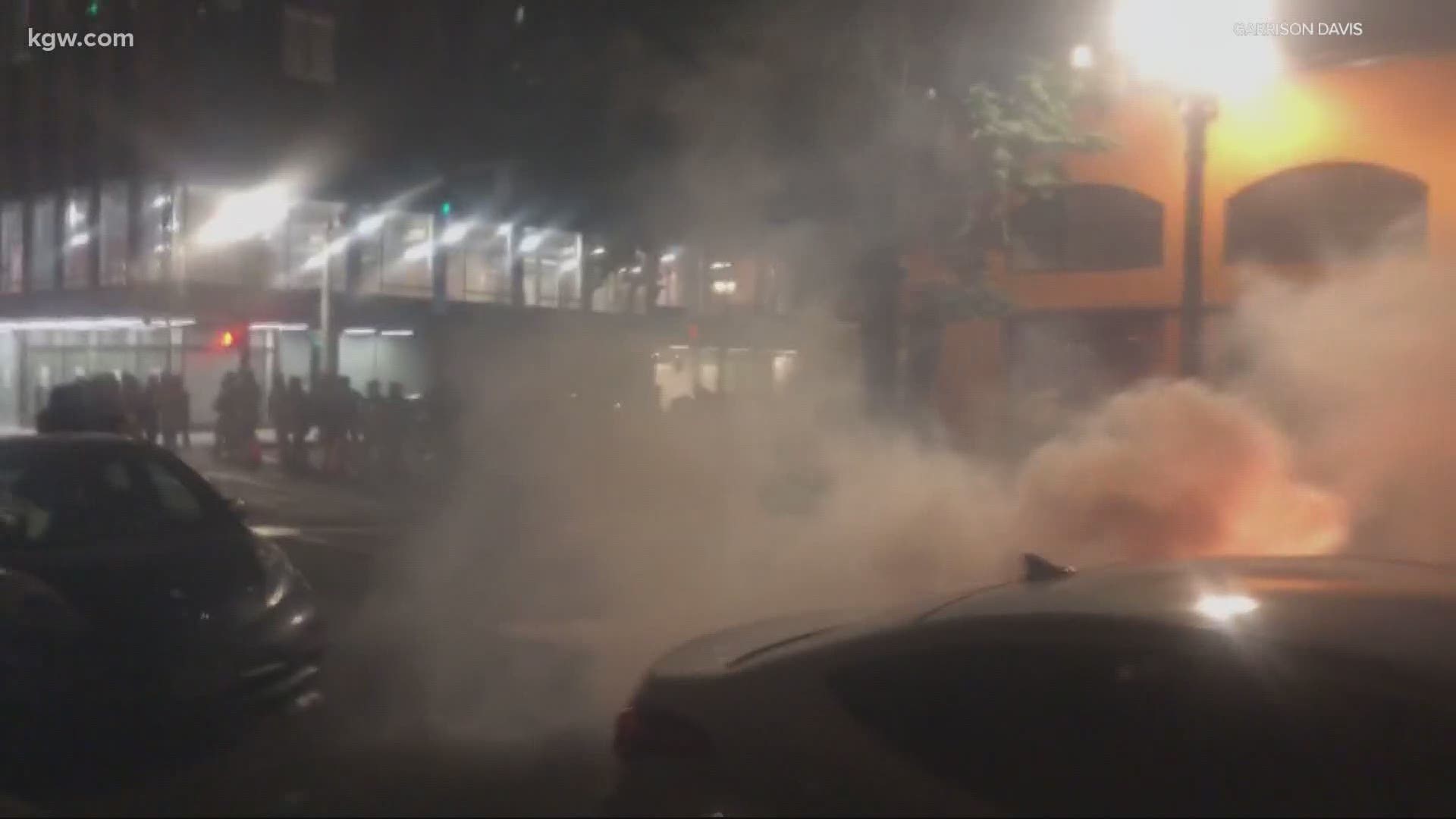 The lawsuit alleges that agents from those federal agencies have engaged in "unlawful law enforcement in violation of the civil rights of Oregonians by seizing and detaining them without probable cause."

The lawsuit will be followed by a motion for a temporary restraining order regarding the forcible detainment of an Oregon resident named Mark Pettibone, who told Oregon Public Broadcasting federal officers grabbed him off the street and took him away in an unmarked van. If the order is granted, federal agents would no longer be able to unlawfully detain Oregonians.

Rosenblum said Pettibone's reported detainment, along with a protester getting shot in the head with an "impact weapon" and being seriously injured prompted her to file the lawsuit.

“I share the concerns of our state and local leaders – and our Oregon U.S. Senators and certain Congressional representatives – that the current escalation of fear and violence in downtown Portland is being driven by federal law enforcement tactics that are entirely unnecessary and out of character with the Oregon way," said Rosenblum. "These tactics must stop. They not only make it impossible for people to assert their First Amendment rights to protest peacefully. They also create a more volatile situation on our streets."

“The federal administration has chosen Portland to use their scare tactics to stop our residents from protesting police brutality and from supporting the Black Lives Matter movement. Every American should be repulsed when they see this happening. If this can happen here in Portland, it can happen anywhere," Rosenblum said.