Oregon amputee grateful for friends, husband and her own strength

Doctors amputated Dawn Heth's left hand after a piece of glass cut her and she contracted MRSA. 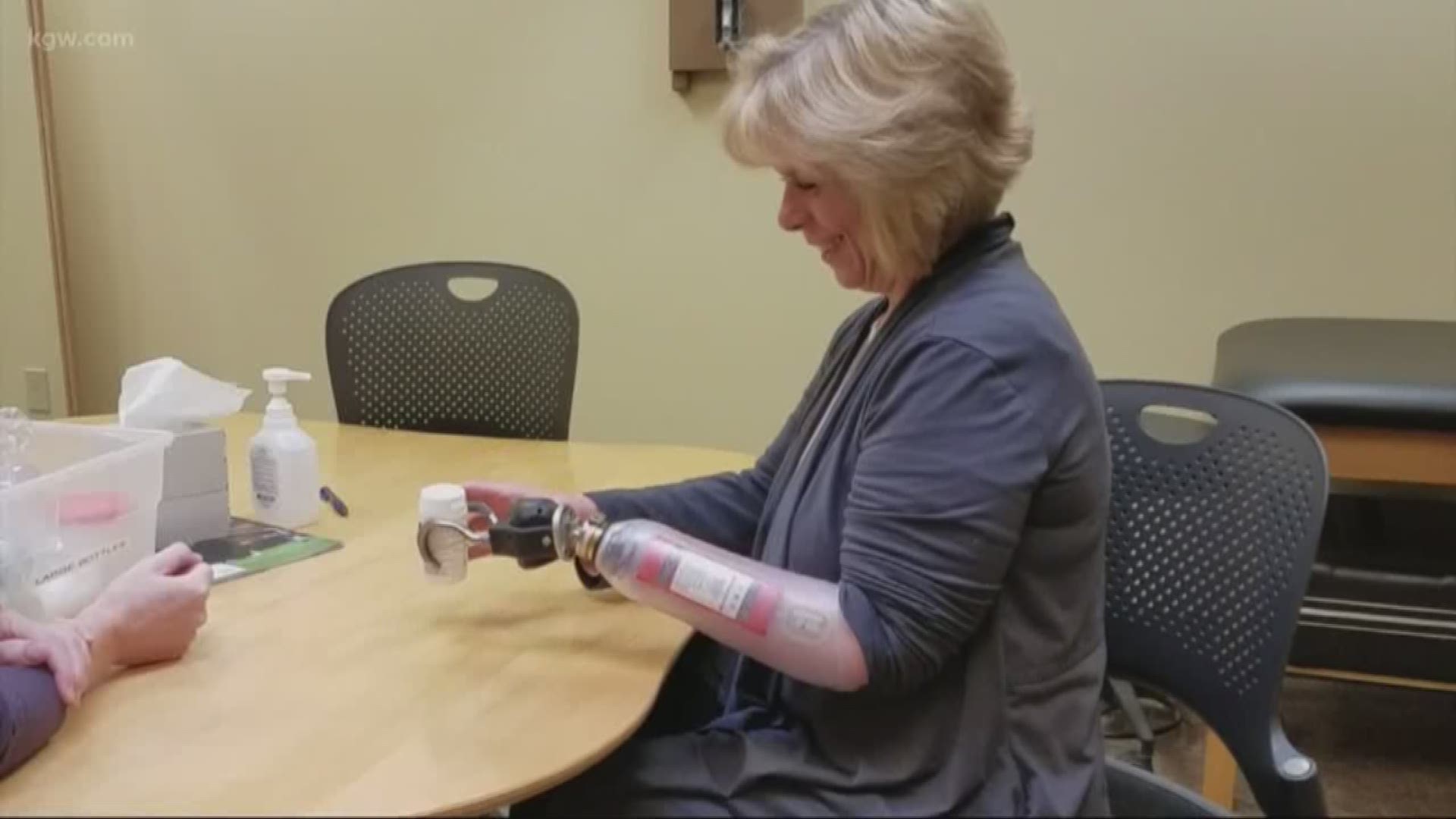 MOLALLA, Ore. — Bobby and Dawn Heth tied the knot on Sept. 13, 2007. The couple hung up their marriage license in their Molalla home, but in 2012 that license came crashing down.

Dawn was sitting at her desk nearby and put her hand out to grab it, the glass broke and cut her hand between the index finger and thumb. She went to the doctor and was stitched up. Heth said when she went home her hand started to swell. She said it was 2-3 times its normal size.

Doctors sent her back to the hospital and discovered she had contracted MRSA, a staph infection.

For five years, Dawn said she dealt with the pain of the infection.

"What seemed to be something simple turned into five years of absolute agony and pain and eight different surgeries and just craziness from that point forward," Dawn said.

A doctor at OHSU gave Dawn a few options: amputate a few fingers, leaving her with just her pinky and ring finger on her left hand, or amputate the whole hand altogether.

She chose the latter.

"The hand was just so painful. I wasn't able to use it, but this would give me the ability to regain my independence," Dawn said.

Dawn dealt with the loss of her hand but used it as motivation to regain something she lost.

"I felt worthless, I felt like I was a burden. I don't feel like that anymore. I can do things. I can clean, I can cook, I can go out and be a positive influence in society."

She was determined to find a purpose. She turned to her faith, read the bible and realized she can be a voice for the amputee community.

"If I could give one message to all the amputees out there: Don't give up. Don't give up. Find your voice, find your purpose in life because you do have one. You have a purpose and you're here for a reason," Dawn said.

Through it all, standing beside her was the man who's name was on that same marriage certificate. Dawn's husband Bobby.

Dawn says the couple has also found humor in this ordeal. They joke saying that she always loses at rock-paper-scissors because she can only do rock.

"I'm really thankful for humor because that's what we did through this whole thing. We found the humor in it. We found that if we can be funny about it, make jokes about it, if we can laugh about it other people can too."

Insurance wouldn't cover the cost of a prosthetic hand, so Bobby's bosses came together and pitched in, friends raised money through a GoFundMe and raised the rest. A year later, Dawn had her hand back.

She spent hours in physical therapy learning how to use the new prosthetic.

She was determined to gain back the independence she had lost. Her first task was learning how to dress herself.

As for that marriage certificate, it's tucked away safely unframed and without glass.

"We haven't framed it, we haven't put it back up only because we don't want to tempt fate again," Dawn said, laughing. "We don't want it to fall again."

Dawn still needs another surgery to rid her body of the MRSA virus. She'll be fitted for a new prosthetic and is just thankful for everyone in her life.

RELATED: Oregon man with Down syndrome, autism reunites with firefighters who rescued him