Oregon would have to issue 32 Real ID licenses per second to fulfill expected demand by Oct. 1: 'Just not possible'

Real ID won't be available in Oregon until July 6, just three months before the new rule takes effect. Officials are advising people to get a passport. 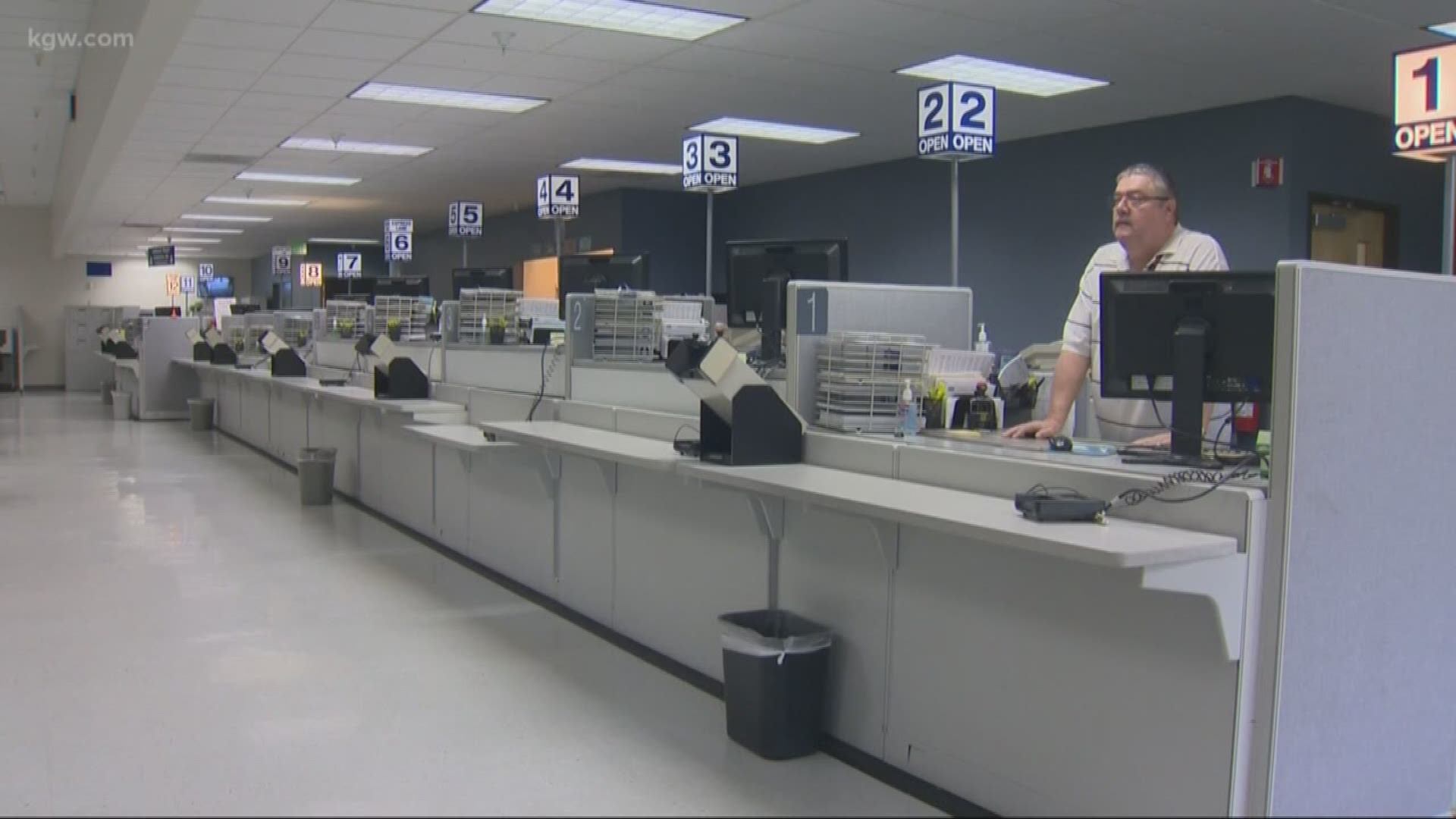 Editor's note: Video is from October 2019

PORTLAND, Ore. -- Oregon officials are once again advising people to get or renew their passport instead of waiting to get a new form of ID that will be required to fly domestically later this year.

The TSA is highly recommending that Oregonians secure an alternative form of acceptable identification now in order to be able to travel Oct. 1, 2020, and beyond.

But in Oregon, there's a huge hang up and you can't get a Real ID yet. They won't be available until July 6, just three months before the new rule takes effect.

Last fall, transportation leaders made a plea to Oregonians — get or renew your passport. They are worried about huge crowds rushing to get their Real ID in July. They're hopeful that folks can get a Real ID once the rush dies down.

RELATED: Real ID goes into effect in 2020, but it's not available in Oregon until July

In a newsletter sent on Wednesday from Secretary of State Bev Clarno, the state leader says people should get a passport if they don’t already have one.

According to Clarno, to supply nearly one million Real ID compliant licenses to Oregonians who are expected to want one, the DMV would have to issue 32 licenses a second every business day from July to October.

“That’s just not possible,” the email from Clarno said.

The TSA is highly recommending that Oregonians secure an alternative form of acceptable identification now in order to be able to travel Oct. 1, 2020, and beyond.

In addition to passports, military IDs and permanent resident cards will still get you through airport security once Real ID kicks in.

What's the difference between the ID you have now and a Real ID? Cosmetically, the Real ID will have a star in the upper right-hand corner. It means that you've provided the correct documents to confirm your identity and your citizenship and it's a way for the government to standardize identification requirements across the country.

For more information on Real ID, you can visit the Oregon DMV website.