One year after the fire, the city of Gates continues to rebuild and remember those who came to their aid. 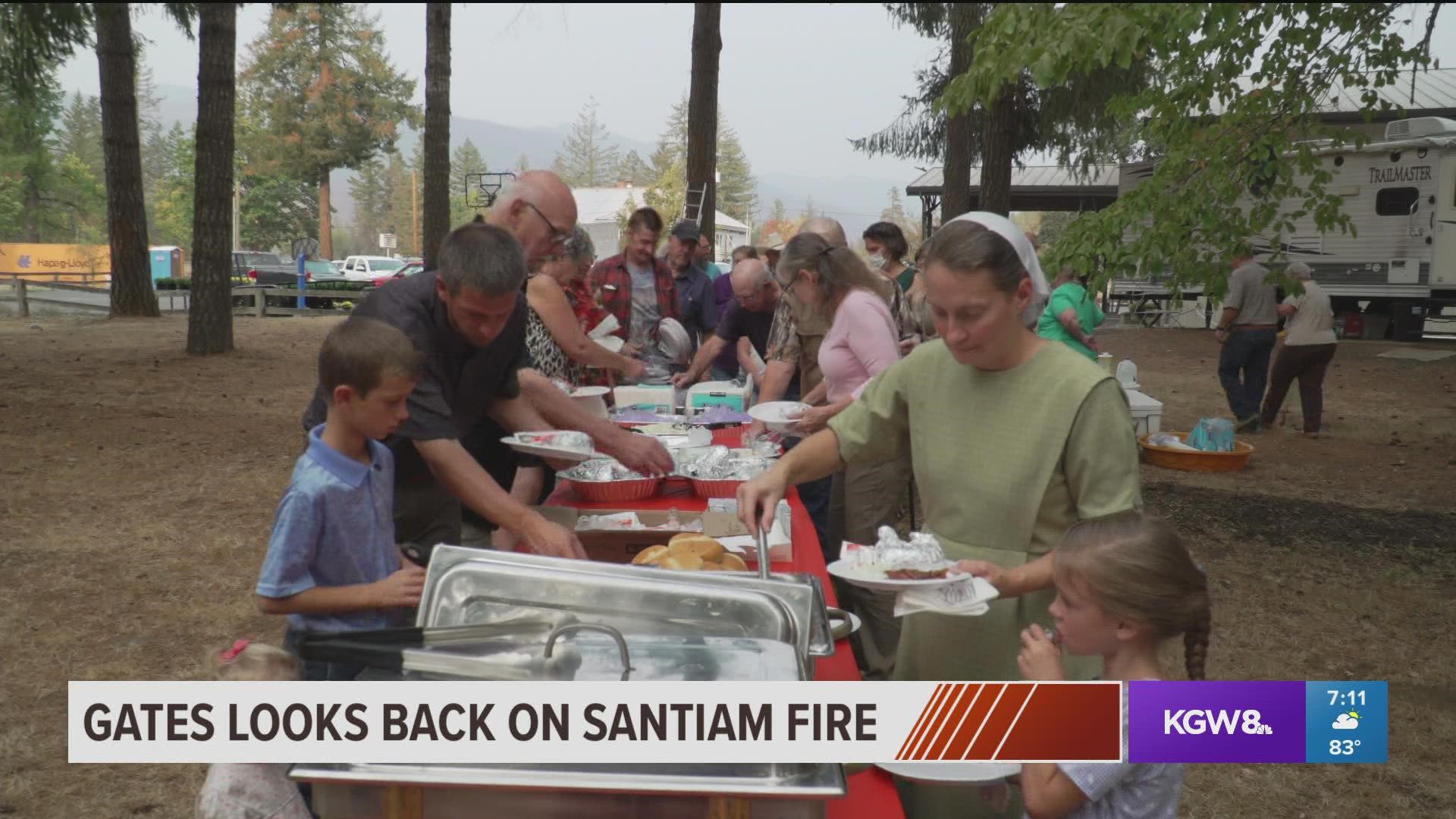 GATES, Ore. — One year ago, a wind storm, a heat wave and a series of wildfires exploded into one of the biggest natural disasters Oregon has ever seen. Many small towns, including Gates in Marion County, are still reeling from the loss. The Beachie Creek Fire destroyed half the town's homes and left countless people wondering how they'd recover.

On Tuesday, many in Gates came together to look ahead and give thanks at a special dinner. It was served in honor of those who helped during the fire.

“It's a celebration of life and a celebration of hope, moving towards the future,” said Bruce Bailey, who helped organize the dinner. The house he shared with his wife, Kathleen Becherer, was among the nearly 500 homes destroyed.

“When we were escaping our house, our house was already on fire, windows were exploding,” Bailey said.

The couple had more than 20 beloved goats. Becherer was badly burned trying to save them. She managed to rescue just one goat — their oldest named Nutmeg. Their neighbors tended to the others while Becherer was in the hospital.

“The day after the fire, they came over and buried all the goats’ remains,” Becherer said. “They planted a forsythia bush on top so we didn't have to come home to that horror.”

The outdoor dinner was held at the Gates Community Church of Christ and every church member was invited. When the fire blew up, community members sprang into action. They set up an emergency relief center in the church parking lot. The Silverton Lions Club and Elks Lodge served three meals a day from September through Thanksgiving. Bailey was there for just about all of them.

“One day I didn't show up,” Bailey said. “I got a phone call from somebody wanting to know where I was and if I was OK and if I was going to come for the evening meal. That's the level of caring that was going on.”