Santiam Canyon communities come together one year after devastating wildfires

Communities in the Santiam Canyon came together to remember the devastating fires from one year ago and recognize their communities' resilience. 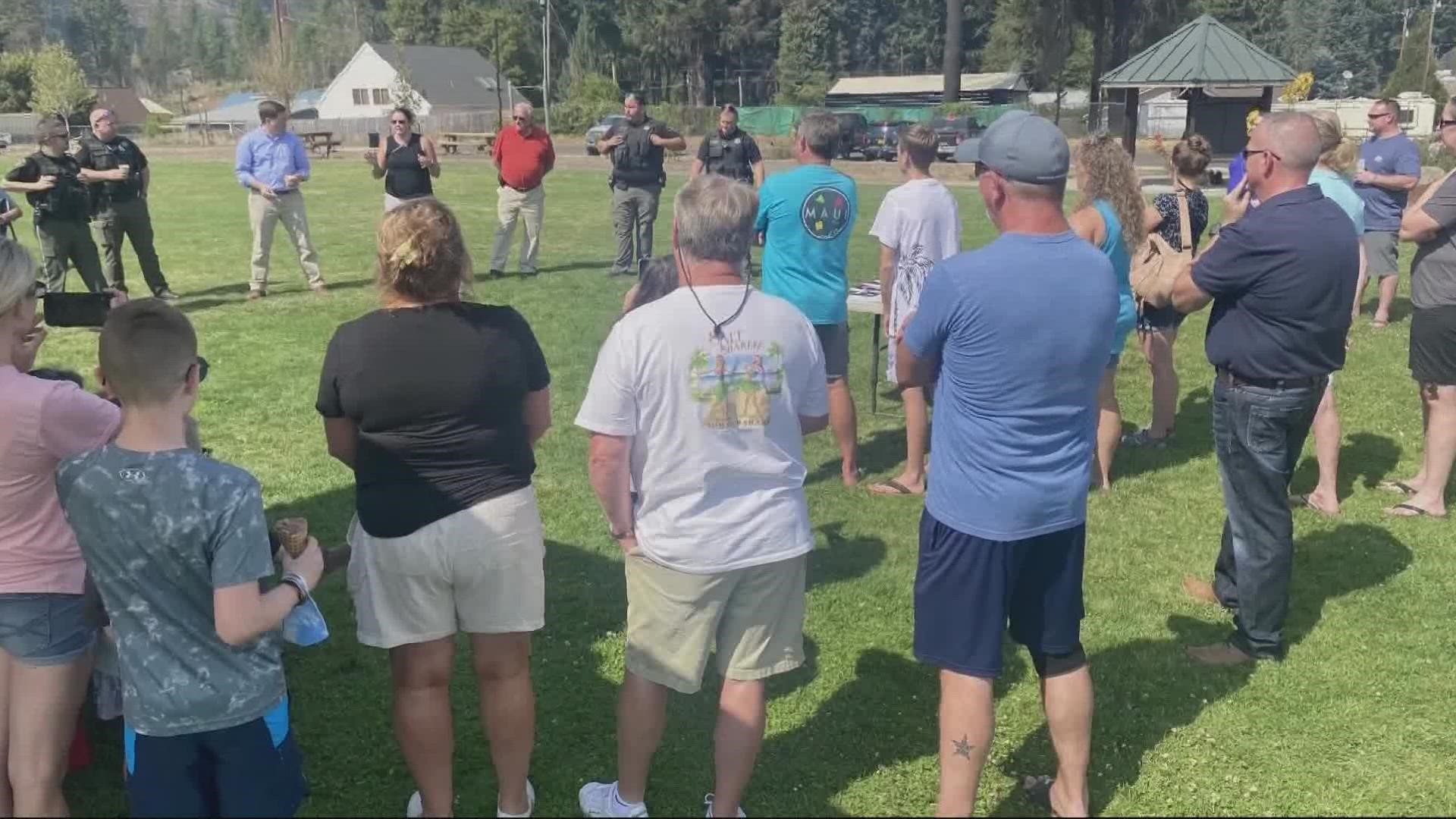 IDANHA, Ore. — One year later and people are still recovering from wildfires that destroyed thousands of homes and burned more than a million acres of land in the Santiam Canyon.

Neighbors are at all different stages of rebuilding and recovery. Some still have yet to clear burned debris off their property, while others are in the middle of rebuilding their home.

On Monday, people from Idanha in Detroit, Ore. and all over the area came together to mark one year since the wildfire that tore through the Santiam Canyon.

Dozens of people showed up for the event at Idanha City Park. They came together as a community, talked with one another, and ate together. Grief counselors and chaplains were available if anyone needed them.

KGW spoke with one of the organizers of the Idanha Detroit Fire Corps, an organization that works to support the Idanha-Detroit Rural Fire District.

“As we go through the formal ceremony today of remembering the fires of last year, people are going to start processing and experiencing those emotions all over again, so we wanted to have a formal mark on this day to give people the opportunity to come together as a community to collectively process those feelings and emotions,” said Diana Dettwyler, one of the event organizers.

Dettwyler said Marion County contributed $1,500 to help pay for the food and items needed for the event.

But throughout Labor Day weekend, communities throughout the Santiam Canyon are holding similar events. On Sunday, the City of Detroit held an event celebrating resiliency and a community still standing and moving forward.

At the event in Detroit, a banner was made and signed by community members lending the community of Greenville, California support. Wildfire engulfed Greenville, a small Northern California town, last month burning historic buildings and homes. The banner included handwritten notes and the phrase "Greenville Strong - Detroit, Oregon stands with you."

RELATED: Students in the Santiam Canyon reflect on pandemic, wildfires on last day of school

Meantime, Mill City also held its own event on Sunday and on Tuesday night, Gates will have its own community dinner, intended to honor people who took it upon themselves to help their neighbors during such a difficult time.

People in the canyon have said they're so proud to be a part of a community so strong.