One dead in Hillsboro officer-involved shooting

As officers approached the residence, they encountered a man armed with a shotgun. Police exchanged gunfire with the man. He was shot and died. 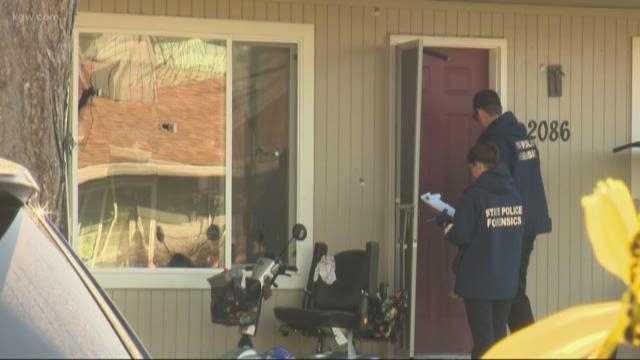 On the KGW News app? Tap to see a multimedia article and the latest updates

Police were called to a domestic disturbance in the 2000 block of Southeast 54th Avenue at 11:22 p.m. As officers approached the residence, they encountered a man armed with a shotgun. Police exchanged gunfire with the man. He was shot and died.

While names have not yet been released the family pastor tells us it was the grown son of the homeowners, in his early 20’s, who was despondent. And that he met police with the shotgun, with the goal to end his life.

A neighbor told KGW the family had moved onto the street a year ago, and are very nice neighbors. Now he says , they are dealing with deep grief.

No officers were harmed. The officers involved are on paid administrative leave, which is standard protocol.

The home where the shooting occurred appears to operate as an in-home daycare/preschool, according to KGW reporter Mike Benner. It's called "Terrific Time Child Care and Preschool," according to the sign out front. No children were being cared for at the home at the time of the late night gunfire.

Judging by the sign at the scene, it appears the home where this happened operates as a daycare/pre-school pic.twitter.com/tVwmMEGmKe

KGW checked and found Oregon law allows firearms to be stored at in-home daycares, but they must be locked up empty, with ammunition locked up in another place.

The names of the deceased and the officers involved have not been released.

The Washington County Majors Crimes Team will lead this investigation.