Officials search home of family found dead: 'There's not anything in disarray'

Sheriff's deputies were searching for bills, credit card receipts or anything else that could help them learn why the family left, why they were in California and any other circumstances related to the trip. 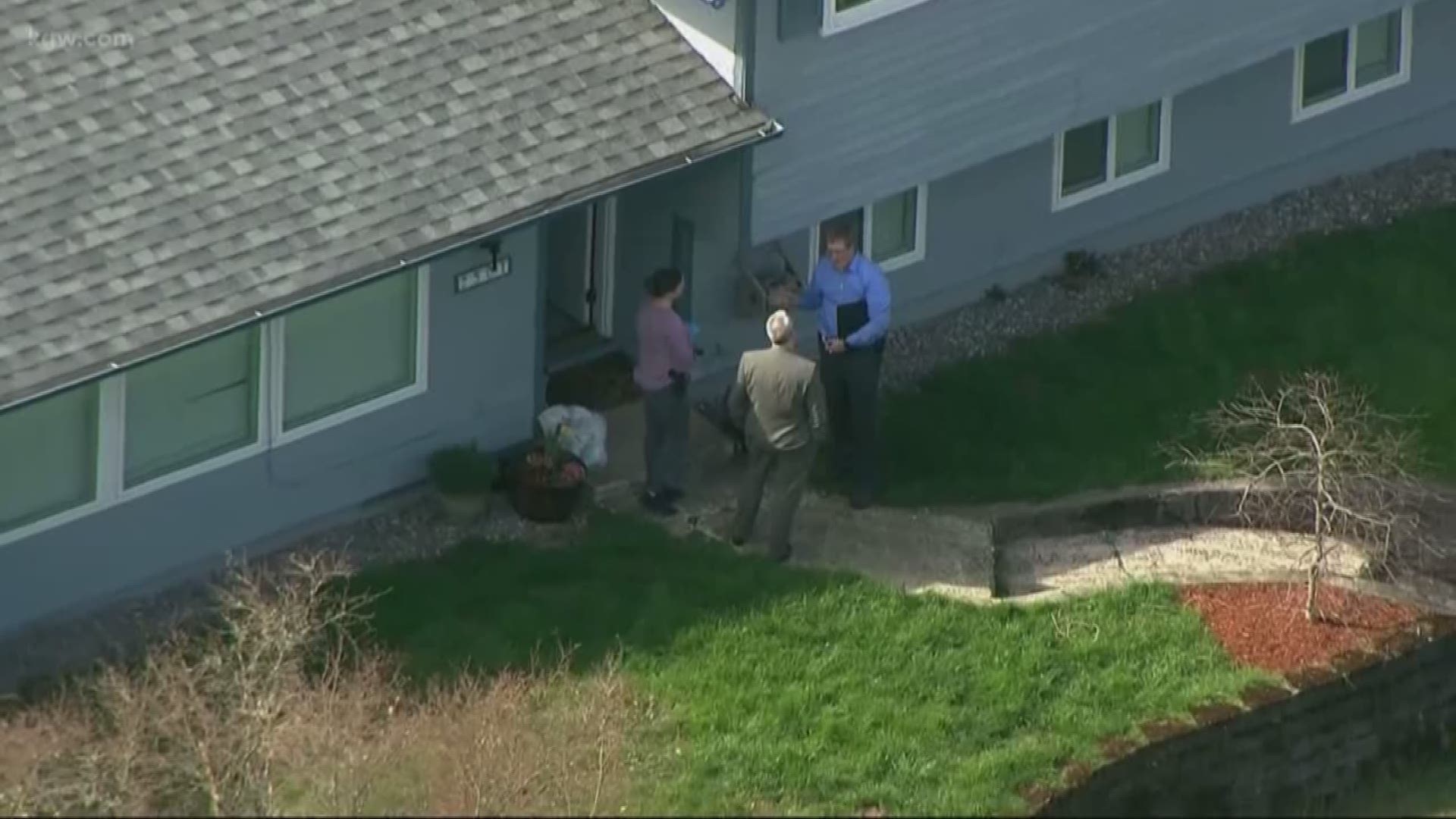 Viewing on the KGW app? Tap to view multimedia report

PORTLAND, Ore. – The mystery behind the crash that killed at least five members of a Woodland, Wash., family has expanded to include a search of their Clark County residence.

On Thursday, officials searched the split-level home of Jennifer and Sarah Hart and their six adopted children. The couple and at least three of their children died in a recent vehicle crash off the northern California coast. Three other children are missing and may have also died.

More: What we know about the fatal crash

A missing persons case was opened for the three missing children and the Clark County Sheriff's Office obtained a search warrant to aid that case.

The Clark County Sheriff's Office said deputies were searching for bills, credit card receipts or anything else that could help them learn why the family left, why they were in California and any other circumstances related to the trip.

It did not appear that the family hastily left as the home appeared to be "neat and in order," according to Brent Waddell, spokesman for the sheriff's office.

"There's not anything in disarray and no obvious signs of violence in the house," he told KGW.

Waddell said Child Protective Services contacted the sheriff's office on Monday and asked the department to conduct a welfare check at the home but no one was there. On Tuesday, the Mendocino sheriff's office asked Clark County deputies to check again for the three missing children. Again, the home was empty.

Prior to the sheriff's search, an animal control officer who entered the house to gather the family's animals found evidence that two dogs lived in the home. Their whereabouts are unknown.

Animal control officers were contacted on Tuesday afternoon by a woman who said she was an aunt of the Hart family, according to Paul Scarpelli, the manager of Clark County Animal Control.

“She was calling concerned about the animals,” Scarpelli said.

The officer, escorted by the Clark County sheriff, entered the home and found several chickens, some ducks and one cat, Scarpelli said. The animals are safe. Some were taken to a nearby humane society and an animal control staff member was fostering some of the ducklings that were found.

The officer said it appeared two dogs lived in the home but the dogs were not in the house, Scarpelli said. The officer found two large dog bowls, two dog beds and two leashes. He said there was no food laid out for the dogs.

“The house was neat and tidy,” Scarpelli said.

Scarpelli said anyone who knows the whereabouts of the two dogs should contact animal control at 360-397-2488.

Maggie Vespa contributed to this report