Charles Landeros, 30, of Eugene, was shot and killed by police on Friday after Landeros pulled out a gun during a struggle following a custodial dispute at Cascade Middle School in Eugene, Oregon. 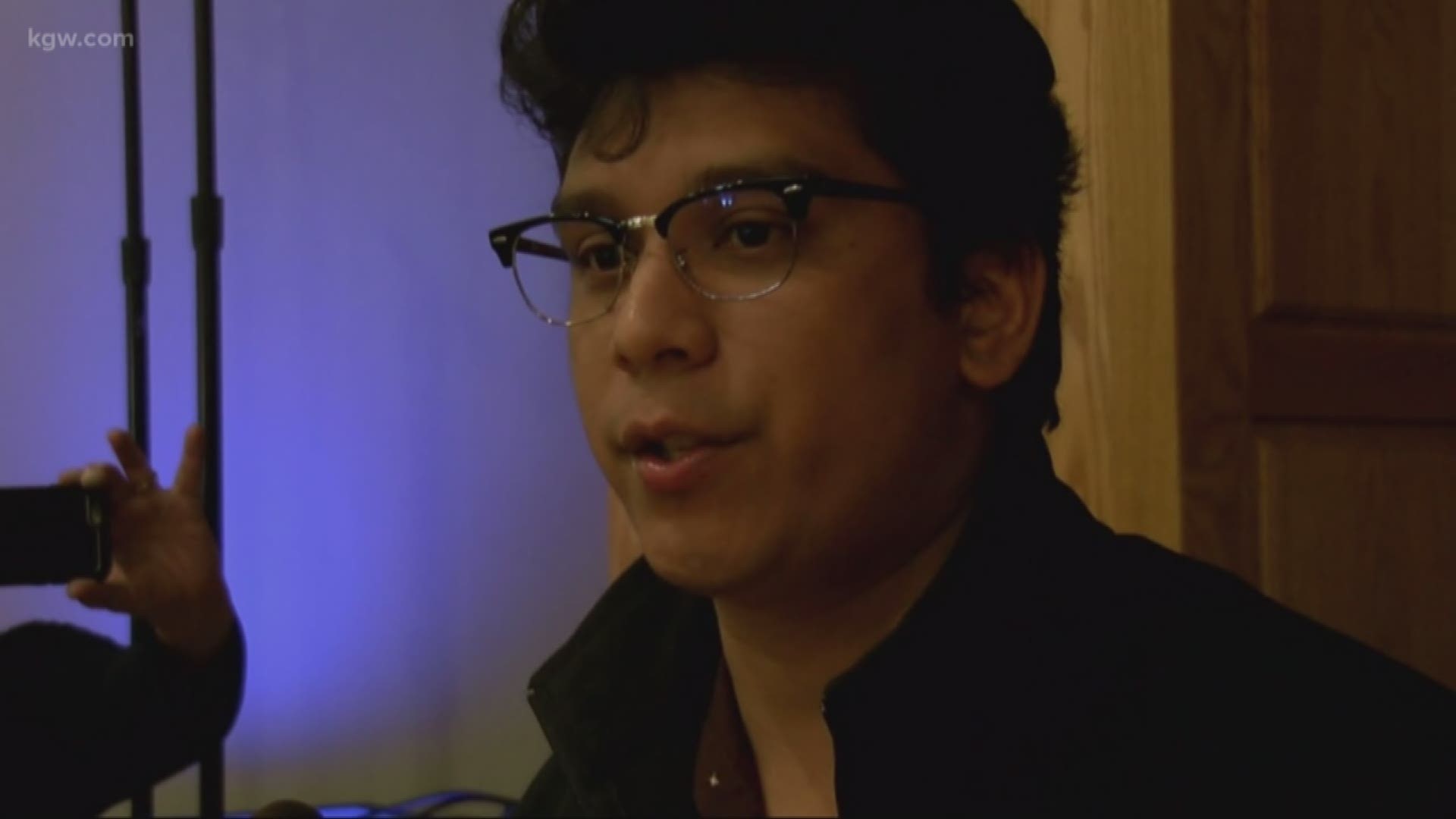 EUGENE, Ore. — A heated protest over an officer-involved shooting at a Eugene middle school ended with a police response on Sunday night, according to KGW News partner KEZI.

Charles Landeros, 30, of Eugene, was shot and killed by police on Friday after police said Landeros pulled out a gun during a struggle following a custodial dispute at Cascade Middle School in Eugene.

Organizers say the demonstration began as an anti-police protest on Sunday when counter-protesters showed up to support police, which led to a confrontation.

Some people in the crowd held signs supporting Eugene police officers, while others were holding signs claiming Friday's shooting was an "assassination" of their friend, Charles Landeros, who was shot and killed by police.

KEZI spoke with a parent of a student at Cascade Middle School who said her child was terrified when he found out about what happened and at his school. She said she was there to defend that.

"They're saying disarm cops, they're saying that was murder. It wasn't murder. [Landeros] brought a gun to my kid's school," said Karen Neurotch. "They didn't get calls because their kids don't go here. I got a call saying my kid was terrified because they heard shots fired."

A protester on the other side told KEZI they didn't want to comment on camera.

Credit: KGW via KEZI
Charles Landeros, 30, of Eugene, was shot and killed by police following a custodial dispute at Cascades Middle School in Eugene, Oregon, on Friday, January 11, 2018.

The Daily Emerald reports that Landeros was a member of a group called Community Armed Self Defense. It was created as a “new liberatory and inclusive space for all oppressed peoples to learn about armed self-defense,” according to the group’s Facebook page, which the Emerald reported is no longer publicly available on Facebook as of 4 p.m. Saturday.

Community Armed Self Defense’s Facebook page said that they could not count on the police to protect marginalized people, and that firearms help marginalized groups protect themselves, the Daily Emerald reported.

“The police are not here to protect us. They are more likely to harm us themselves than they are to ‘serve or protect’ us,” the group wrote on their Facebook page description.

The Civil Liberties Defense Center, another of the activist groups Landeros belonged to, posted about the shooting on their Facebook page. The post said Landeros left behind two daughters, ages 12 and 10, a partner, and numerous family members and friends. The group also said it will raise money to investigate the shooting on their own.

A witness to the shooting told KEZI that Landeros’ daughter was there when the shooting happened. A friend of Landeros’ spoke to KEZI and said he remembers how much Landeros loved being a parent.

"They were most happiest when they were with their kids," said the friend, who identified himself as Pladeo. "I think that being a parent was what brought them perhaps the most meaning and joy in their life."