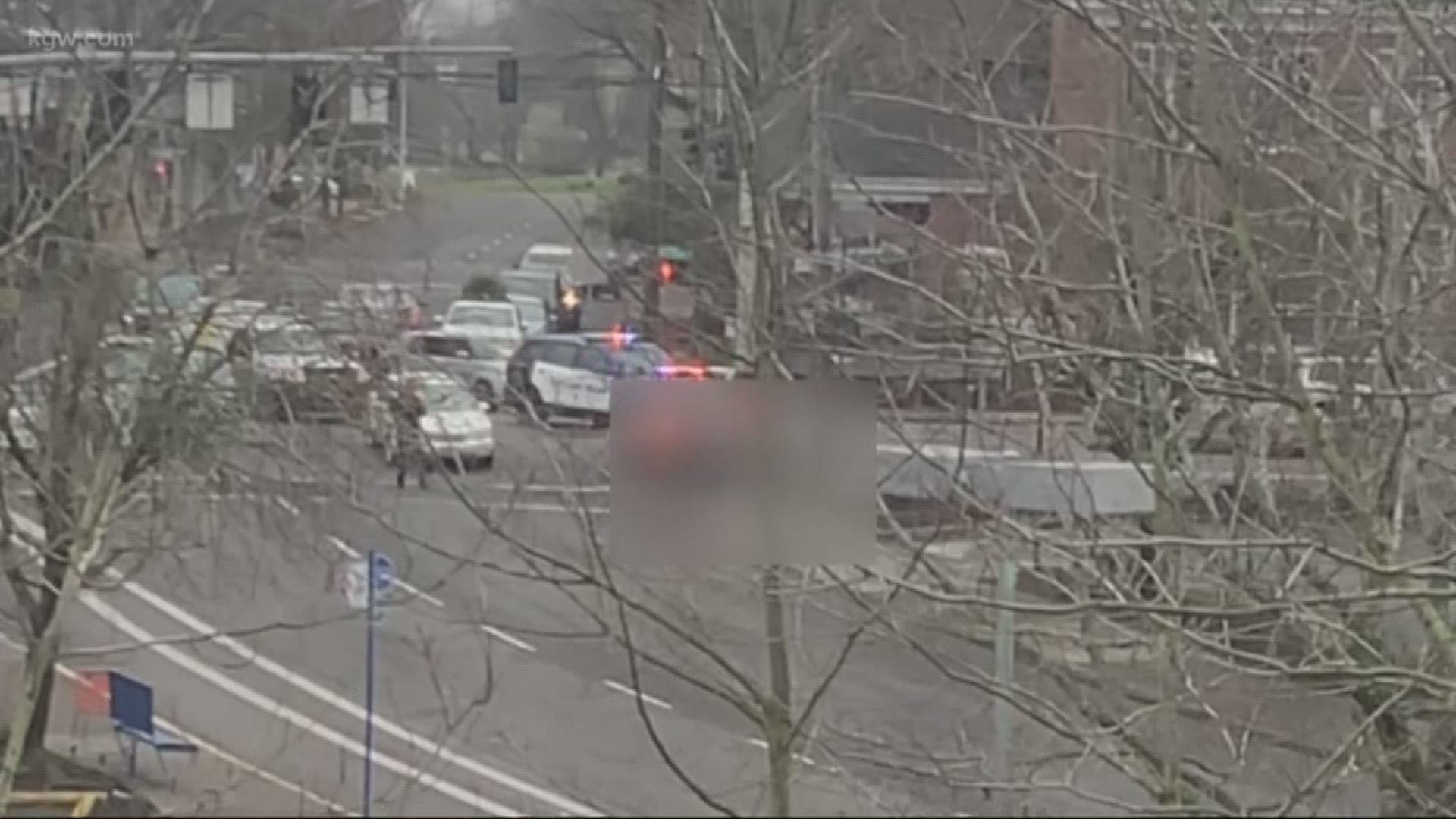 PORTLAND, Ore. — A man died in an officer-involved shooting near Southeast 103rd Drive and Southeast Stark Street in Southeast Portland on Sunday afternoon.

Koben S. Henriksen, 51, was identified as the subject who was shot and killed by police on Monday.

Police were dispatched at 1:40 p.m. Sunday to a report of suspicious circumstances involving a weapon. A caller said a man had a knife in his hand and was in the street near the intersection of 103rd Drive and Stark, police said.

Officers approached a subject, and a short time later, they reported that shots had been fired. Non-lethal and lethal rounds were discharged, according to police detectives.

"I seen the cops chasing somebody in a little white car and by the time I looked around I heard yelling, a bunch of screaming and then I heard two gunshots and a person hit the ground," Andrew Chavez told KGW.

The officers rendered medical assistance and called for medical response, but the man died at the scene.

Police report that one of the responding officers had been armed with a non-lethal tool that launches foam-tipped projectiles designed to impact a subject from a distance.

No officers were hurt, police said, and there is no further danger to the public.

The dead man's identity will be confirmed by the State Medical Examiner's Office and, after next of kin are notified, will be released to the public.

The names of involved officers will be released Monday, as per Portland Police Bureau policy. They will remain on paid administrative leave until the completion of the investigation by the Bureau and the Multnomah County District Attorney Office.

A TriMet bus was inside the taped-off scene. Police would not confirm if the bus was involved.

Police are asking for any witnesses or anyone with surveillance video in the area to come forward and call Portland police at 503-823-3333.