ODOT gets earful from community over I-5 downtown expansion plans

It could be three years before construction begins. 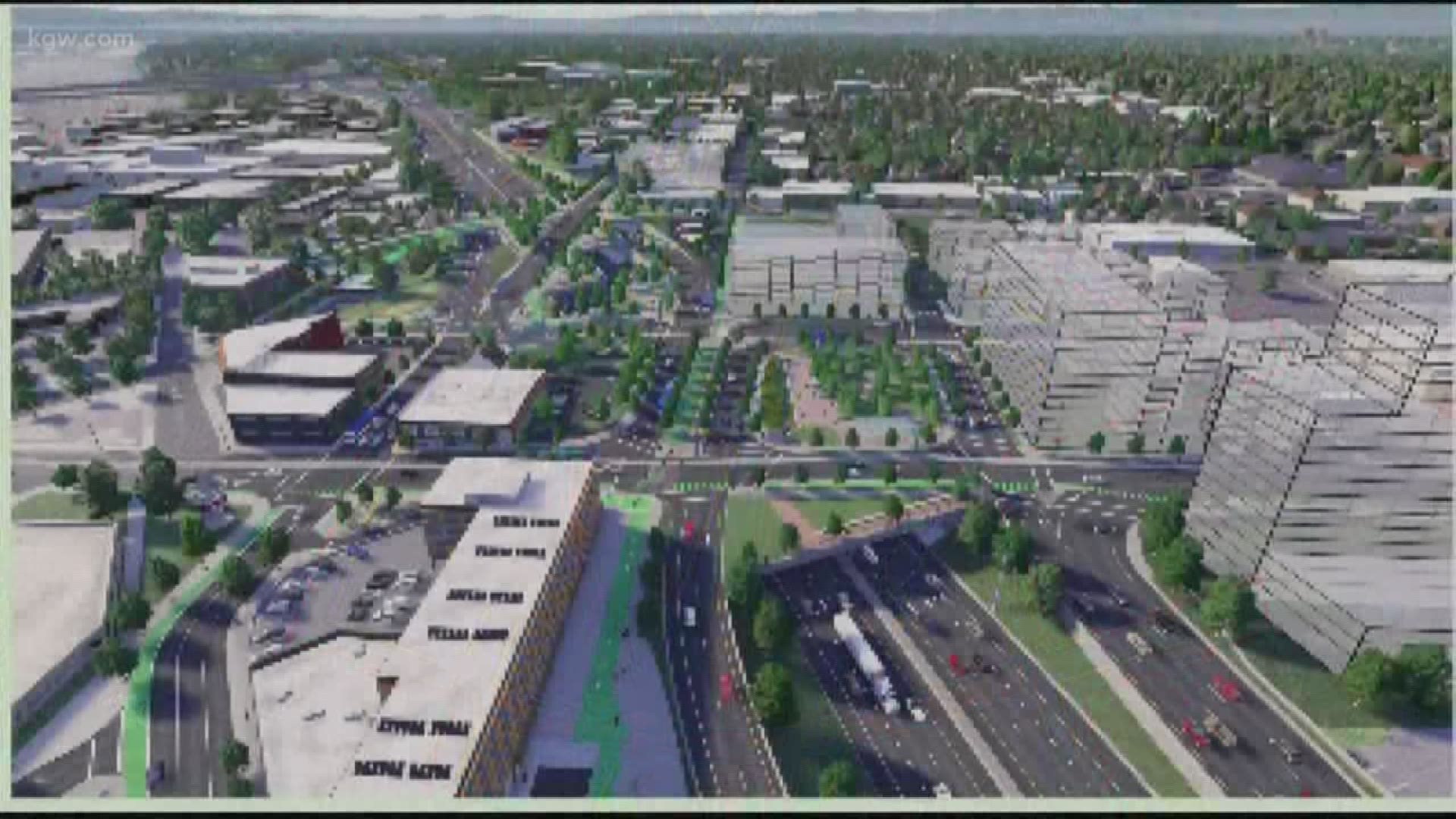 PORTLAND, Ore. — At least a hundred concerned citizens gathered at the Oregon Convention Center on Tuesday evening to give the Oregon Department of Transportation their opinions on expanding Interstate five through the Rose Quarter.

Aaron Brown is an organizer of No More Freeways Coalition.

“We cannot afford to spend $500 million on fossil fuel infrastructure when we have 11 years to figure out climate change!” he said.

ODOT’s plan is 12 years or more in the making.

There have been lots of open houses and public hearings over the years to get feedback from the public about the plan.

It would focus on the section of Interstate 5 between I-405 and I-84. The plan would add an auxiliary lane to both sides of the interstate, cap a large area of I-5 near the Rose Quarter and knock down 4 overpasses.

A spokesman said it will make a big difference.

“We think there will be a significant difference in the number of crashes in this area,” Don Hamilton said.

ODOT reports the stretch has the highest crash rate in the state, more than three times the average number.

They argue that widening the interstate will cut down on crashes and speed up traffic.

“We see a lot of issues that really get better in this area if this project is built,” Hamilton said. 'We see a slight improvement in air quality. We see a slight decrease in greenhouse gas emissions. We see increased safety -- there's a lot of advantages on the roadway part of this alone.”

The plan also makes room for building green spaces on top of the freeway cap and adding a bridge over the freeway for bikes and pedestrians.

Opponents are not swayed.

“It’s a gross misuse of public funds that our generation, my generation is going to be paying for -- for the rest of our lives,” said Brown. “And it is emphatically time for us to be thinking of other alternatives to what we invest in.”

The state is moving forward with the plans for Interstate 5. The legislature, Oregon Transportation Commission and the Portland City Council all approved the plan.

It could be three years before construction begins.