It would have taken her 24 hours to swim the 38 miles. She kept her strength up by eating every 30 minutes as she treaded water. 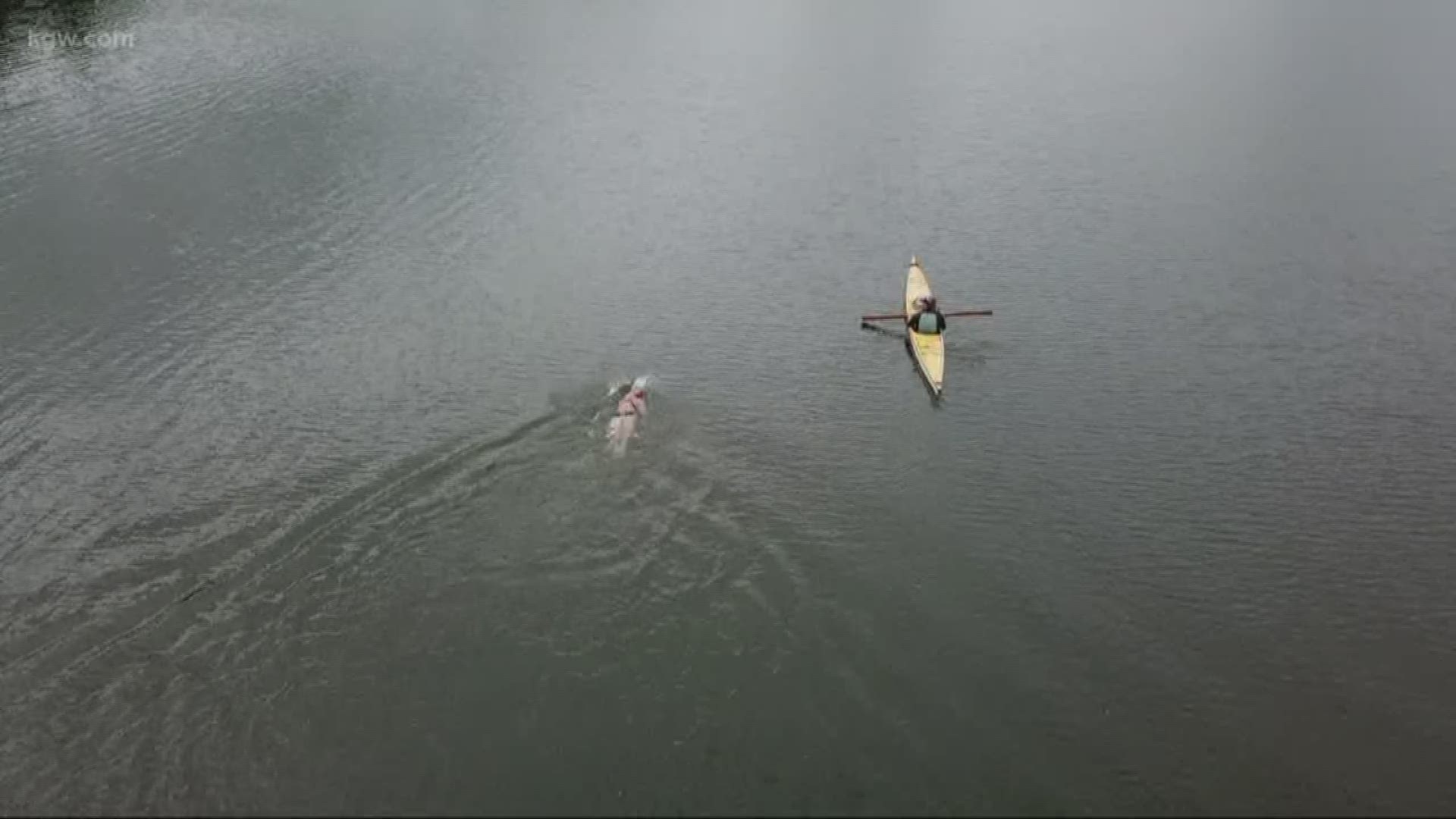 Her goal was to swim 38 miles around Sauvie Island, the largest island in the Columbia River.

Werhane started at 6 a.m. near the northern tip of the island and stopped about 30 miles and 20 hours later.

She told KGW that she was exhausted, and had been shivering for several hours before she called it quits.

“Physically my shoulders were super, super tired and sore that it was really hard to lift them anymore. And as I was turning my head, my mouth was filling halfway with water so I was taking in a lot of water. My neck hurt a lot,” Werhane said.

Swimming against the current was harder than she anticipated, Werhame said. She went 1 mph instead of the 2 mph she usually swims. At the end, she was taking in river water and her neck hurt too much.

Werhane's miles in this effort is about 10 miles further than the 21-mile swim across the English Channel.

She said she was heartened by island residents who cheered her from houseboats and the shore. She also saw supporters on the Sauvie Island Bridge and bicyclists who stopped to offer support.

As for how she was able to keep her strength up? She ate every 30 minutes.

“I did a lot of solid foods as well as liquid foods. So I had things like pumpkin pie filling in squeeze bottles and tapioca pudding. I ate some boiled eggs. I had some beef sticks. I had chai tea, so I tried to do warm things,” she said.

“At one point I had coffee and hot chocolate mixed together.”

She said she had been preparing for her goal by swimming a lot in the Willamette and Columbia rivers. She said she swims year-round in open water and she has continued to push herself over the past 8 or 9 years.

That's a good thing because this particular swim wasn't easy.

But when Werhane started going with the current, she anticipated the water temperature would drop, making it more difficult to swim, which actually happened.

Werhane said her challenges were going to be mostly be mental.

"You're constantly hearing those little voices telling you to get out, that you're tired, that you're done, that you can't go further," she said before the swim.

But Werhane had a good strategy to combat those negative thoughts.

“You tell it to shut up,” she laughed.

She kept her strength up by eating every 30 minutes as she treaded water. She said the menu included squeeze-bottle pumpkin pie filling and tapioca pudding. She also ate eggs and beef jerky and drank Tang, chai tea and a mix of hot chocolate and coffee.

Werhane also had a whole team behind her, following along on her route, prepared to help if necessary.

Sauvie Island is located about 10 miles northwest of downtown Portland.

RELATED: Swimmers rescued after rip current pulls them out to sea at Rockaway Beach