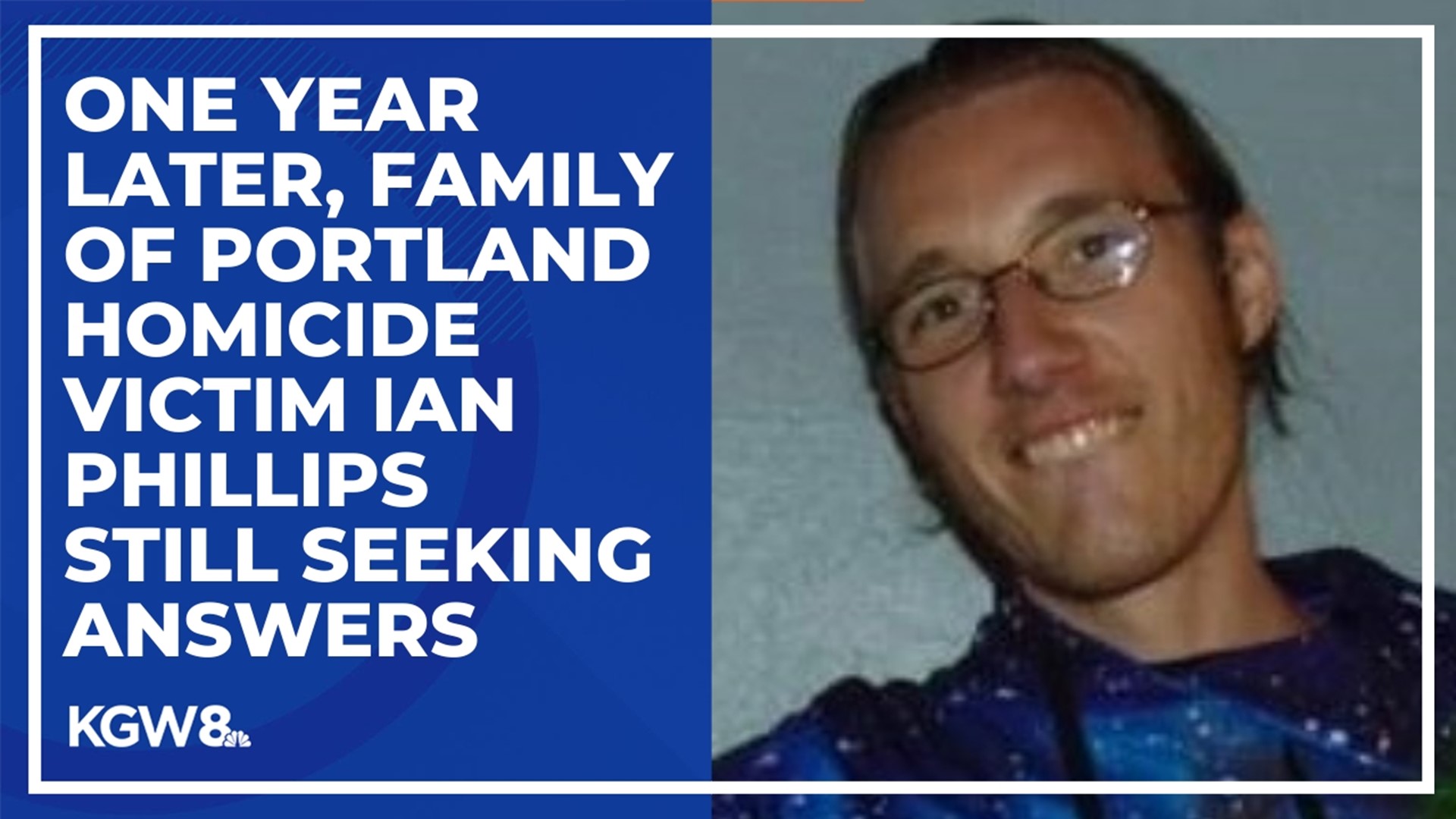 PORTLAND, Ore. — One year ago, on November 23, 2020, Portland police found Ian Phillips shot to death in his car on Northeast 122nd Avenue near Glisan Street in the Hazelwood neighborhood around 1:30 a.m.

One year later, the details surrounding Phillips' death are limited. There have been no updates, no arrests and no suspects named in this case. Phillips' family hopes that will change. However, Judy Grace, Phillips' grandmother, said it's hard to be optimistic that they will get answers.

"I’ve looked into it a little bit and the fact that after a year, they don’t have any at suspects... The possibility of it ever being solved is really almost nil," she said.

A tree on 122nd is now covered with photos of Phillips, across many stages of his life. It stands only feet from the place where he was found dead.

"I call it the only witness to the murder," said Grace. "So far, it won't talk to me or give up any information, but we've put pictures up of Ian on the tree and light candles and plant flowers. It's a great place for us to come individually and together. It's a nice monument, but we'd rather have Ian."

She told KGW News that her grief remains heavy. She can still recall clearly getting the phone call from detectives last November, right before Thanksgiving.

"Unless you’ve experienced this, people have no idea what it’s like. It was like a punch in the gut... I don't think I could breath for two weeks."

As another holiday without Phillips approaches, the family prays for a breakthrough in the case.

"I really miss him. There's so many things that I would've liked to share with him," said Grace.

Anyone with information about this homicide can contact Crime Stoppers of Oregon, which offers a reward of up to $2,500 for any details that leads to an arrest.