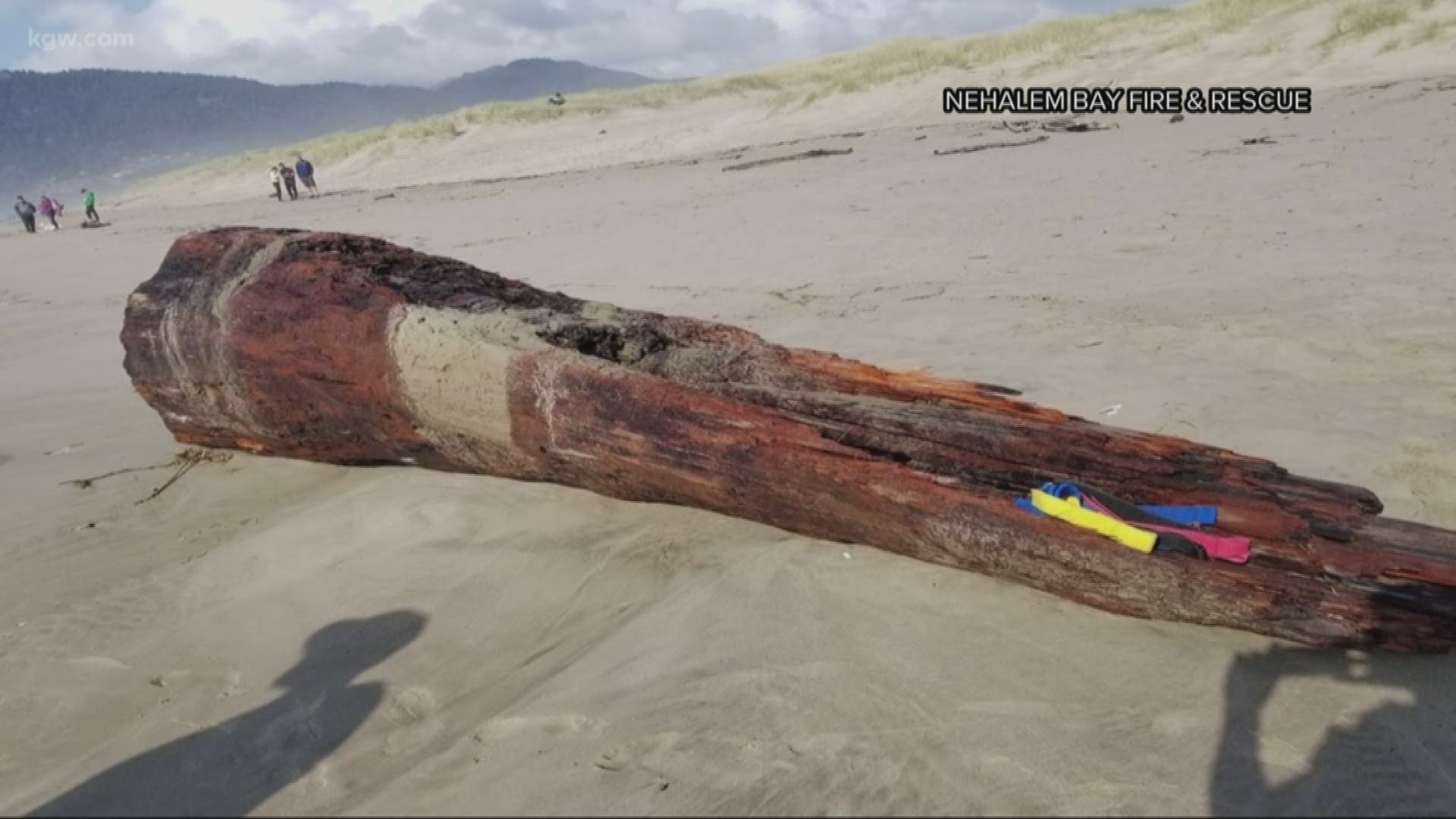 NEHALEM, Ore. — A woman was "crushed" by a large driftwood log after a sneaker wave hit the beach at Nehalam Bay on Saturday, according to Nehalem Bay Fire & Rescue.

The woman was sitting on the log when a sneaker wave hit, flipping the log on top of her. She suffered serious injuries and was flown to a Portland hospital, authorities said.

Nehalem Bay Fire & Rescue said this incident is a reminder to "NEVER turn your back on the ocean."

U.S. Coast Guard Chief Chris Hinote said the Pacific Coast can be very unforgiving. "At the end of the day, it’s just knowing where you’re going and what you’re doing, respecting the water, respecting the area you’re in," Hinote said.

"We just want everybody to be as safe as they can when they come and visit [the coast]," she said.

Sneaker waves earned that name "because they appear without warning, often surging high up on the beach with deadly force, and are impossible to predict," according to the Oregon Parks and Recreation Department. "Sneaker waves also carry a large amount of sand that can saturate your clothes, weighing you down and making escape difficult if not impossible."