Two young boys were pulled about 100 yards out to sea by a rip current. Then two of their family members jumped in to try to save them.

Twelve-year-olds Kamren and Dallin were about waist deep in the water at Rockaway Beach when they were swept out.

“The boys were in a lot of shock and they were screaming,” explained Dallin’s mom, Suzette Briggs.

Two family members then ran in to try to save them. One of their uncles jumped into a raft to try to get to them, but it capsized, dumping him and several life jackets into the water. Gustin then swam out, grabbing those life jackets she found floating in the ocean.

“By the time I swam out to them, they were really exhausted,” Gustin explained.

Gustin was able to get the life jackets around the two boys, but she could not get them back to shore.

This would also be a very different story if it were not for a brand new water rescue tool the Rockaway Fire Department used for the first time Monday night, after training with it for about a year. The tool is called EMILY, which stands for Emergency Integrated Lifesaving Lanyard. It is a battery powered, remote controlled boat.

“Being a volunteer department, we don't always have the trained personnel available at any given time to send a crew out into the water on a jet ski, so we have to have a different option,” said Rockaway Fire Department Chief Shawn Vincent.

That different option saved four people Monday night. EMILY was sent out first to the uncle who tried to go out on the raft. It was then sent out again to grab Gustin and the two boys.

“That is a life saver, like right there, I think every beach needs to have that,” Gustin said.

While this rescue had a happy ending, firefighters said it was a reminder of the dangers of the ocean at Rockaway Beach, which is located south of Manzanita in Tillamook County.

“This is not a swimmers beach, sorry, it's, I've always said that and this is not where you should come if you want to go swimming,” Chief Vincent said.

The boys swallowed a lot of water and had hypothermia, but family said they are now doing great. 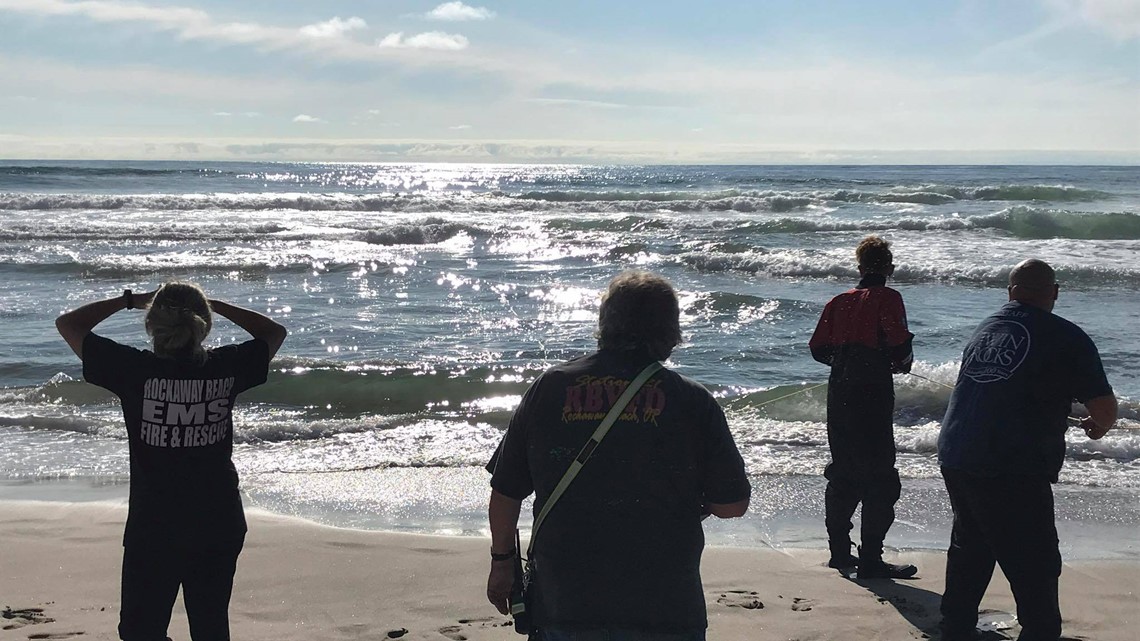 Rockaway police, Nehalem Fire and Rescue, and the U.S. Coast Guard all assisted with the rescue.