Some Afghan families are expected to arrive in Oregon as early as next week. 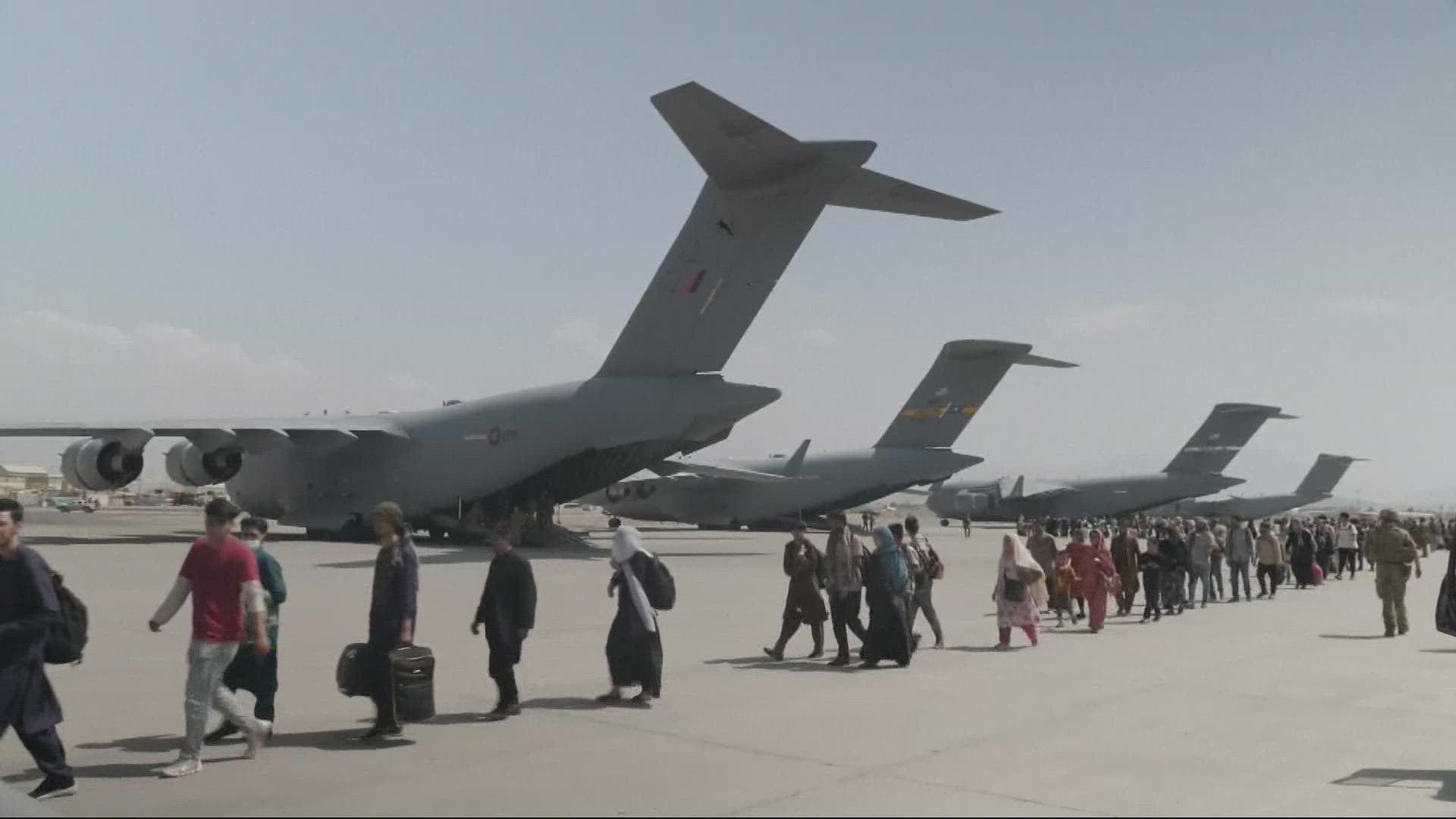 PORTLAND, Oregon — The images are hard to watch: thousands of Afghan refugees desperately trying to escape an oppressive regime, in a country where some could face death.

“It is tragic and we are reeling — I think as everyone is, right now,” said Luke Glaze, director of Salem for Refugees, a nonprofit that supports refugee resettlement in the Salem area.

For several days, Glaze had been awaiting word on a specific Afghan family of 10. One family member served as an interpreter for the U.S. military while in Afghanistan, earning their family a special immigrant visa.

“We just heard today that the family has made it out so we were kind of on pins and needles,” said Glaze. “We're expecting them to arrive in Salem in just the next couple of days.”

RELATED: 'Reach out to your battle buddies': Veterans respond to violence in Afghanistan

This fall, Salem for Refugees will help up to five more Afghan families start over in Salem. The nonprofit hopes to raise $50,000 in emergency financial assistance to help those families transition into affordable housing.

“Something very close to our hearts is working in resettlement, knowing the trauma that's caused by these events and wanting and preparing to help.”

Portland-based Ecumenical Ministries of Oregon (EMO) is expecting Afghan families to arrive in Oregon as early as next week. Many of those families will arrive as parolees, meaning they won't be eligible for some of the same public benefits or supports as refugees.

EMO director of public policy advocacy Britt Conroy hopes Congress passes emergency legislation to help Afghans access those supports. In the meantime, he's partnering with other nonprofits to do what they can to help.

“Really, the work is helping someone get their feet on the ground, feel welcome and start the day-to-day efforts of working, going to school and connecting with community,” said Conroy.

Back in Salem, Luke Glaze said even in the last week, the nonprofit has seen an outpouring of volunteer help and donations for those who will soon call Oregon, home.

“People really want to support these families,” said Glaze. “We are incredibly grateful.”