This time last year, Family Promise of Tualatin Valley had about 130 housing requests. This year, they've had over 500 requests. 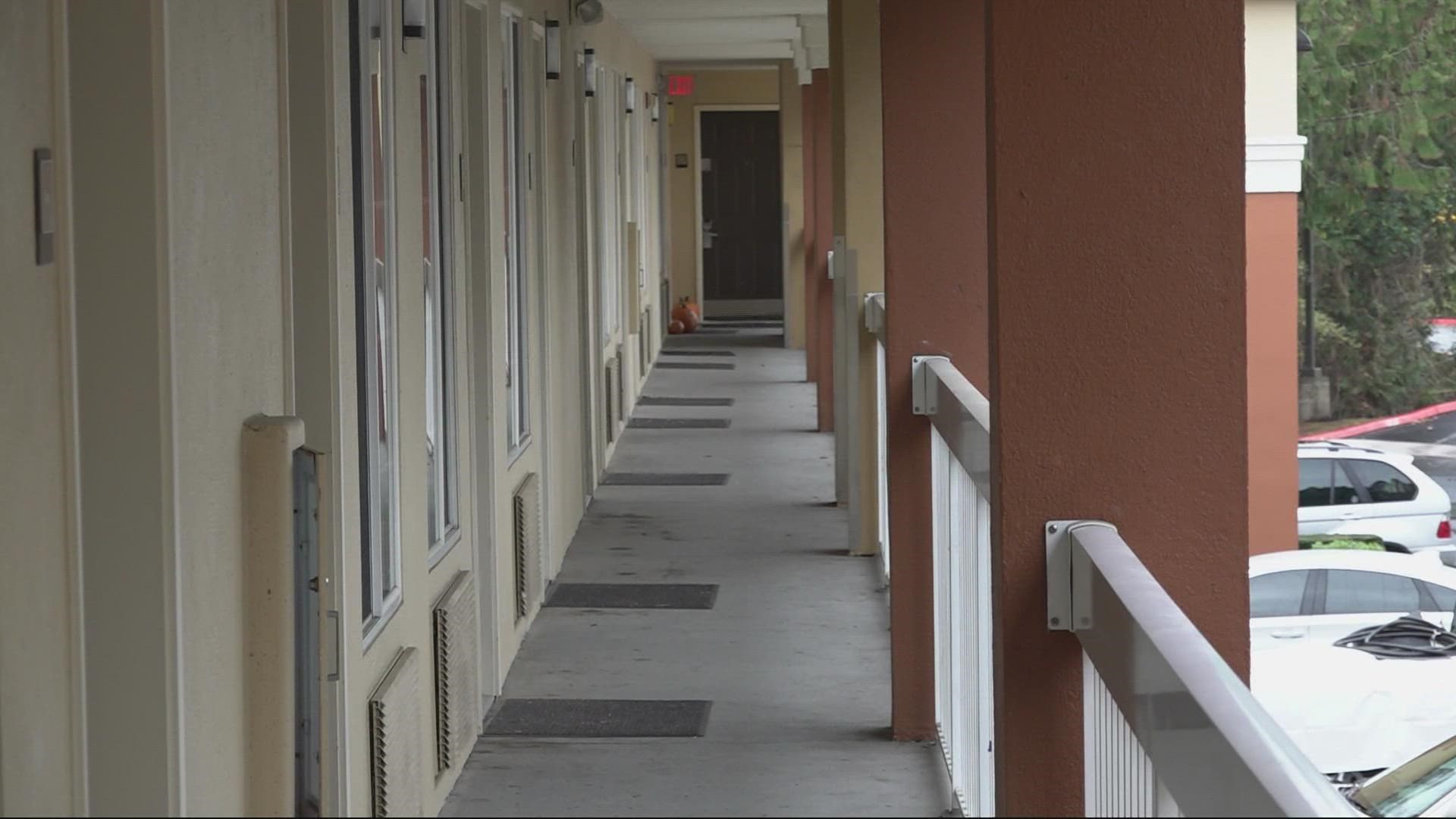 TIGARD, Ore. — Homelessness is one of the most obvious issues in the city of Portland, but it has also become a growing problem in the suburbs.

Rose Money, executive director of Family Promise of Tualatin Valley, said some of the causes of homelessness in Washington County include lack of affordable housing, loss of jobs due to the pandemic and evictions.

Mellissa Yerton was homeless in Beaverton with her three children until Family Promise found them a motel room to stay in for two months, and then an apartment.

"There was nowhere else for me and my kids to go besides sleeping in my car," Yerton said. "So this was an awesome opportunity."

Family Promise has filled 37 rooms at a Tigard motel with clients who were previously houseless. The organization also provides healthy food and a lot of resources for permanent housing. Yerton is now in a three-bedroom subsidized apartment.

Family Promise has been around for the past three years, and the organization has helped thousands of people. Money said the need keeps increasing.

At this time last year, they had about 130 housing requests. This year, they've had over 500 requests.

"It's not only happening in the inner cities, it's happening everywhere. So here in the more suburban areas, we are seeing a big increase," Money said. "Especially in homelessness."

Money said it costs around $150 a night for each of the families to stay in the motel rooms.

Family Promise of Tualatin Valley relies on donations. Those who'd like to help contribute can visit the organization's website.