"She was loving, she was kind. She brought us all Valentine's gifts the day before. She's watched our dog for numerous days. Just sweet as pie." 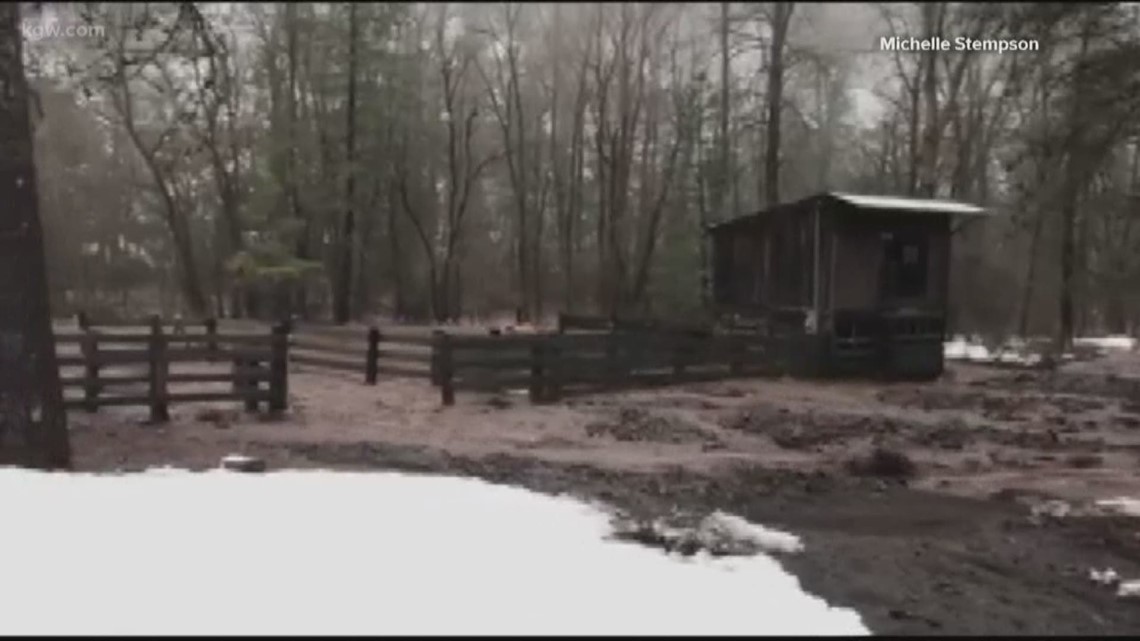 ADAMS, Ore — When the Umatilla River spilled over the banks in eastern Oregon, it sent mud, debris and water through the Bar M Ranch.

Videos posted to the ranch's Facebook page show the water gushing through the property.

The flood waters had started to rise on Thursday and neighbors there begged Janet Tobkin Conley to leave her home and stay with them on higher ground.

"The trees are down, a bridge that goes over to the hot springs pool has been decimated," said Mike Stempson, who runs the ranch year-round with his wife Michelle and their four children.

The 633-acre Bar M Ranch is a nonprofit retreat center in the Blue Mountains. The Umatilla River runs along the property. When heavy snow fell, followed by heavy rains, it caused the river to change course.

"That river runs right behind the lodge and that river is actually running in front of the lodge instead of behind it," Michelle Stempson said.

RELATED: People pull together to help after historic flooding in Umatilla County

The lodge was built in 1864 and the Stempsons say Presidents Hoover and Coolidge have visited the site.

The floors of the 156-year-old building are now covered in mud.

And now Janet is gone.

He went back Thursday night to convince her again, but nothing worked. On Friday, he and his neighbors went back to her house and found her door open.

"We searched three or four more times that day, looked all over her house and it's super sad. I never knew before I moved up there how devastating water can be," Michelle said.

"She was loving, she was kind," Mike said. "She brought us all Valentine's gifts the day before. She's watched our dog for numerous days. Just sweet as pie."

Search and rescue crews rescued 54 people, 10 dogs, one cat and one rabbit. The Stempsons and their neighbors were rescued by the Air National Guard on Saturday.

"So we got on the helicopter. 15 minutes to pack a bag with four kids. As a mom, that was a little crazy," Michelle said.

The Bar M Ranch is operated by the Calvary Church in Kennewick, Washington. The church says they don't have flood insurance and will have to cover the cost of repairs by themselves.

RELATED: 'I got three inches of water in my lower living room. It was three feet yesterday'