A number of community organizations are able to offer computers and internet to job seekers thanks to a nonprofit called Worksystems. 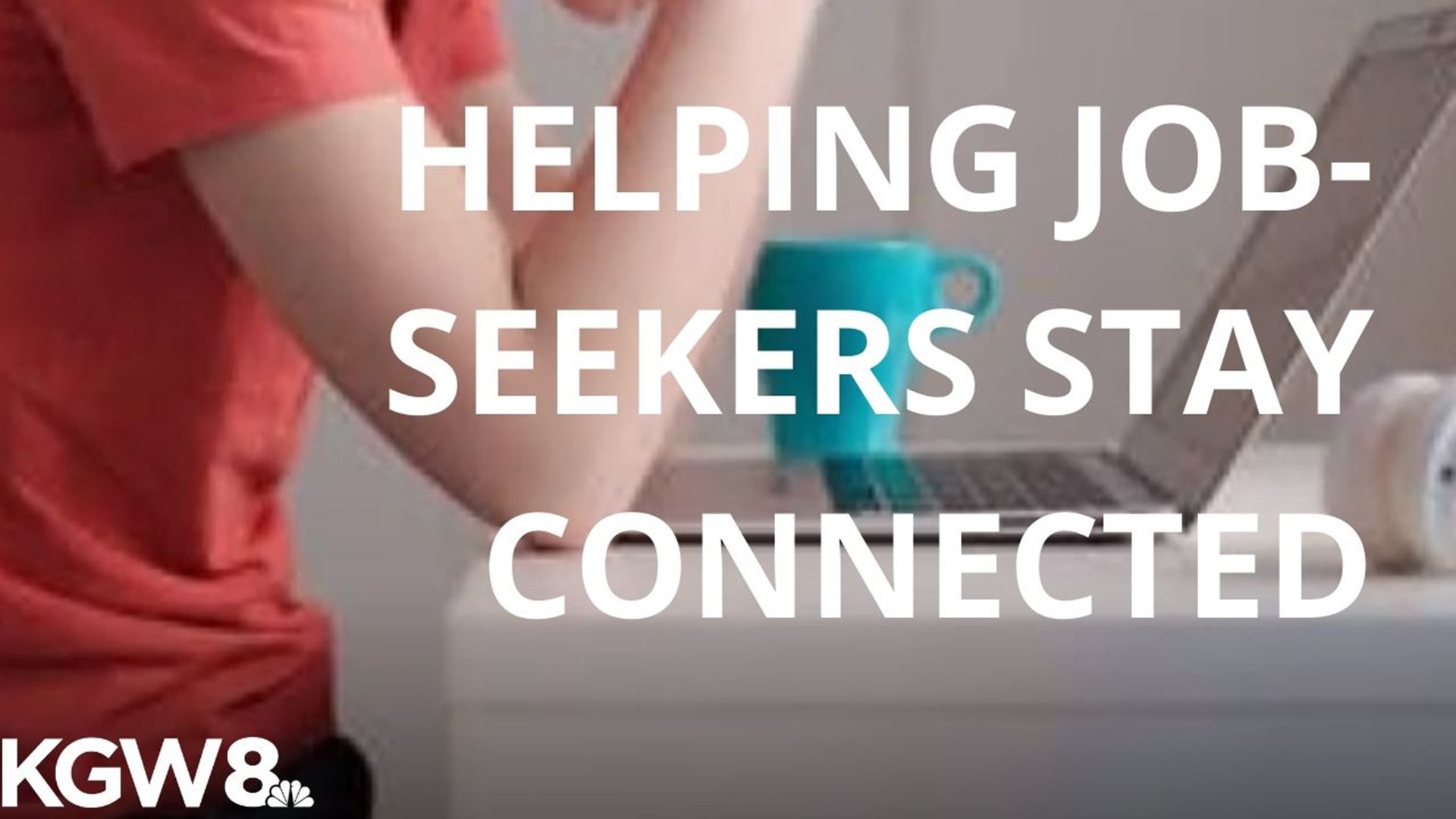 PORTLAND, Ore. — The pandemic has cost a lot of people their jobs, but organizations in our community are trying to help job seekers, especially those who might need a little extra help.

“After the pandemic happened, that’s when things slowed down a lot,” said Nehemiah Head, who lives in Portland.

Head said he was laid off from his lab technician job at Portland Community College. In fact, he had just graduated from a program to pursue a new career in the heating and ventilation field, but then the pandemic hit. Now, like so many people, Head is now looking for a job.

He said now it’s a waiting game. But in the meantime, he’s getting help on his job search. He got a computer and internet access through Central City Concern. It’s an organization that helps people transition out of homelessness and into self-sufficiency.

“We don’t have to go out there and spend money we need to set aside to maintain during this time," he said. "It means a lot.".

“We partnered with Comcast in their internet essentials program and purchased about 400 computers and internet access,” said Andrew McGough, Worksystems Executive Director.

McGough said he knows 400 laptops and internet access is a drop in the bucket. The need for jobs and internet connectivity is so great.

But he said they’re brainstorming ways to continue to help more people.

“We have a bent toward working with organizations that serve populations that are either struggling to reconnect with the labor market or have been under-served in the past,” McGough said.

Head is grateful for the help, especially since he’s also a dad to 7-year-old Nia.

He’s hoping employers give him, and the many others in the same situation, a chance.

Worksystems has also given $10,000 grants to more than 40 community organizations in Multnomah and Washington counties.

McGough said the money came from the State of Oregon's Rapid Response Fund and was set aside to help with large layoffs. Those grant dollars are meant to keep employees at community organizations working so they can serve people who need help.

RELATED: Q&A: Safety a big concern as workers return to their jobs