Police respond to 9 separate shootings in 16 hours across Portland 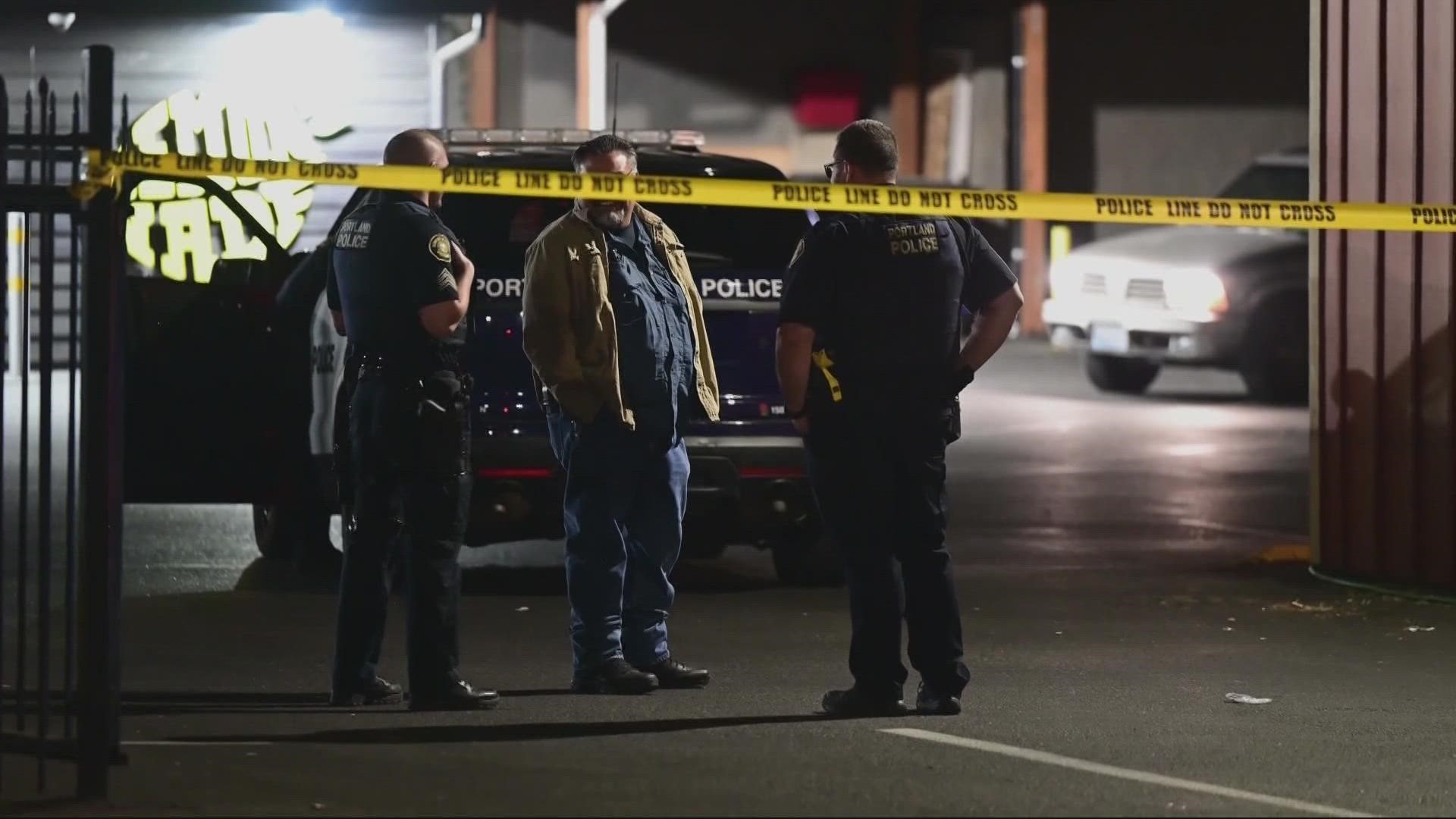 PORTLAND, Ore. — Two people were seriously injured and a service dog was killed in nine separate shootings that happened across Portland over a period of 16 hours.

The Portland Police Bureau (PPB) said the shootings happened between 12 p.m. on Aug. 31 and the early morning hours of Sep. 1.

"It was a very violent night in the city of Portland," said Sgt. Kevin Allen. "When we have a busy night like this we know that's going to take away from our ability to respond to other calls."

PPB released the following information about the nine shootings:

Brian Robinson lives near Southeast 122nd Avenue and Market Street. He said news of the most recent string of shootings is disappointing.

"It's not something that's a big surprise as much as [crime] has been increasing," said Robinson. "But that amount in that little of time, yeah."

Investigators are asking witnesses or anyone who may have information or video of the shootings to contact them at crimetips@portlandoregon.gov.

Crime Stoppers of Oregon is offering up to $2,500 for information that leads to an arrest.