Nike announced in a memo to employees that Salazar's ban has become a distraction to athletes. 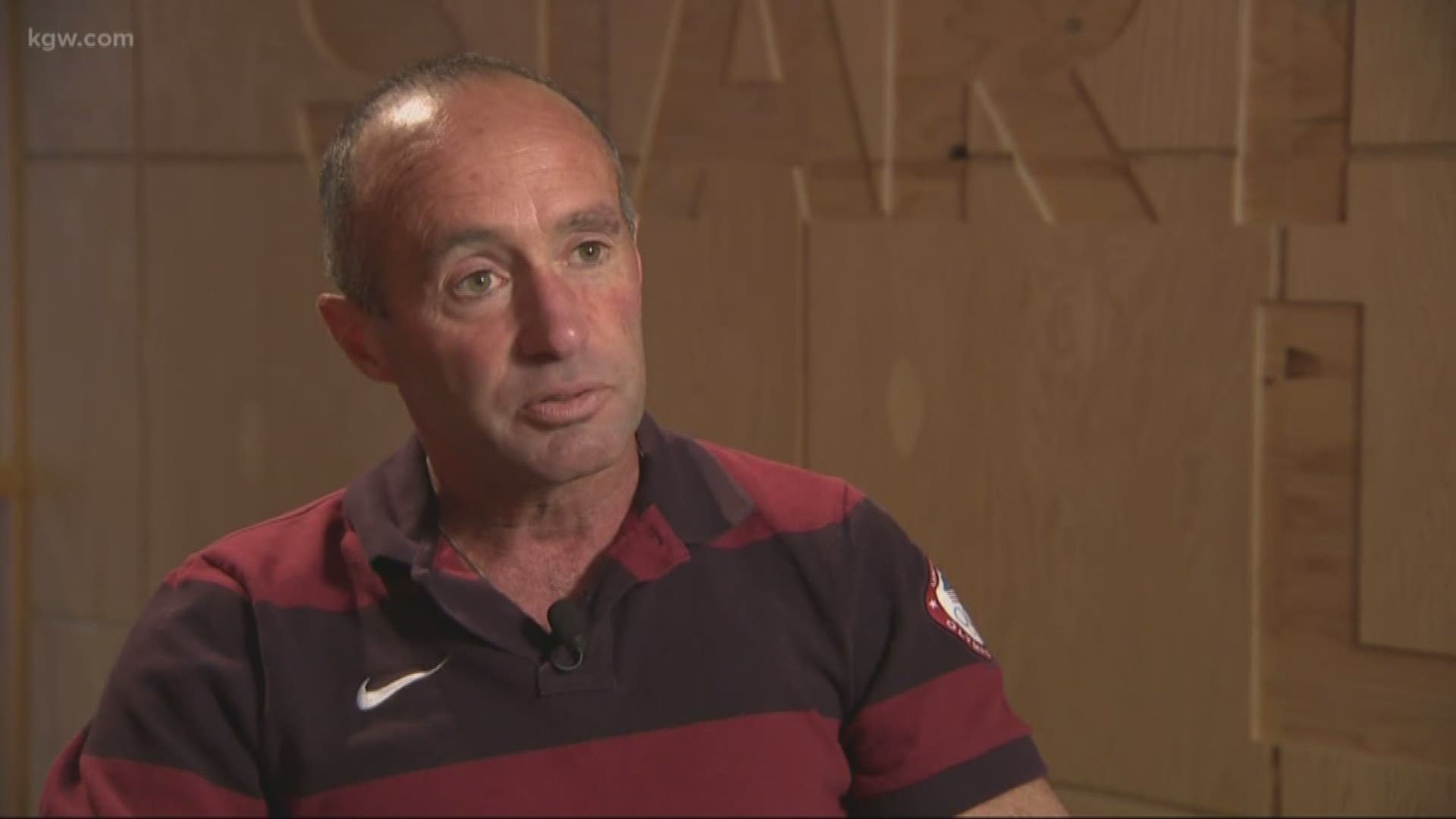 Nike said in a note to employees that while Salazar’s appeal case is pending the company will “wind down” the Oregon Project – an effort that was launched in 2001 to make American distance running competitive at the world stage.

“This situation, along with ongoing unsubstantiated assertions, is a distraction for many of the athletes and is compromising their ability to focus on their training and competition needs,” said Nike CEO Mark Parker.

Salazar trained four-time Olympic champion Mo Farah and is the coach for a number of other top runners including Galen Rupp.

Rupp has been coached by Salazar since he was a student at Central Catholic High School in southeast Portland. Rupp is set to compete in the Chicago Marathon on Sunday.

On Sept. 30, the U.S. Anti-Doping Agency announced that an arbitration panel decided on a four-year ban for Salazar and endocrinologist Jeffrey Brown for, among other violations, possessing and trafficking testosterone while working at the Nike Oregon Project.

Team, As you know, last week I shared my thoughts on the recent USADA ruling regarding Alberto Salazar and The Oregon Project. I want to reiterate that Nike has always tried to put the athlete and their needs at the front of all our decisions. While the panel found there was no orchestrated doping, no finding that performance enhancing drugs have ever been used on Oregon Project athletes and went out of its way to note Alberto’s desire to follow all rules, unfortunately, Alberto can no longer coach while the appeal is pending. This situation, along with ongoing unsubstantiated assertions, is a distraction for many of the athletes and is compromising their ability to focus on their training and competition needs. I have therefore made the decision to wind down the Oregon Project. We will help all of our athletes in this transition as they choose the coaching set up that is right for them. And, as we have said, we will continue to support Alberto in his appeal as a four-year suspension for someone who acted in good faith is wrong. Thanks, Mark Parker Chairman, President and CEO, NIKE, Inc.