Some residents told KGW they are kept awake at night by the fireworks, flash bangs, and tear gas. 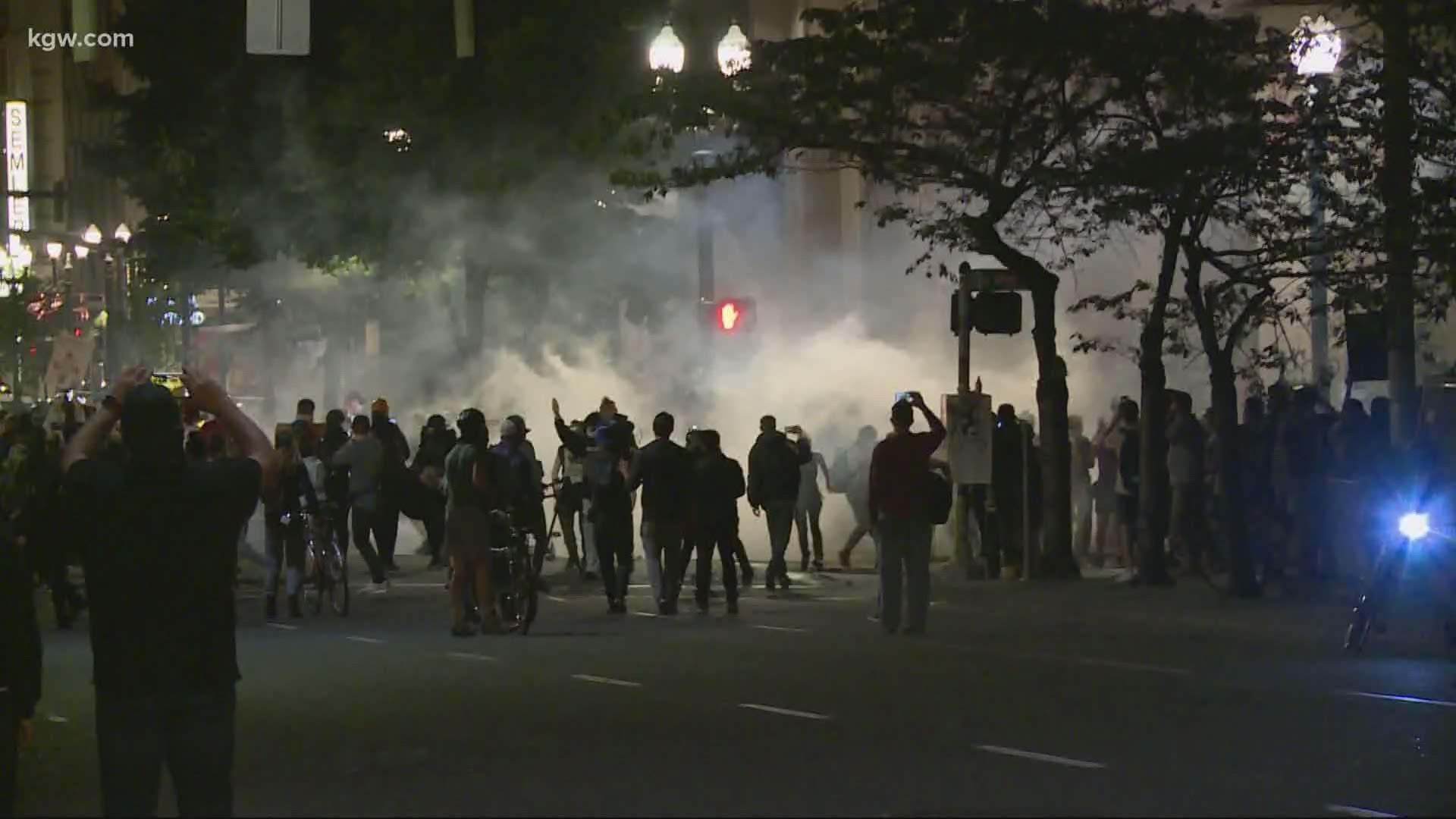 PORTLAND, Ore. — Gabriel Johnson has lived in the Essex House Apartments in downtown Portland for seven years. He has loved it -- until now.

"I compare it to a war zone and some people will take that and say he must be exaggerating but no," said Johnson.

Johnson said he is kept awake by the nightly demonstrations taking place just two blocks from his home. The sounds of fireworks and flash bangs, he said, are overwhelming. The tear gas is bad, too.

"We can expect every night to wake up choking or whatnot because tear gas is coming in," he said.

Johnson, a veteran, reached a breaking point last weekend. He grabbed an American flag and walked down to the protest to talk to people. Johnson said he was called every racial slur in the book.

Johnson is not the only one frustrated by what is going on downtown. KGW has received a number of calls from downtown residents who are fed up. A woman living within a few blocks of the Justice Center and federal courthouse spoke to us by phone because of fear of retaliation.

"The residents who live downtown have been completely ignored," she said. "No one has bothered to address us or contact us in any way regarding any action taken to quell the violence."

The woman said she marched during the demonstrations in the days following George Floyd's death. She said she supports racial justice, but not violent protests.

"My fear is it'll end in bloodshed, someone or more than one person will be killed," she said. "That's sad and frightening, too."

She said someone needs to do something to end the violence. Gabriel Johnson agrees.

"Right now we need solid leaders to be in control and lead us out of this situation," he said.

RELATED: 'This is just mindless violence': US Attorney for Oregon critical of local leaders response to protests