Court docs: Newport woman says she stabbed young son because 'he deserved it'

A Newport woman with two children is facing attempted aggravated murder charges after police say she tried to stab her 6-year-old son to death. 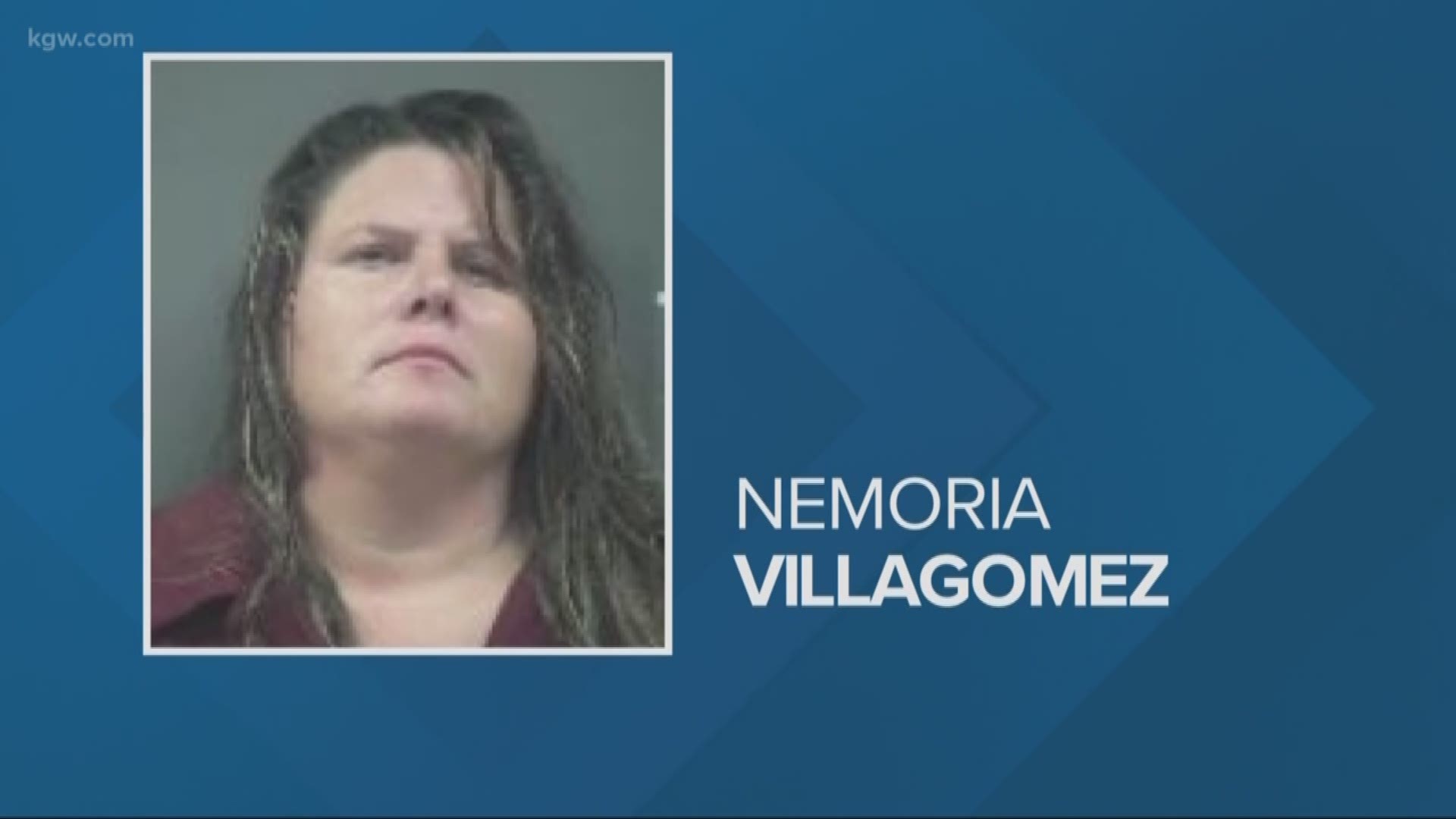 NEWPORT, Ore. — A Newport woman told police she stabbed her 6-year-old son on Saturday with a steak knife because "he deserved it," according to a probable cause affidavit.

The child was stabbed six times and has a punctured liver, lung and a deep stab wound on his chin. Another of the woman's children, a 14-month-old baby boy, shows signs of strangulation. According to the affidavit, one of the children tested positive for methamphetamine; the other child is being tested.

Newport police said Tuesday that the boy is in good condition and is expected to be released from the hospital soon. The baby was released to the custody of the Department of Human Services on Saturday after an evaluation by medical staff.

The suspect, 34-year-old Nemoria Villagomez, got both children back from the Department of Human Services in January. Both kids were born drug-addicted.

She's currently in the Lincoln County Jail, and her bail has been set at $1.1 million.

On Saturday at about 6 p.m., the 6-year-old boy ran to a neighbor's apartment at the Agate Height Apartments at Northeast 60th Street in Newport. The boy had a visible stab wound and was covered in blood, police said. He told his neighbor his mother stabbed him.

When officers arrived, they said the boy was suffering from multiple stab wounds. Officers then went to the mother's apartment and found a "large pool of blood on the coffee table," according to the affidavit. They also saw a bloody kitchen steak knife and blood smeared on the walls.

They found Villagomez in a bedroom laying on the bed with her 14-month-old baby. According to the affidavit, her hands, arms, legs and feet were covered in blood. The baby also had blood on him.

"They found quite a bit of blood on the kitchen floor so they kept calling out, calling out, didn't get anybody," said Newport Police Chief Jason Meloy. "They went through the apartment, found her and a small child in the back bedroom. They were able to get the small child away from her, handcuff her, without incident."

Newport police said the boy was taken by air ambulance to a Portland hospital with life-threatening injuries. He was in good condition on Tuesday.

The baby was treated at a local hospital and placed in DHS custody.

"Our investigator is working through the weekend, still trying to identify the motive, identify family, follow up and retrace what Miss Villagomez was doing that day, the previous day, try to figure out what happened," said Chief Meloy.

Aunt: Boy 'loves anybody he meets'

Danielle Stringer, the paternal aunt of the 6-year-old boy, said the family has not been allowed to talk with the boy because he is in protective custody.

Stringer said she wants justice for what happened to the kids.

"I want my nephew and baby to know she [Villagomez] can't hurt them again. I want her to pay for what she did," Stringer said. "She needs to see jail time. She needs serious help and she does not need to be able to hurt anybody ever again."

She said she's confident the boy will pull through.

"He's strong and he's stubborn and he'll make it," she said.

Stringer said Villagomez has struggled with anger and substance abuse.

"Nemoria has a bad past with drugs and a temper, and I don't think she could handle herself or her life anymore and she took it out on the poor babies," Stringer said.

Court records show Villagomez has a criminal history in Lincoln County, Oregon dating back to an assault charge in 2009. That assault charge was dismissed but she pleaded guilty to harassment.

In 2014, Villagomez pleaded guilty to DUII. Two weeks before receiving the DUII, she refused to take a test for intoxicants. She also racked up eight violations for driving while suspended and operating a vehicle without driving privileges.

In 2016, she pleaded guilty to assault. Court documents show she attacked a person in her household, a 25-year-old man named Khelsey Raye Lyday. Her minor child was a witness to the crime, documents show.

History of sentencing for murder of children in Oregon

In 2014, two mothers killed their children in two separate cases on the Oregon coast. Both have been convicted of murder.

Woman who killed one daughter, injured another gets life in prison

In November 2014, Jillian McCabe threw her 6-year-old son off the Yaquina Bay Bridge in Newport. The Lincoln County District Attorney said the woman planned the act for weeks.