The board voted in favor of banning Pride and BLM symbols in schools at a meeting in early August. 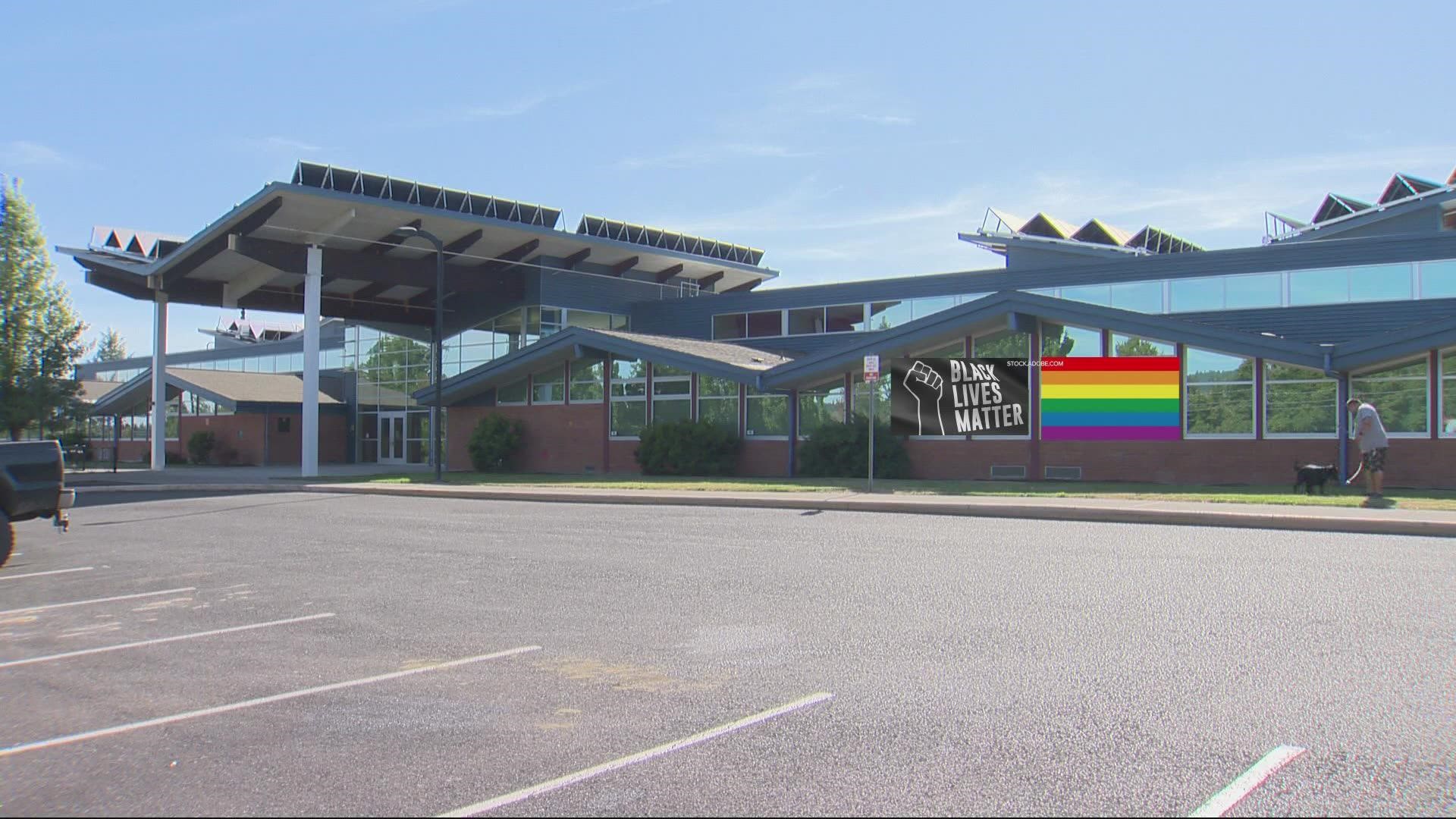 NEWBERG, Ore. — The Newberg school board's virtual meeting Wednesday night was nothing short of tense. It is really no surprise. Board members have been butting heads for weeks.

Last month the board voted to ban Pride and Black Lives Matter flags in district facilities, and they voted to ban staff from wearing Pride and BLM attire while at work.

On Wednesday night, the board was expected to walk back that ban during a special meeting and refer it to the policy committee for policy development.

"My concerns are around the legal ramifications," school board director Brandy Penner said. "Our policies are based on law and this will be, to my current understanding, illegal."

"I think that the motion is enforceable if certain parties want to enforce it," Shannon said.

Director Shannon, along with directors Dave Brown, Renee Powell and Trevor DeHart — a 4-7 majority — voted to table the discussion for another day. This means nothing has changed since last month's decision. The board as a whole is still in favor of banning Pride and BLM symbols in district facilities.

If this directive ever does make it to the policy committee, do not expect much to change. The committee is made up of two directors who are in favor of the ban and only one who is against it. When committee assignments came up for discussion Wednesday night, there was more discord.

"I don't believe it's appropriate for members to question the committee assignments," Shannon said.

"Why not," asked director Ines Pena, who is against the ban.

"It's never been done before," Shannon responded.

There are a lot of eyes on what is happening in Newberg. The ACLU of Oregon sent a letter to the board calling the Pride and BLM ban ill-considered and unlawful. The ACLU is urging the board to retract its actions immediately or prepare for a showdown in court.

The chairs of the Oregon House and Senate Education Committee Chairs are now calling on the school board to rescind the ban.

Rep. Teresa Alonso Leon and Sen. Michael Dembrow released statement on Thursday saying, in part, the school board has "inflicted harm on Newberg students, educators, and families by failing to back down from this unconstitutional and unjust ban on Black Lives Matter and Pride flags."

The statement went on to say, "The directors must listen to their BIPOC and LGBTQ+ students. They must stop taking actions that are contrary to state or federal law. They must maintain their oath of office."