The pedestrian bridge connects Forest Park and Washington Park on the Wildwood Trail. 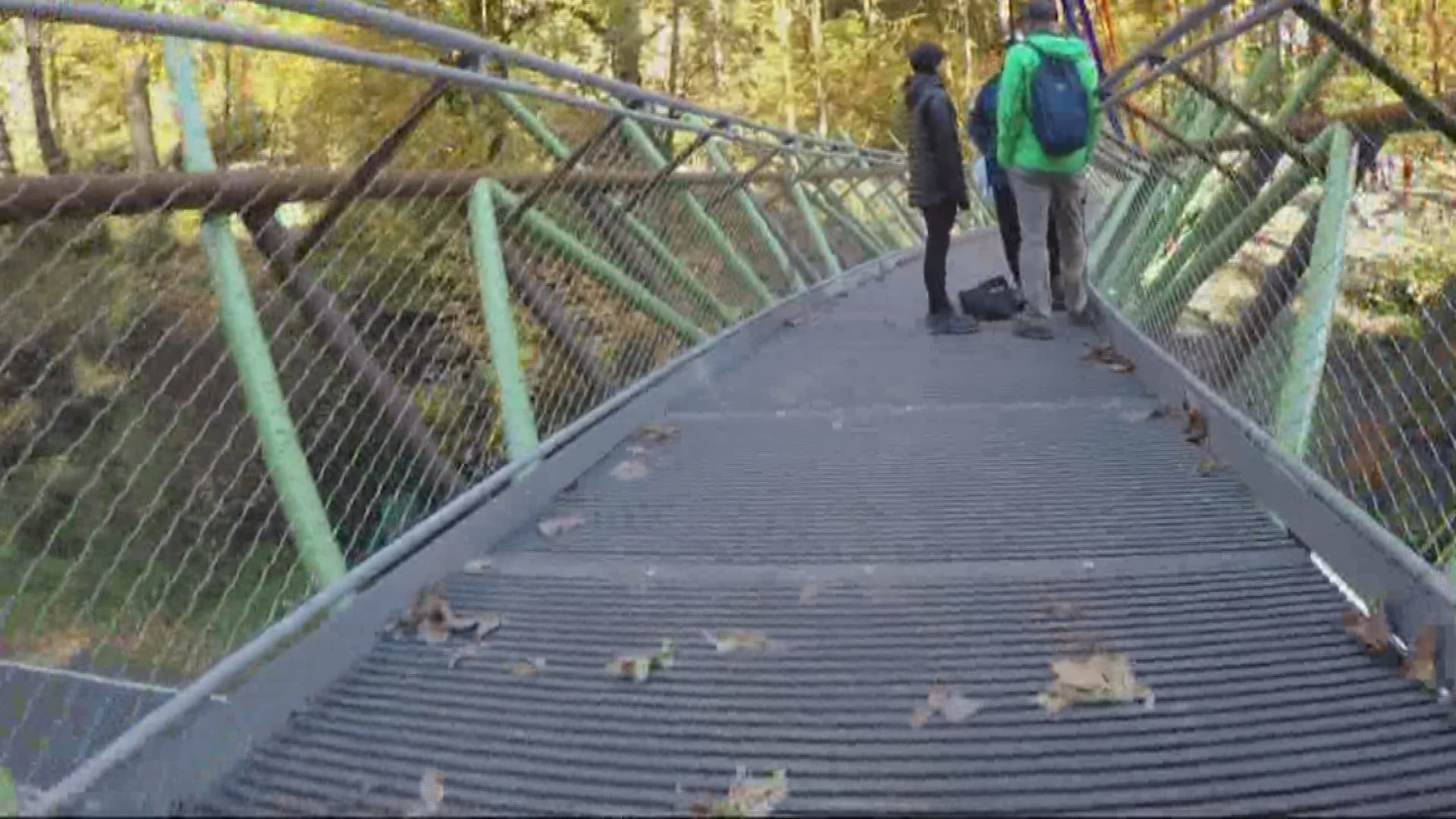 PORTLAND, Ore. — Hikers on a popular Portland trail now have a new pedestrian bridge to safely get across West Burnside.

It connects Forest Park and Washington Park where the Wildwood Trail crosses the busy street.

Hikers at the grand opening said they're glad they now have a safer route across.

“It’s great because we used to have to come down to Burnside and wait for all the busy traffic before we could cross,” said hiker Dennis Lo. “I had [my son] in a stroller, so it was kind of precarious.”

The bridge was named for the late Barbara Walker, known as one of Portland’s most ardent and influential champions of parks and open spaces, as well as the trails that connect them.

The $3.2 million bridge project has been in the works for years. Portland Parks Foundation calls it the city’s first “crowdfunded” bridge because more than 900 people contributed money toward it.