New research shows radon gas is popping up in some surprising places. 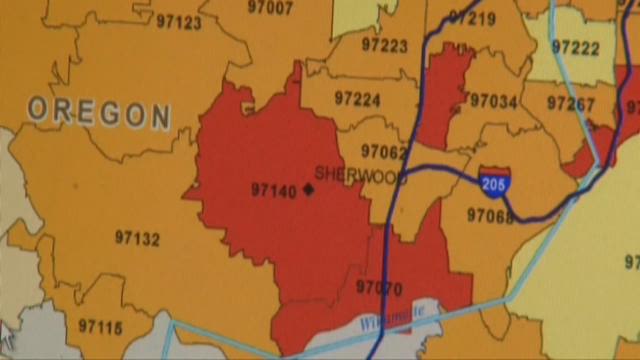 You can't see it, taste it or smell it, but radon exists in roughly one out of every four Portland-area homes.

And it can be deadly.

At only 49 years old, Darcy White was diagnosed with lung cancer, a year after her mother died from it.

"I had a 38 percent chance of survival after five years," White explained. "And I'll be at seven years this April 7th."

After chemotherapy and surgery to remove part of her lung, White is now cancer free and on a mission to warn people about radon.

It's what her doctor believes caused her cancer.

"He said 'I believe it was radon particularly because where you were raised,'" she said.

White grew up in Portland's Alameda neighborhood, an area now known to have high levels of radon.

Radon is a naturally occurring gas that comes from the earth and is the second leading cause of lung-cancer behind smoking.

"The EPA estimates that 20 percent of lung cancer deaths in the United States are the result of radon," said Portland State University geologist Scott Burns, who has been studying radon gas for decades.

"In Portland, we found a whole bunch of zip codes... that went from moderate up to high," he said.

Which is all the more reason people should test our homes, he said.

And if the test reveals high levels of radon, you should invest in a system to get rid of it.

"It's cheap, it's easy," he said. "And if you do have a problem it's something that can be taken care of easily."