In a statement posted in Mama Bird's window and on their website, the restaurant says they were built to code and took extra precautions before opening. 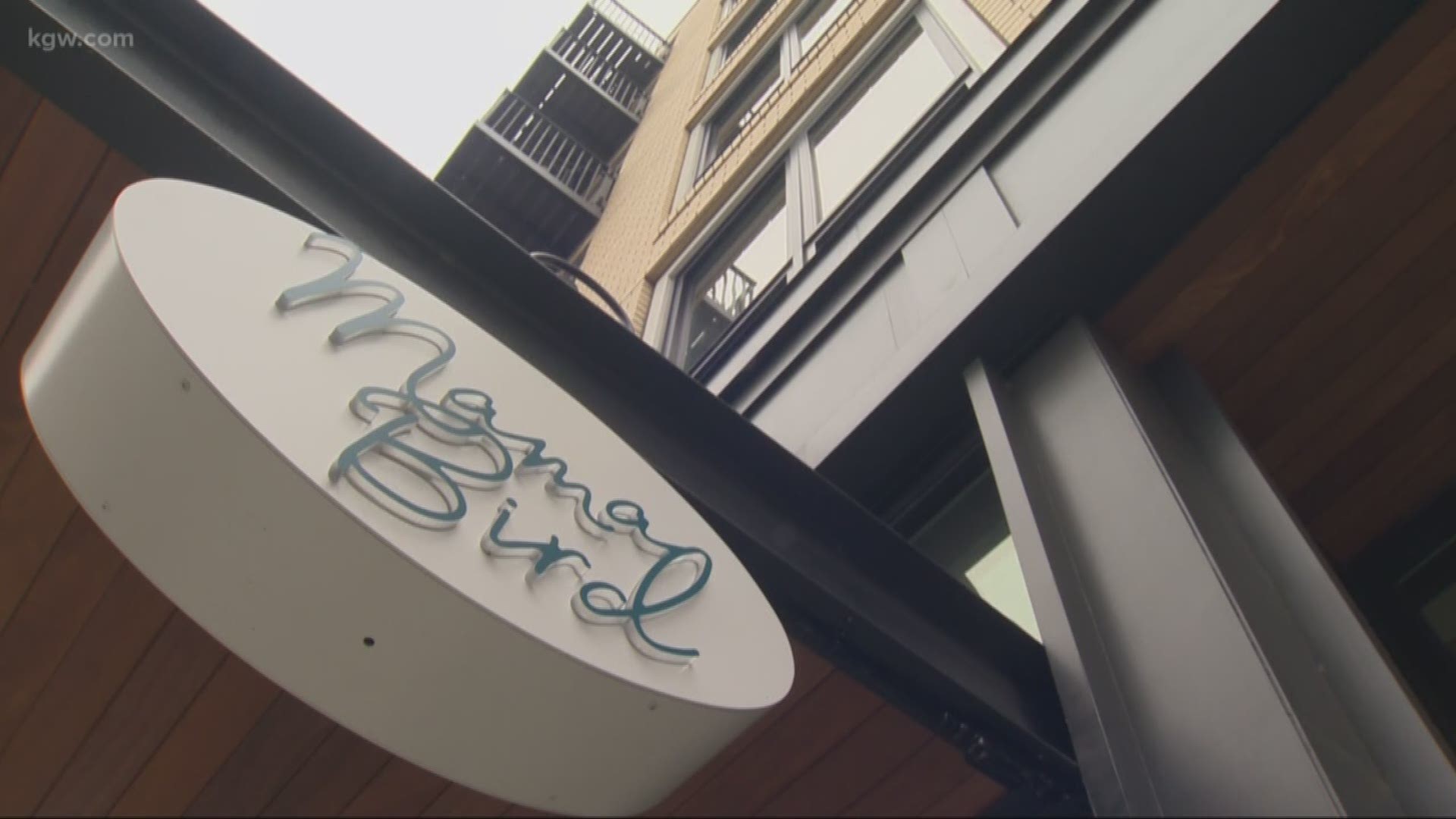 PORTLAND, Ore. — Barely open a month, a Portland restaurant chose to close down for a few weeks after some neighbors complained about smoke coming from their wood-fired grill.

In a statement posted in Mama Bird's window and on their website, the healthy grilled chicken restaurant said they were built to code and took extra precautions before opening.

Mama Bird also prides itself on being socially conscious; it sources its food and drinks locally and doesn't give out single use plastic.

But not long after they opened in late September they started hearing complaints from people who live in the apartments above. The smoke from the grill was bothering them.

Owner Gabriel Pascuzzi tried to mitigate and suppress the smoke.

“As soon as we started hearing stuff, we've gone through so many steps to fix this,” Pascuzzi said. “We were really just trying to be a good destination for people trying to eat healthy.”

They swapped wood, insulated the grill so wood didn't burn as fast and put off as much smoke, and extended the duct.

But not long after that, they found out people in the apartment complex across the street, L.L. Hawkins, were complaining about the smell and smoke creeping into the building.

“Somehow the smoke was drifting over there and it just kind of blew our minds that it got over there,” Pascuzzi said.

One Yelp review says smoke pours into the surrounding air and their apartments' hallways, destroying the neighborhood and quality of life.

"We can't open our windows or smoke blows in. The smoke comes into the air handler for our building, which makes all our hallways smell," Ryan N. wrote in Yelp, "So even if we close our windows, the smell creeps under our door. It's like we permanently live at a campsite. Our building managers are helpless under this assault of smoke."

Advocates with Neighbors for Clean Air heard the complaints.

“This was very acute and very specifically related to the onset of smoke coming out of this business,” Neighbors for Clean Air Executive Director Mary Peveto said, “So it wasn't an annoyance; it was a real physical impact it was having on people's quality of life in the area.”

"We were already in the process of doing this but I think [L.L. Hawkins residents] were in the dark and had no idea we were taking all these steps,” Pascuzzi told KGW, “So I can imagine not feeling listened to or like we don't care. Which was completely not true at all.”

Mama Bird is now overhauling their HVAC system and installing a smoke scrubber and bigger fan on the roof. It’s not a cheap fix, costing the new business more than $100,000.

"It is already stressful enough to open a new restaurant so to have any sort of unexpected cost,” Pascuzzi said, “But it’s like a hard pill to swallow.”

While work is underway, Mama Bird won’t be open for three weeks. Pascuzzi hopes to re-open November 15. In the meantime, he’s working with his landlords at The Carson to pay his staff.

However, those advisories don’t apply to cooking. Peveto wishes they did, and feels this situation was preventable.

"In the world of food it’s actually a huge trend and if any trend is happening in the food world it’s happening in Portland," Peveto said, "So I honestly sympathize and feel bad for this business who gets caught in a situation of an issue they never heard of or think about and yet we could have had a policy in place to help them prepare and create a strategy or put in place the mitigation they need to make sure this would work in the community in a highly residential area."