Under bill, new Oregonians could get a driver's license without taking written test

The Oregon DMV is looking for any way it can reduce its backlog, and some say dropping the written test for valid out-of-state license holders may help. 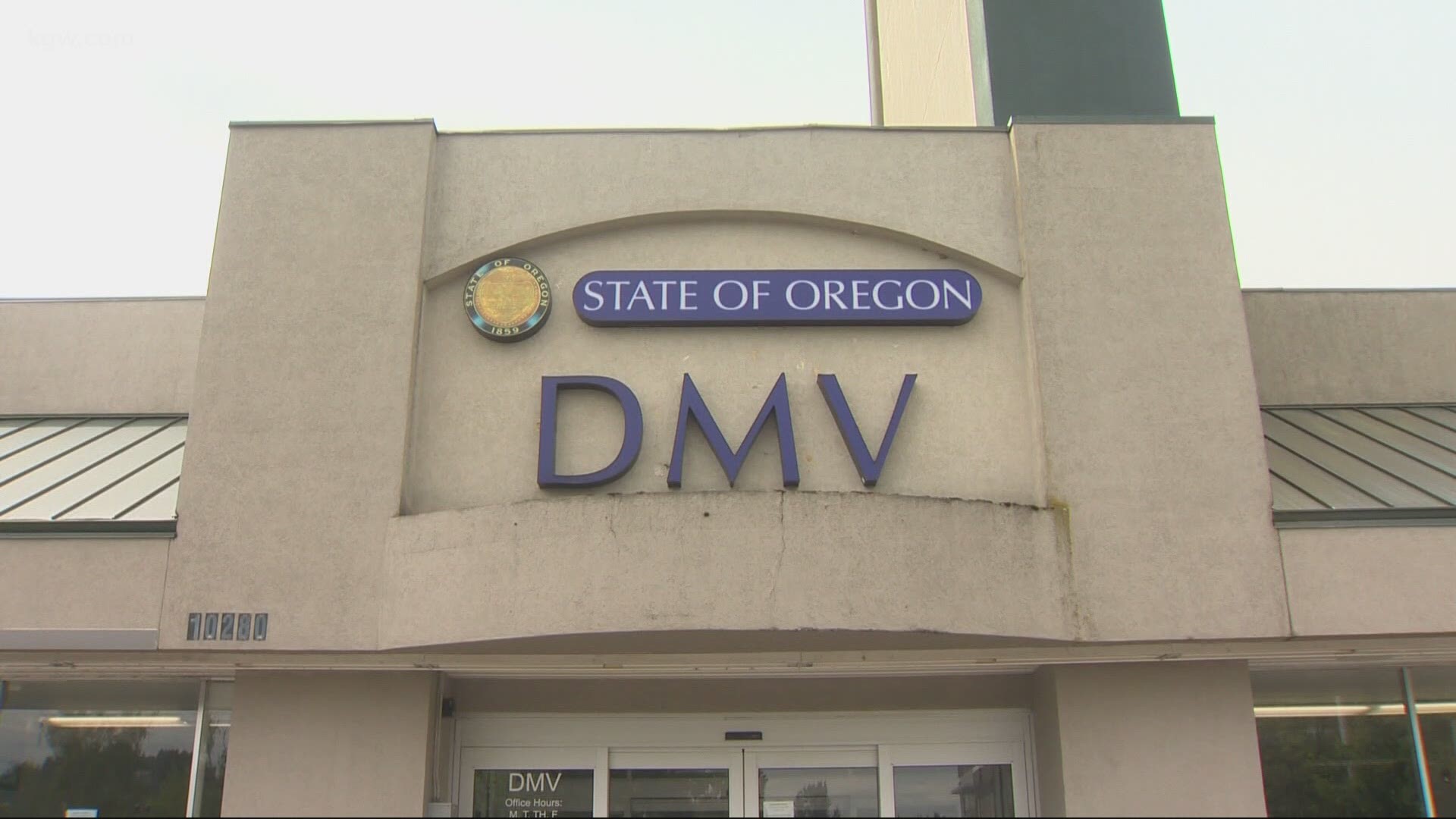 PORTLAND, Oregon — At last check, Oregon was gaining just under 100 new residents a day, and the Oregon DMV processes about 90,000 new license requests a year. Many of them are from valid out-of-state license holders. In short, it's a significant part of DMV business.

The three-month pandemic shutdown last year and the slow reopening of in-person services has created a log jam for all customers of the Oregon DMV.

Services that used to take a month now take two or three months, and every in-person service requires an appointment. That service by appointment will remain the case for as long as health officials deem COVID-19 a major public health threat.

So, the DMV is looking at every possible way to speed up, streamline and in many cases, eliminate trips to all of the 60 or so DMV offices statewide.

House Bill 2137 contains a law change that would eliminate the need for valid out-of-state license holders to take an Oregon road knowledge test ("the written test").

Should that pass, Oregon would join at least 24 other states that don't require what some think amounts to a simple formality.

"In surveys in 2018 and 2019, they found that most states do not require this. And they also found that it's impossible to study the effectiveness of this because there's just too many factors," said David House with the Oregon DMV. "There's no clear data or research that shows any effect either way on safety. So it's one of those things that, you know, it sounds reasonable and maybe it is, but we don't know if it's even effective and (many) states don't even require it."

Mr. House elaborated on a typical scenario for a new Oregon resident trying to get a license.

"In normal times, you move in from another state, you didn't really read the website very closely. You just came in with your license. You didn't study Oregon traffic laws and you fail the knowledge test and you have to come back again and later. You have to study and then come back again. Well, it's that coming back again that's really problematic when we're open by appointment only."

"Well, I don't think a person who comes in from out-of-state with a decent driving record should have to go through a whole lot of testing, but having an online test that says, 'Hey, welcome to Oregon. We do some things differently here.' For example, people riding bikes can treat stop signs as yields in Oregon. And a lot of drivers don't know that our hands-free rules for distracted driving with cell phones are different here than other states. So yeah, if you're moving to Portland or moving to another community in Oregon, you've been driving out-of-state for a long time, you probably ought to take that 15-minute online test and learn what's different here."

Because we all could probably use a refresher from time to time, here's a link to the Oregon Driver's Manual

Meanwhile, the DMV continues pressing ahead, adding new services to its website.  It now offers 21 services online, compared to just three at this time last year.

RELATED: Oregon DMV booked out for months as appointment-only services pile up