Community members held a celebration for the mural, which pays tribute to past, present and future Black-owned businesses in Portland. 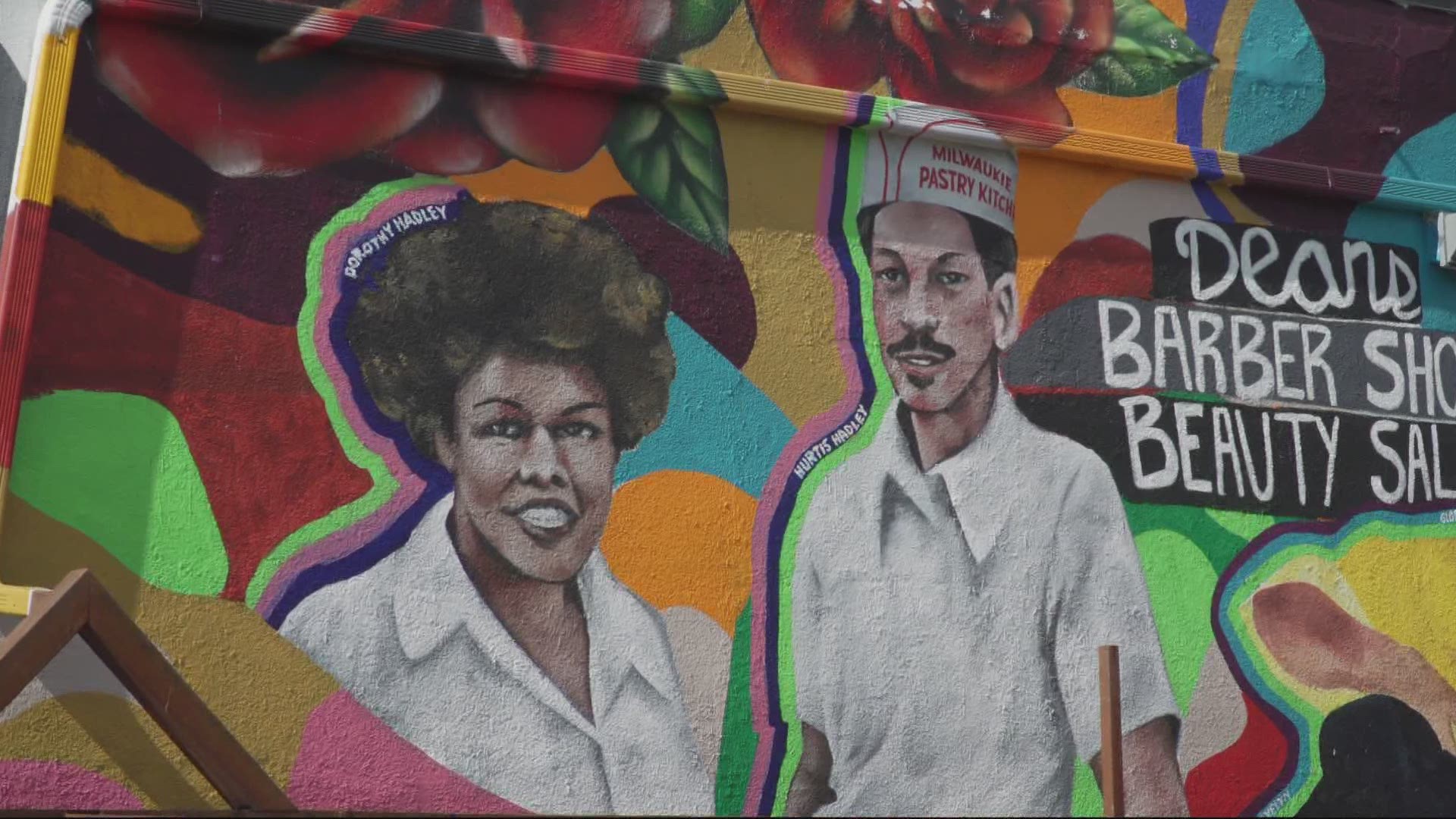 PORTLAND, Oregon — There’s a new mural on the corner of Northeast Shaver Street and Martin Luther King Jr. Boulevard in Portland. It’s big, bright and colorful, like the lives of those depicted on it — Black business owners who paved the way for future generations.

“This is Portland history,” said Cobi Lewis, executive director of Micro Enterprise Services of Oregon (MESO), whose building the mural is painted on.

MESO provides business support for underserved entrepreneurs. The nonprofit helped Jimmy Wilson get his food cart business, Jimmy’s Corner on Northeast Fremont Street, off the ground, as one of the first-of-its-kind in Portland. The mural includes a painting of Wilson with his grandson.

“That is recognition for me for hanging in there,” said Wilson during Thursday’s ribbon cutting ceremony.

Among the others featured on the mural is Gloria Dean of Dean’s Beauty Salon & Barber Shop, and Dorothy and Hurtis Hadley. The Hadleys ran Oregon's first Black-owned bakery, Milwaukie Pastry Kitchen, when they purchased the business in 1977.

“This is just amazing to have my parents on a mural in Northeast Portland where I grew up,” said the Hadleys' son, Darin Hadley. “I'm really happy, I'm really proud."

Hadley remembers stories that made him proud of his parents long before the mural did, like when Hurtis Hadely put in for bakery manager job at a grocery store and got passed over.

“He just kept persevering, the resilience that he showed — he said, ‘Never give up,’” said Hadley. “They wouldn't let him in one door so he made his own door.”

That tenacity and drive is what MESO is trying to foster, even now.

Lewis hopes they can build on that and pave the way for people like 14-year-old artist, Emmanuel Dempsey. He helped fill in color designs on the new mural and is now working on his own mural on a smaller building next door. It shows kids with big dreams casting shadows of who they'll be in the future. Dempsey hopes all of it makes an impact on people who pass by.

“Just to get inspired, to see how many Black businesses there are and how we can support them,” said Dempsey. “And when they see this, to get our young generation ready for what's coming."

Lewis shares the same hopes as she looks up at the mural with pride.

“Being a Portland native,” said Lewis, “These are people who we all grew up with and saw as heroes — not just of small business — but our community.”