Those behind the project described New Meadows as "trauma-informed" affordable housing for young adults, ages 18 to 22, who have recently aged out of foster care in Oregon. 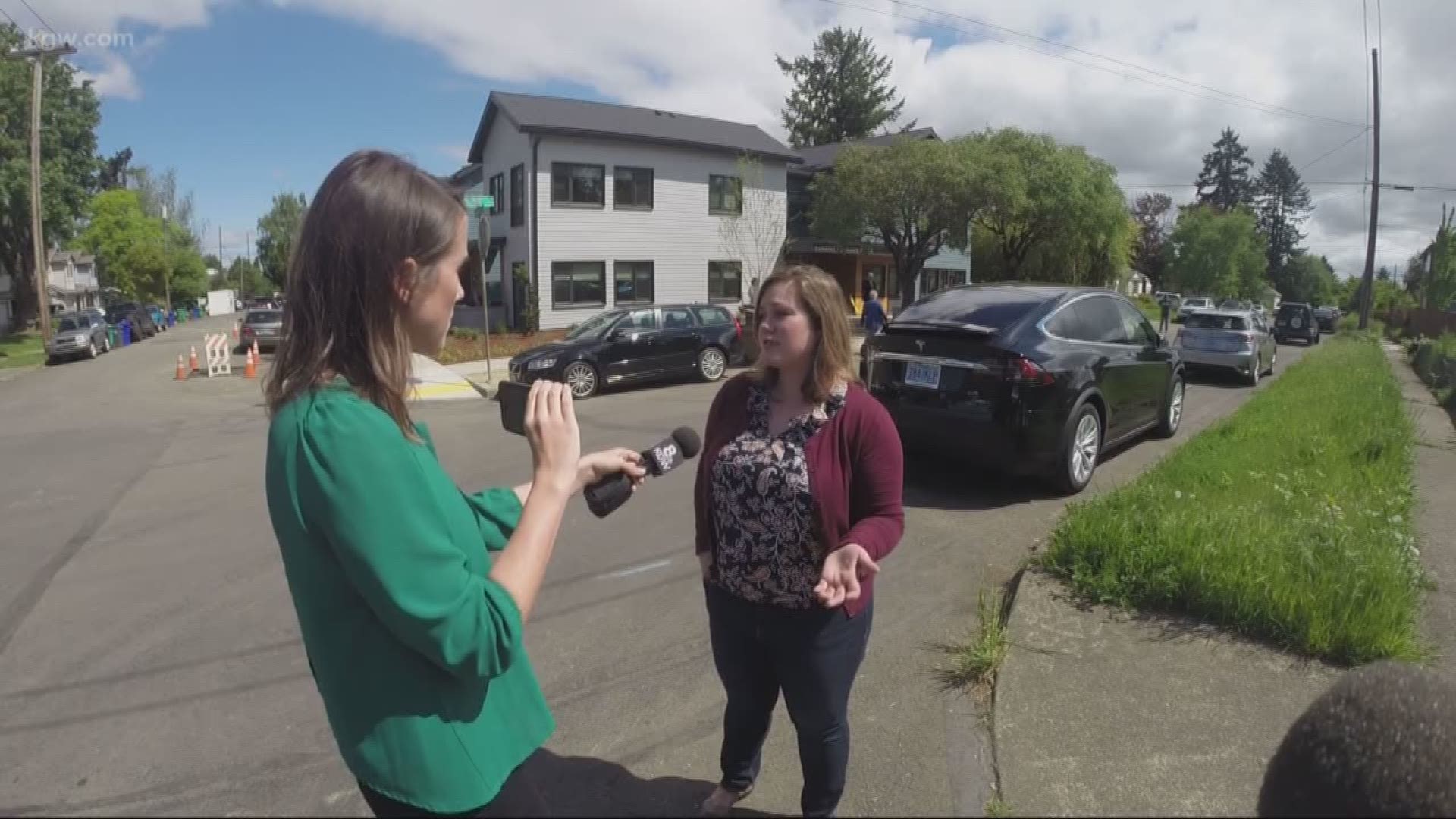 PORTLAND, Ore. -- Pamela Heisler calls it a “weird obsession” with the age of 18.

A former foster child herself, Heisler stood in the small, canopy covered parking lot for New Meadows in North Portland on Friday morning. She watched as city officials and child advocates pointed the spotlight at a group, often forgotten: children who age out of the foster system, with no stable support system to help them transition into adulthood.

“I believe in the work that they’re doing to make sure youth have permanency and they don’t age out and be homeless and experience all the challenges,” she said.

Those behind the project described New Meadows as “trauma-informed” affordable housing for young adults, ages 18 to 22, who have recently aged out of foster care in Oregon.

The complex is made up of studio and one-bedroom apartments, along with common areas and can house 15 young adults at once, some of whom may be parents.

It’s the work of a collaboration between two Portland-based non-profits: New Avenues for Youth and Bridge Meadows.

The latter already runs two facilities by that same name in Portland and Beaverton, that build supportive communities by housing foster children and families alongside elderly residents.

Approximately $1.4 million was provided by the city.

“As a city, seeking effective, humane, lasting solutions to homelessness is one of our top priorities. One of the best tools we have in that effort is to prevent homelessness where it can be prevented with the right support,” said Mayor Ted Wheeler. “New Meadows will be a crucial stepping stone for these youth in maintaining and achieving self-sufficiency.”

Another $1.5 million in funding came from philanthropist Dorothy Lemelson, who celebrated her 92nd birthday Friday.

Residents are expected to move in by July.

Heisler, who went into foster care at the age of seven, said it’s a critical service for these youth.

“They don’t get chances to be independent, chances to fail and fix and learn and grow,” she said. “When I think of my daughter turning 18, she can stay at my house as long as she needs to.”