The owner of the Botanist restaurant in the Pearl District said if things shut down again, 'that's the end for us'. 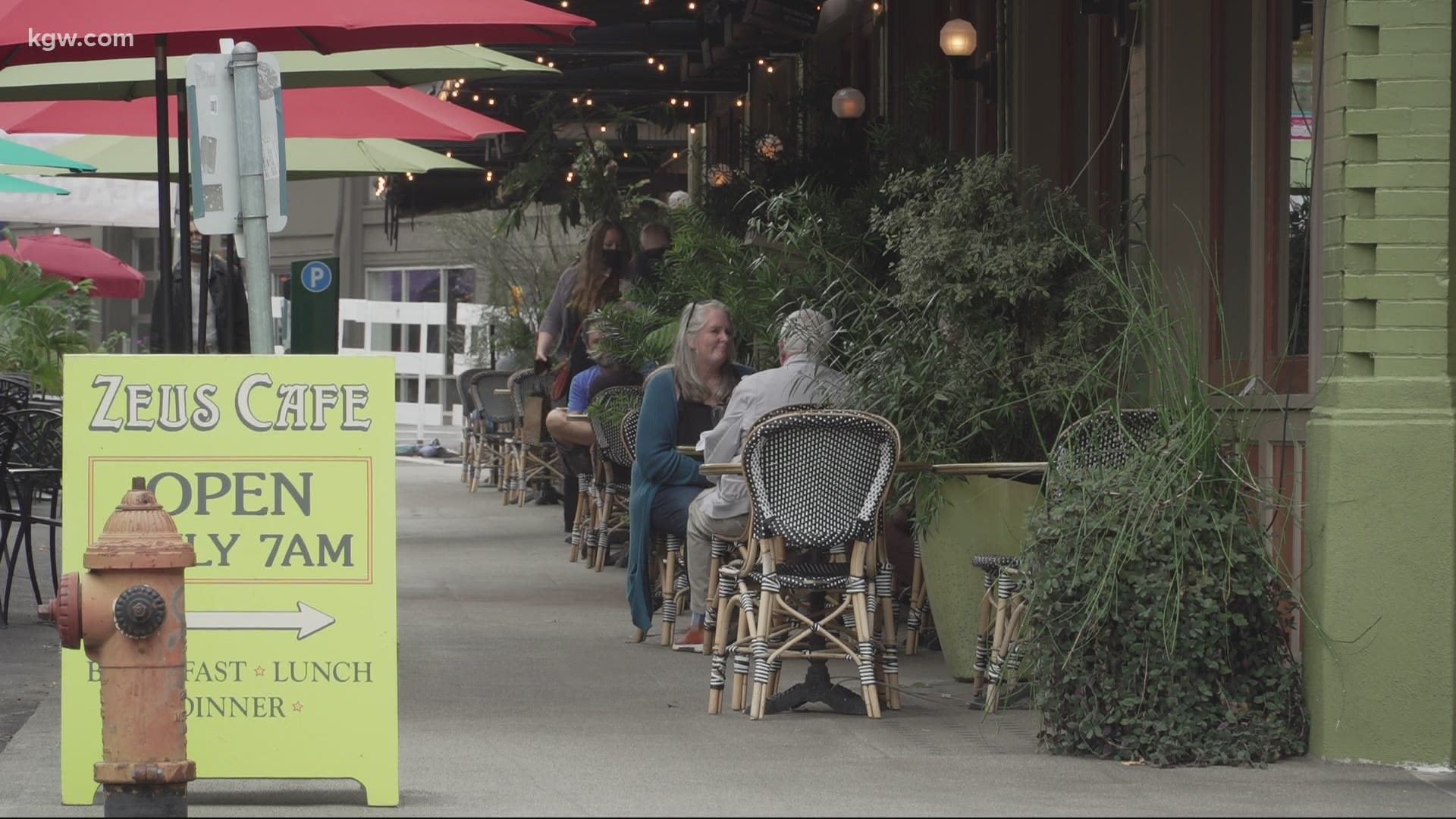 PORTLAND, Ore. — This has been a difficult time for restaurants and bars. Outdoor dining helped during the summer when case levels dipped some. But restaurant owners are concerned about the upward trend in COVID-19 transmission and how that could impact their businesses.

New modeling reveals three potential scenarios for Oregon over the next month, with the number of new cases diagnosed each day ranging from 290 to 570 to 740 per day.

Botanist restaurant in the Pearl District has one of the largest outdoor dining spaces in Portland. That helped over the summer.

"We've held on up until now," said owner Robbie Wilson. "If they shut things down again, then that's the end for us. Not to name names, but that's going to be the end of most of the restaurants of my colleagues and the friends that I have, unless you have a really heavy to-go menu you will not survive that."

At this point, the Oregon Health Authority has not recommended changing the governor's guidelines for restaurants and bars.

Wilson also said legalizing to-go cocktails would be a big boost. That would require a change in Oregon law.

"Alcohol to-go needs to pass," Wilson said. "But it's probably not going to since it's in the Oregon constitution that's never been changed since its beginning."

The state's epidemiologist said the decisions each person makes will help slow the spread of COVID-19. Dr. Dean Sidelinger said Oregonians have done it before and he's confident they can do it again.