Ridwell helps its customers dispose of items that are typically difficult to get rid of. 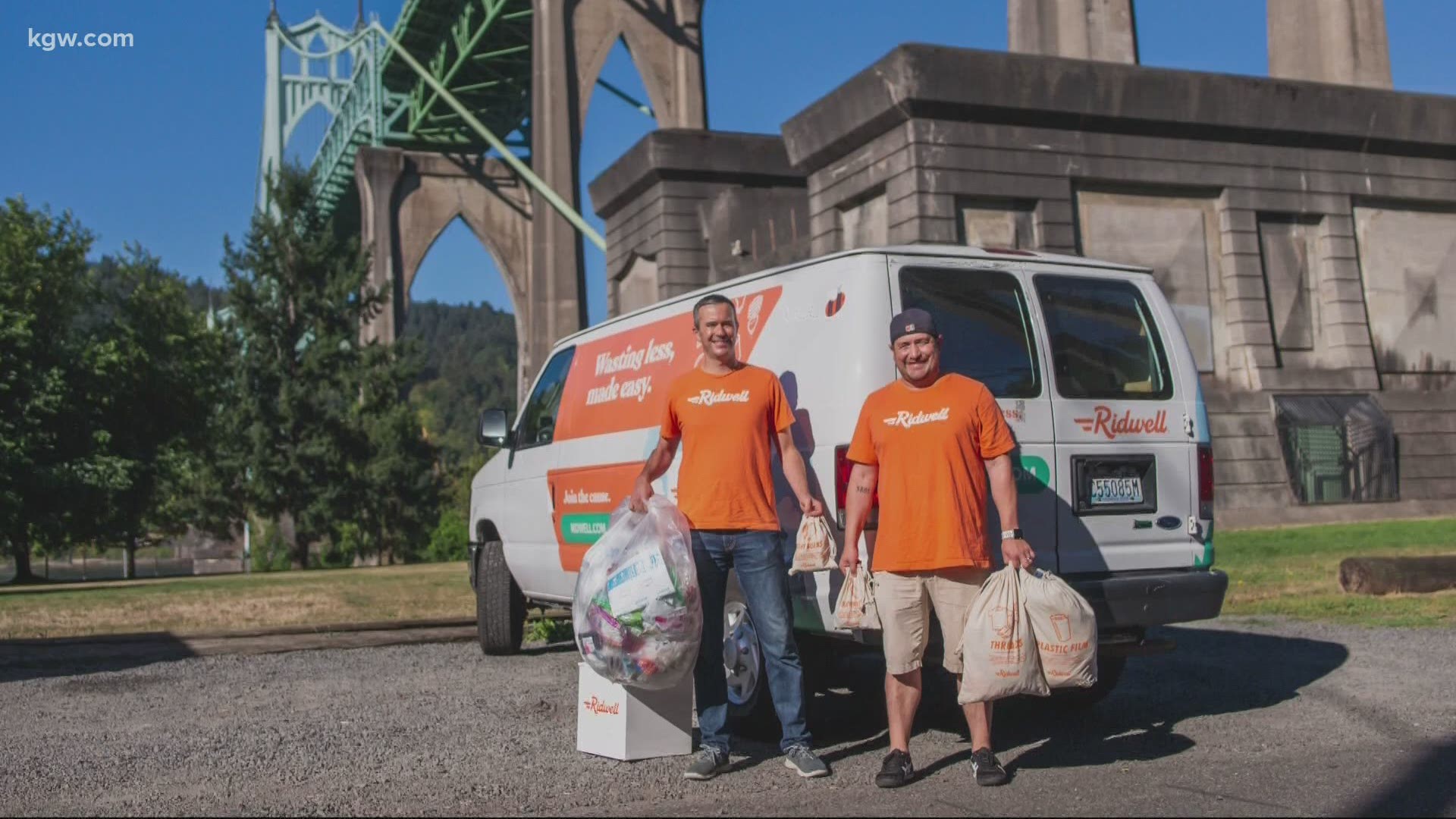 PORTLAND, Ore. — Wednesdays at Megan Bulger's Northeast Portland home are not trash days or recycle days, at least not in the traditional sense.

"Every other Wednesday is Ridwell Day at our house," Bulger said. "My daughter helps me collect all the bags."

Inside those bags are things that should not go in the trash or recycle, like Christmas lights.

"When our Christmas lights broke I was practically giddy because I said, I know what to do with those."

And Bulger now knows what to do with lightbulbs, batteries, and styrofoam - give it all to Ridwell.

"Not only do I know the stuff is being recycled but some of it is being reused in ways curbside recycling can't guarantee," Bulger said. "It's so much easier and convenient and it feels better."

"What we're really looking at is the collective community impact," added Taylor Loewen of Ridwell.

Loewen is the General Manager of the Portland division of Ridwell. The company is only a month old in Portland. It is two years old in Seattle, where the CEO's then six-year-old son, Owen, was frustrated he had nowhere to go with old batteries.

"They created something called Owen's List," said Loewen. "They were working out of their garage with some co-founders and it slowly became Ridwell. Now we have 19,000 customers and counting."

Loewen says over the course of two years Ridwell has diverted more than 1,000,000 pounds of waste from the landfill through two pick-ups a month at customers' homes.

"Everything we take gets reused into something else instead of recycled," Loewen said. "All of our styrofoam is turned into jet fuel or more plastic. Lightbulbs are broken into their components of plastic, glass, and metal, and reused."

"It's easier to put stuff in the Ridwell box than taking trash cans to the street," she said. "I can do it in my slippers. I open the door and put the stuff in the box."

RELATED: Are your cans and bottles counted accurately? We tested BottleDrop