'Never give up on your dream': McDonald’s employee with special needs thankful for 35-year career

From Montana to Oregon, Keith Eakland is inspiring many along the way. 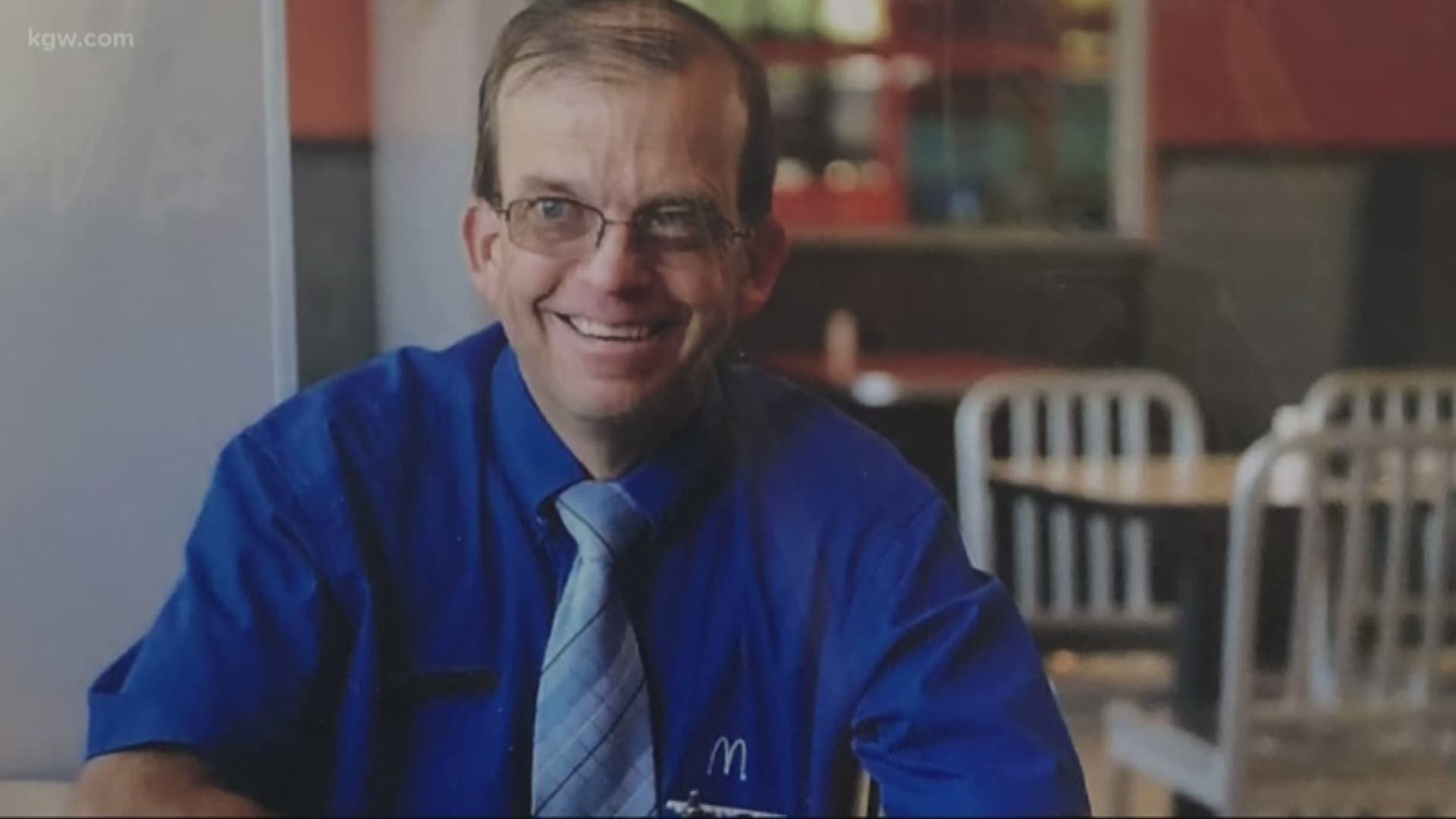 HILLSBORO, Ore — For many people, work is a way to make an income or provide for a family. But for Keith Eakland, working at McDonald’s is his passion and source of independence.

“I started in Great Falls Montana on August 26, 1985,” said Eakland, who began his career with the company at the age of 24. He's done a variety of jobs over the years, including unloading delivery trucks and cleaning the floors.

His favorite job though, has been working as a lobby host.

“The kids that were two or five years old now have kids, and they bring the kids in here!” Eakland said.

But after working in the same restaurant in Great Falls for 34 years, Eakland and his father Jim decided it was time for a change of scenery. They recently relocated from Montana to Beaverton, Oregon, to be closer to family.

“They wanted to know if we had a restaurant spot available for him, so we brought him on board. He's just grown so much in being here. The interaction with our customers, the things he's been able to accomplish, the technology that he's picked up very quickly. He's been a hit,” said Director of Operations Dennis Hodges.

Shortly after his move, Eakland went right to work at his new restaurant in Hillsboro. “It's good. The people are good, they're nice to me out here,” he said.

What makes Eakland’s story so remarkable, is that he was born with a condition called Hydrocephalus, or excess fluid in the brain.

“It cleared between the third and 4th month, but there was some physical damage, mental damage,” said Keith’s father Jim Eakland.

Simple tasks can be difficult, but Eakland doesn’t let that stop him.

“We all can do things different. We might be slow, we might be fast, so help us out,” he said.

“Keith's done such an outstanding job and I think it gives other people inspiration that anything is possible if I just put my mind to it,” remarked Hodges.

Eakland, who has only called in sick to work once in his 35-year career due to major surgery, is excited to keep working for as long as he can.

He and his father are enjoying their new home, and already secured season tickets to the Hillsboro Hops.

Even though he’s grateful for his new beginning, Eakland hasn’t forgotten all of his customers back in Montana, who supported him throughout his journey.

“Hey guys! I miss you guys but I'm loving it out here. No more snow, no more cold weather!” he said.

RELATED: Stories of Thanks: Yacolt mother of six runs furniture business to help provide for her children with special needs

RELATED: Stories of Thanks: Wash. family grateful for their healthy premature twins after 15 weeks in hospital