Neighbors say night after night of fires, tear gas, violence and vandalism is taking a toll. 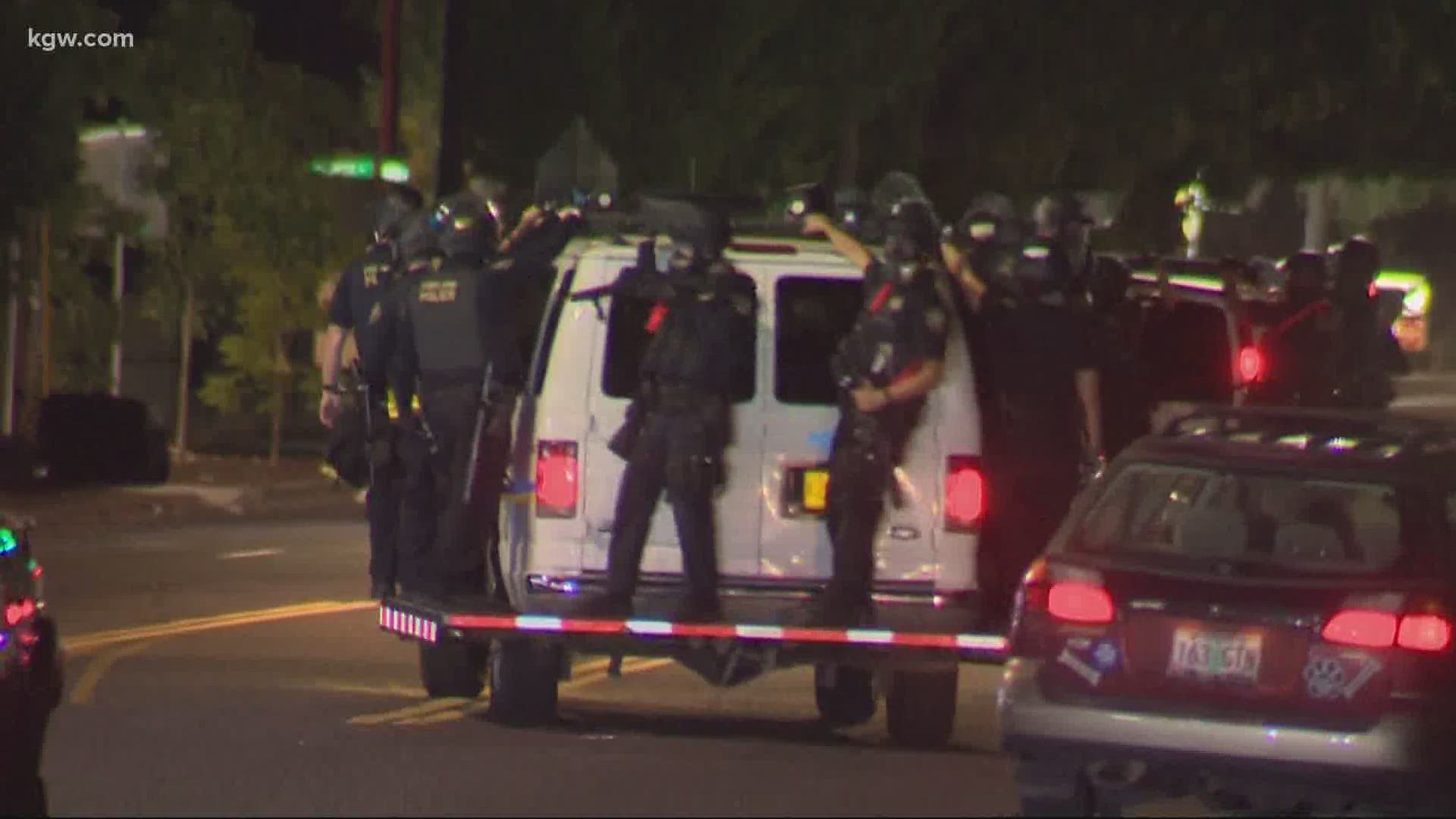 PORTLAND, Oregon — In neighborhoods where protesters and police have clashed most frequently, many neighbors are calling for the violent protests to end.

For months, protesters have on several nights targeted the Portland Police Association headquarters on N. Lombard. They've set fires and committed vandalism. Often, police have responded with tear gas. It's all taking a toll on neighbors.

“It feels like we're living in a war,” said Marta Guembes, who has lived off N. Lombard for more than 20 years.

Guembes is a proud immigrant, organizer and supports the Black Lives Matter movement. She said she does not support the destructive behavior she's witnessed at the PPA building or those responsible for it.

“To begin with, they need to look at themselves in the mirror and see how privileged they are,” said Guembes.

On Monday night, police once again declared a riot as a crowd of hundreds targeted the empty police union building. Some set fires outside the building, while others pulled chain-link fences into the street, blocking traffic. Police arrested 25 people and fired tear gas into the crowd.

Neighbor Gus Stewart got a whiff of it.

“I definitely don't like that being so close to the neighborhood,” said Stewart of the tear gas dispersal. He said he's ready to see all of it end.

“I absolutely am on the side of the peaceful protesters but I don't understand how the violence helps that message," said Stewart. "I also don't think those people are truly a part of the Black Lives Matter movement.”

One neighbor who wanted to remain anonymous said they were fearful of retaliation by protesters. They said protesters often keep their family awake until 4:00 a.m.

According to police, Monday marked the 22nd night a riot had been declared since protests began in late May. Portland Police Chief Chuck Lovell said the protests are impacting police resources and response time. He said typically when protests end, officers are still on the clock.

“When this dissipates at one, two in the morning, [officers] are back out answering calls for service,” said Lovell. “So the same folks that are getting pelted with rocks and motors, they're the same ones that brush their uniforms off and go take the welfare check, go see about the domestic violence victim and things of that nature.”

On Tuesday, Oregon Governor Kate Brown posted on Twitter, "Let me be clear: It's time for the violence and vandalism to end so Portland can focus on the important work to be done to achieve real change for racial justice,” Brown tweeted. “Those who have committed acts of violence will be held accountable."

We must work together to deescalate the potential for confrontation, by continuing to foster community conversations and utilizing trained law enforcement officers to keep the peace and protect free speech, not soldiers.

How and when that will happen is unclear but to Guembes, this much is certain: “We're dealing with two viruses,” she said. “COVID-19 and the other one is racism. By doing this, it's not going to make a difference, to me.”