‘Please don’t be in our neighborhood’: Neighbors respond to violent protests outside East Precinct

Police deployed tear gas to disperse crowds during what the mayor called an "Attack... to cause serious injury or death." 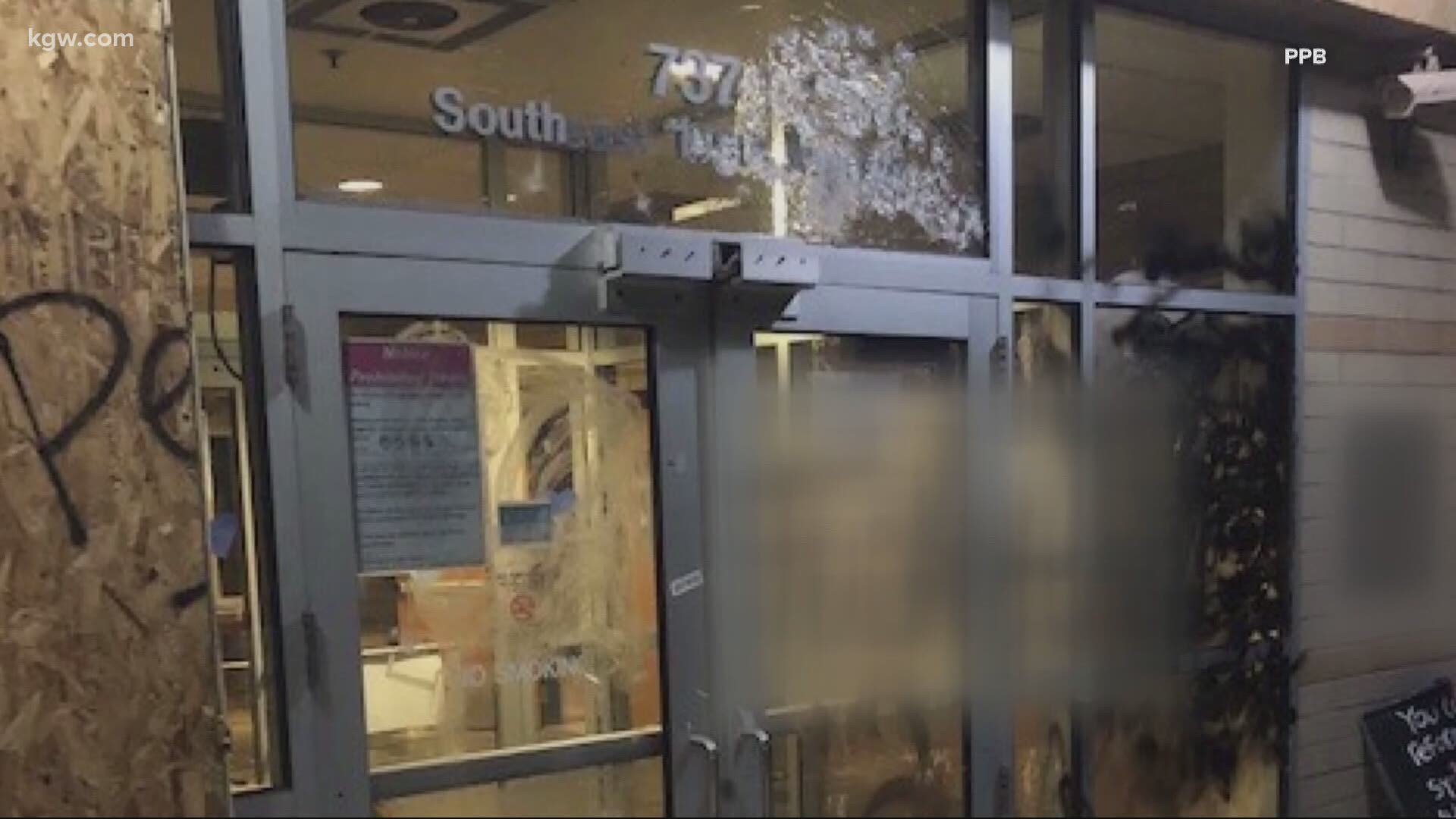 PORTLAND, Ore. — Windows smashed, fires set, boards torn off to lock officers inside the building. Police said it all happened Wednesday night after a group of violent protesters showed up to the Portland Police Bureau's East Precinct.

“It was crazy, it was wild," said Danny Damron who lives next door to the precinct. “[Protesters] were causing trouble, trying to burn the building here.”

Damron went outside to walk his dog and join what he called a different group of protesters, who'd gathered near the precinct to support the Black Lives Matter movement.

“I wanted to be up there and be with them,” said Damron, “But these other people took it over!”

Not one to back down, Damron said he and another neighbor confronted the violent protesters.

“We confronted them and said, ‘Please don't be in our neighborhood, we don't want you here.’ They wouldn't listen to us. I'm 72, they're big, what can I do?”

On Thursday, mayor Ted Wheeler responded to the violence and those responsible for it.

“The attack was immediate, it was intentional and it was planned,” said Wheeler. “It was intended to cause serious injury or death and it very well could have. I believe that city staff could have died last night; I cannot and I will not tolerate that.”

Some neighbors weren’t convinced by the mayor’s statements.

“Strong words are one thing but this has been going on for 70 days,” said neighbor, Steve Beacock.

Beacock visited the East Precinct to look at the damage and found the building's windows boarded up. Someone had covered the boards with dozens of blue paper hearts with messages of support for police including, “Thank you for your service,” and “We appreciate all you do!”

“Just kind of emotional seeing this so close to your home,” said Beacock.

“They just got so out of hand when the police did come in they had to use tear gas which is a terrible thing,” said Damron. “I got it in my eyes and my throat's still a little sore from it today.”

Damron said he believes there's a problem with racial inequity in Portland and wants things to change. But he said the violence he witnessed this week isn't the answer.

“Get people in the Black community up to the economy that I enjoy as a white man,” said Damron. “We need to bring that up and respect that community. And I've never seen that in the 30 some years I've lived here.”