'This shouldn't have been complicated': Neighbors report election ballot thefts

Ballot theft victims are encouraged to contact their county elections office to request a new ballot. 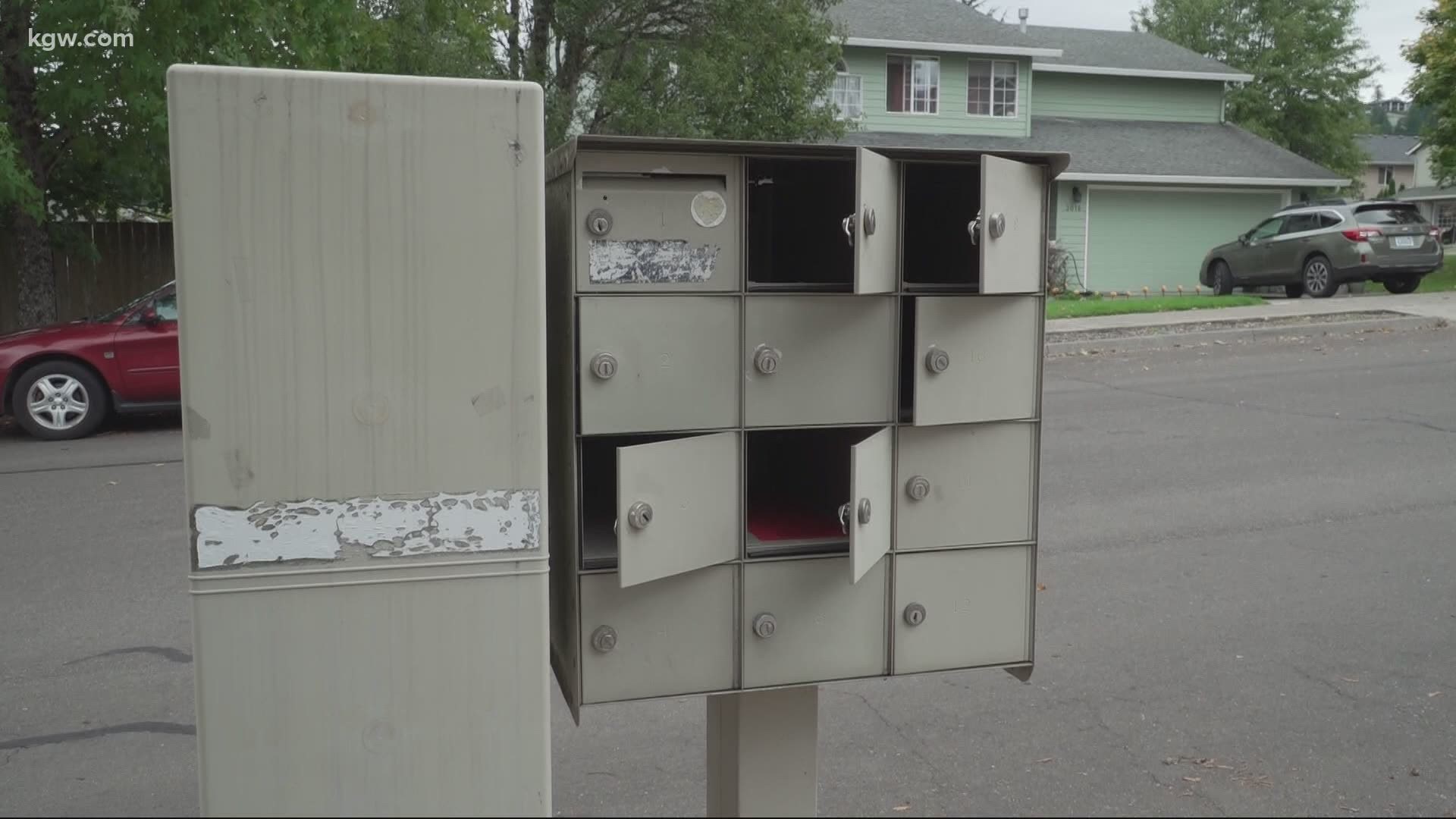 PORTLAND, Ore. — Police are investigating reports of stolen mail including election ballots, across the Portland-metro area.

“I think we've kind of entrusted that our mail is fine and our vote is fine," said Stephanie Prendergast, who lives in Hillsdale.

Prendergast never thought someone would steal her mail, let alone her election ballot. But when she returned to her home Sunday, her ballot was gone.

“I noticed upon pulling up to our house that our mailbox was open,” said Prendergast. “There was some junk mail, but no ballot.”

Prendergast learned that her neighbors who checked their mail on Saturday found ballots, but those who waited until Sunday to check their mail, did not.

“I would just really encourage people to not be lazy— go get your mail," she said. "We might be looking into a locked mailbox in the future.”

Across the Columbia River in Camas, more trouble. Camas police said neighbors found piles of stolen mail on the side of the road and near Kickitat park on Prune Hill. Among the stolen envelopes were nine election ballots. Two ballots were addressed to Julie and her husband, who didn't want to share their last name. Police delivered their ballots to their door.

“I just said, ‘What? My ballots were stolen?!’” recalled Julie. “I was upset but I was very thankful that [the officer] brought them back to us.”

Camas police said over the weekend, someone broke into four community mailboxes on Prune Hill. Another neighbor captured video of a possible suspect. Police hope someone recognizes him or the white, four-door sedan he was driving.

“We're trying to really let the neighborhoods know to be vigilant about their community mailboxes,” said Camas Police Sgt. Scot Boyles. “Know who your neighbors are, know who's supposed to be around, and if you see someone who looks suspicious call 911.”

Boyles said, unfortunately, mail theft in Camas is not new. This year alone, he said Camas Police officers have investigated ten reports of mail theft, each one connected to a community mailbox and potentially, hundreds of victims. For that reason, Boyles didn’t think this latest case was politically motivated.

“This fits the same pattern of our other mail thefts,” said Boyles. “If this was politically motivated, I think that the suspects would have damaged the ballots or made them unusable. In this case they left them sealed and threw them on the side of the road.”

On Monday, Vancouver Police announced they would be doing extra patrols around ballot drop boxes through November 3. They said it was to deter potential voter intimidation or tampering with ballot boxes.

If you don't receive your ballot within five days of when it was mailed, you should call your county elections office. They will check your voter registration status then send you a new ballot.

Oregon has safeguards in place in case someone tried to vote with stolen ballots. First, each ballot has a unique bar code. If you request a new ballot because yours was stolen or never arrived, the old one gets invalidated. So no one would be able to vote in your place.

Second, election officials double-check the signature on the envelope to make sure it matches your voter registration. The signatures go through a 3-step verification process: one step involves a computer then two people review the signatures.

Prendergast said her replacement ballot is on its way.

“It just feels like this shouldn't have been complicated,” said Prendergast, “and now it's complicated.”