People are heartbroken over the possible closure of Columbia Pool. Others are saddened to learn the Sellwood Community Center could close in an effort to narrow a $6.3 million budget gap. 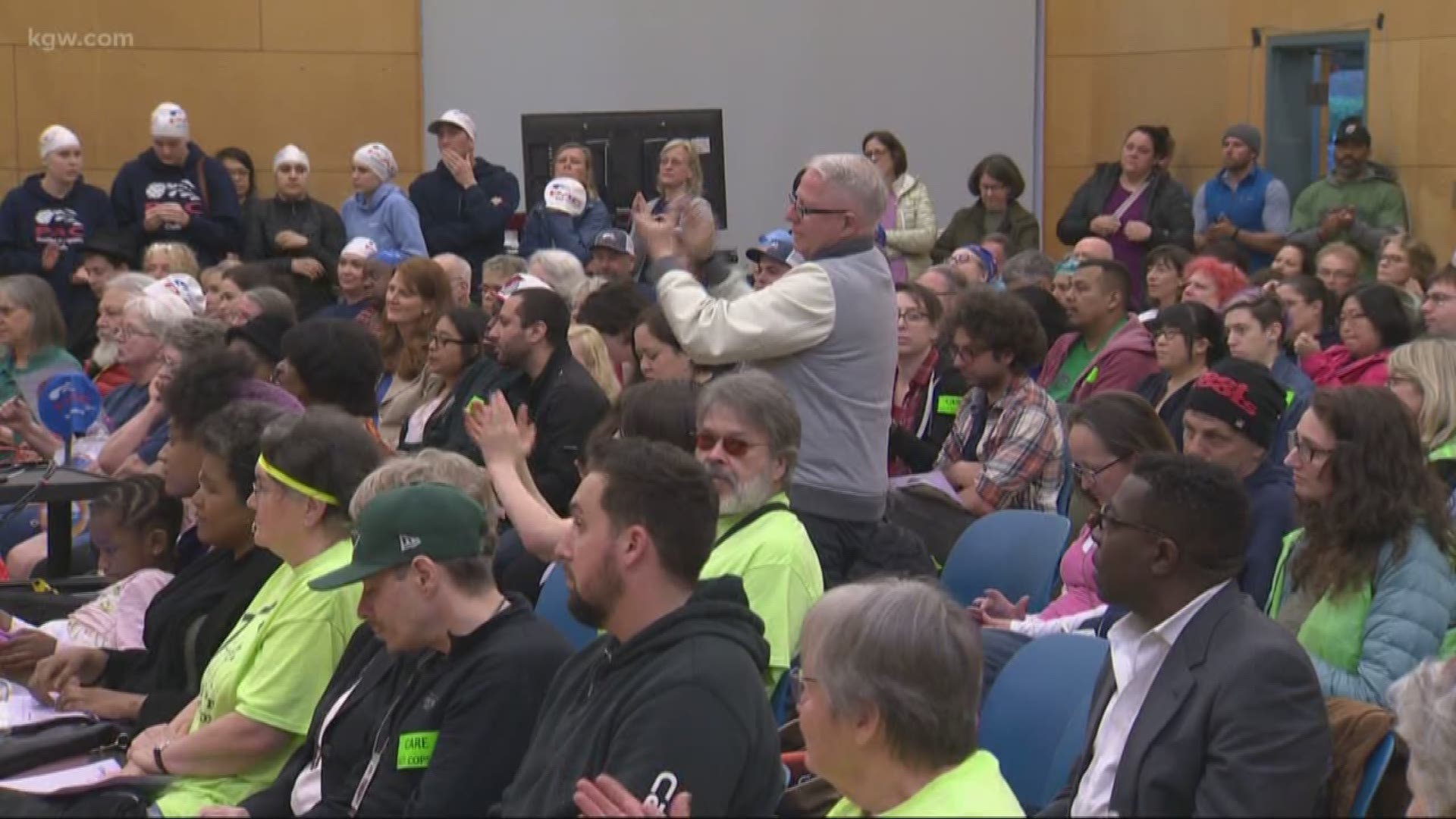 Emotions were running high in Northeast Portland Tuesday night.  A crowd of hundreds sounded off at a community budget forum attended by city commissioners and Mayor Ted Wheeler.

“No decisions have been made yet in regards to this budget,” said Mayor Wheeler.  “This is the part of the process when we hear from you.”

An overwhelming majority of people were fuming over suggested cuts to parks and recreation.

“Columbia Pool isn’t just a building to me and my neighborhood,” said one woman.  “It’s an opportunity to improve lives for ourselves and our children.”

“Columbia Pool is a vital resource for the peninsula and all residents on it,” said another woman.

People are heartbroken over the possible closure of Columbia Pool.  Others are saddened to learn the Sellwood Community Center could close in an effort to narrow a $6.3 million budget gap.

“Our community centers are the heart of our community,” said one woman.

The crowd was so passionate about parks and recreation and its services they held a rally ahead of the forum.  They pleaded with city leaders to pump the brakes on making any cuts.

“I cannot believe in with the amount of wealth in this city we’re fighting to keep parks open,” added another person.

From the rally outside to the testimony inside, the love for parks and recreation was evident.  Whether city leaders love it just as much is the multi-million dollar question.

Mayor Wheeler will propose his budget in early May.  The city council is expected to adopt it a month after that.  They will take into account everything they heard Tuesday night.