ODOT said the cost to put in the boulders is cheaper in the long run when you consider how much it costs to continually clean up illegal camps. 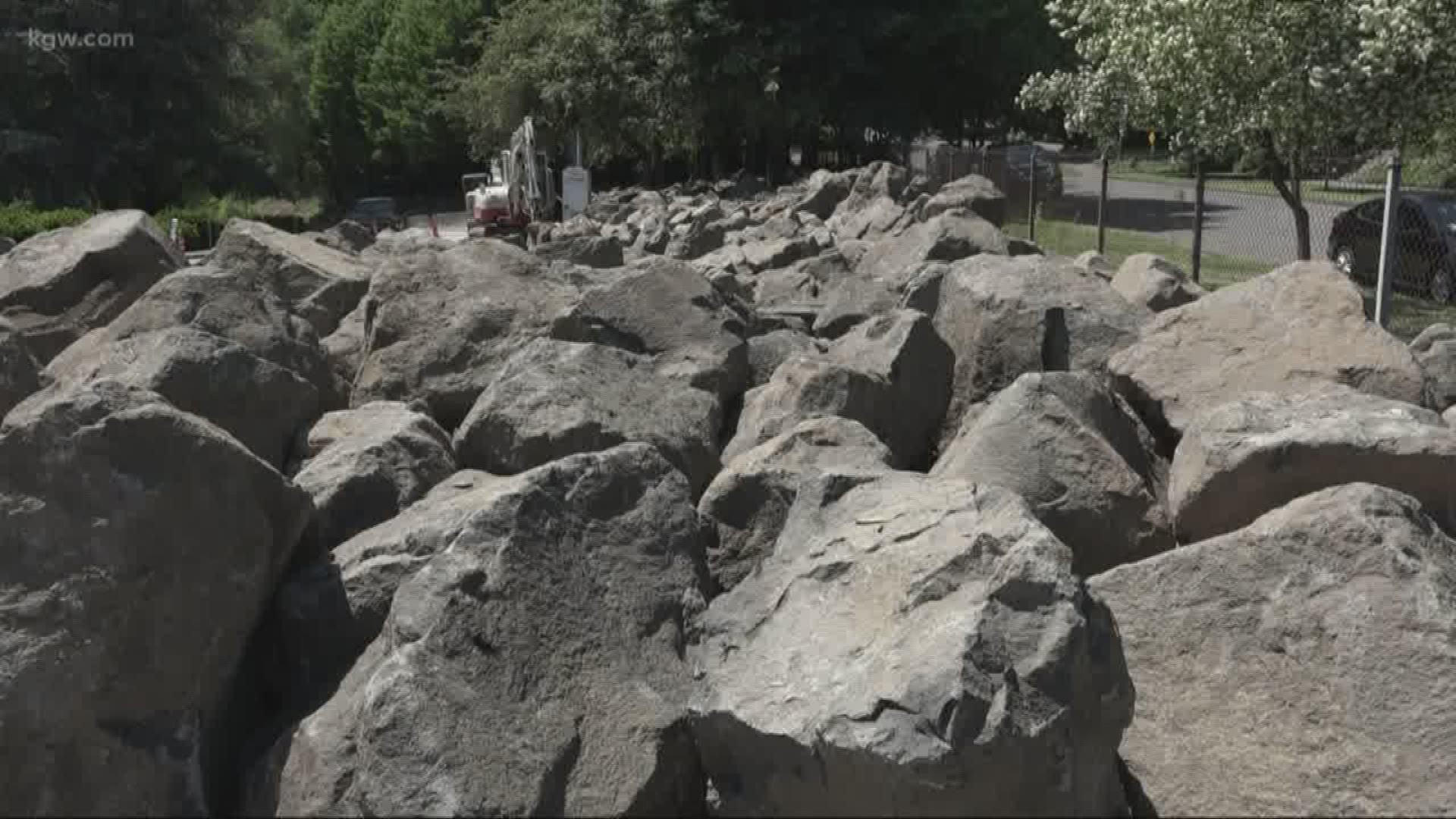 For neighbors, it is more than just rocks. It is a sign of hope.

“The boulders bring a sense of relief to everyone who owns a piece of property in this area that there might be a little bit of restored personal safety,” explained Tiffany Hammer, who owns property near the little section of Oregon Department of Transportation land next to the freeway, at Southwest 14th Avenue and Montgomery Street.

Personal safety is something Hammer and other neighbors said they have not had in years. Tents, piles of trash, and human waste were a common sight at the intersection. Fires also broke out at the illegal camp at least twice. Then there were the times neighbors say they were harassed and attacked by campers.

For Hammer, the attacks were the last straw. She got a group of neighbors together to clean up trash and plant 90 rose bushes to deter campers in February. However, the roses were not enough to stop the ongoing issues.

She said campers ripped out some of the roses and the attacks on neighbors continued.

“My neighbor was helping me water roses a few weeks back and he was bent down watering and a homeless camper unprovoked, didn't say one word, just came up with a brick and attacked him,” Hammer said.

This week, ODOT removed the roses and brought in the giant boulders.

“We've been using these boulders more aggressively, we're probably going to be spending upwards of a million dollars in the Portland area to get these boulders in, which are really the most effective tool we have,” explained ODOT spokesperson Don Hamilton.

An effective tool, ODOT said, is not just for neighbors, but for the campers too.

“When these campers are next to the highway like that, they're really putting themselves in danger and we've got to make sure they're not in jeopardy,” Hamilton said.

Many neighbors are hopeful this will be what finally works.

ODOT said the cost to put in the boulders is cheaper in the long run when you consider how much it costs to continually clean up illegal camps.

The rose bushes will be replanted in other parts of Portland.