Despite the disruption and damage, residents chose to focus on the positive and thanked first responders and workers who are helping the community recover. 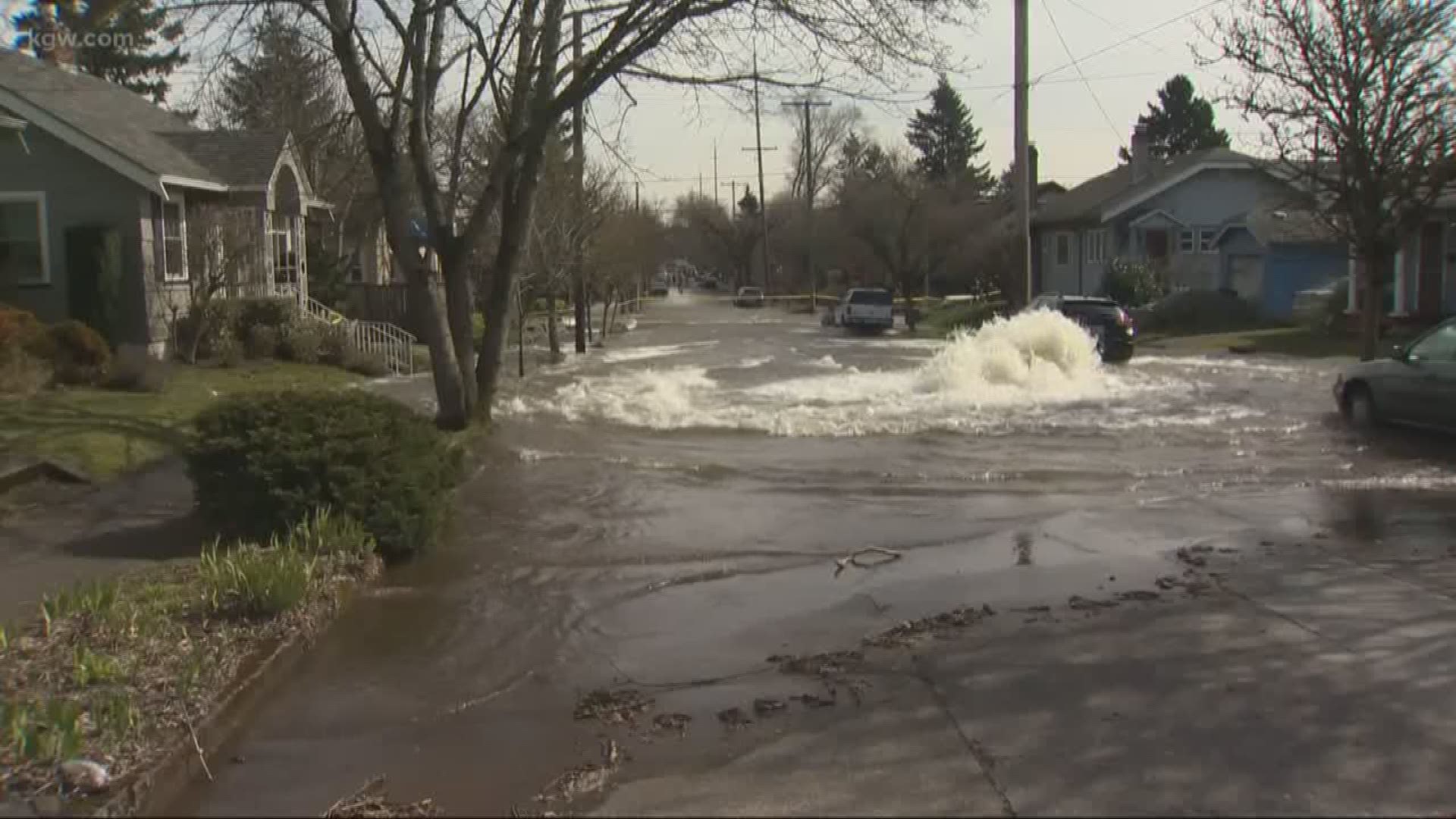 PORTLAND, Ore. — People are still being asked to avoid the area near 23rd Avenue and Skidmore Street in Northeast Portland after a massive water main break Saturday sent a river running through the neighborhood.

From rushing waters to now the noisy bangs, clanks, and motors of crews busy at work, the neighborhood has had a chaotic 24 hours. The work here will continue for days or even weeks, but the people KGW spoke to have remained, surprisingly, positive.

Ryan Humphrey is trying to stay on the sunny side of life even though his basement carpet resembles the squishy wet surface of a bog or swamp.

The waterline from the massive water main break the day before reaches over two feet in his garage and furnished basement.

"The garage door basically buckled because of all the pressure coming down the slope," he said.

It happened quickly, but his neighbors pitched in to help. Humphrey tells KGW that at one point there were about 10 people in his home working to get the flooded basement clear.

"We got the standing water out, but it's still a mess. It's a hot mess," he said.

Restoration crews haven't been able to give him a damage estimate yet and his insurance company says he's not covered. So he says he is waiting to hear from the city.

"At this point, I'm really interested to know what that number is," Humphrey said.

Molly Holsapple has lived in her home off Skidmore Street for 40 years. She’s seen many changes over that time, but never expected to see a catastrophic water main break outside her doorstep.

"Oh my God, I was scared to death for my house," Holsapple said.

She was evacuated Saturday because crews were concerned about a possible sinkhole forming underneath her house. However, now that she is home, she says she can’t leave because of damage and the work being done to fix the gaping hole where the main broke.

Despite the disruption and damage, Holsapple too is choosing to focus on the positive and thanked first responders and workers who are helping this community recover.

"Last night they were working, there was maybe 30 minutes when they weren't working with lights, flashing lights, and noise, but I don't care because every one of them has done a wonderful job," Holsapple said.

The Portland Water Bureau expects crews to continue to fix the main early into the week. In the meantime, neighbors who spoke to KGW say they’re waiting to hear how the city will help with damage costs.

Officials have not yet declared a cause of the break. However, a Portland Water Bureau worker on scene tells KGW the pipe was more than 100 years old.