The fire began in an abandoned driving range near Northeast 85th Avenue and Siskiyou Street and spread to a nearby bike park. 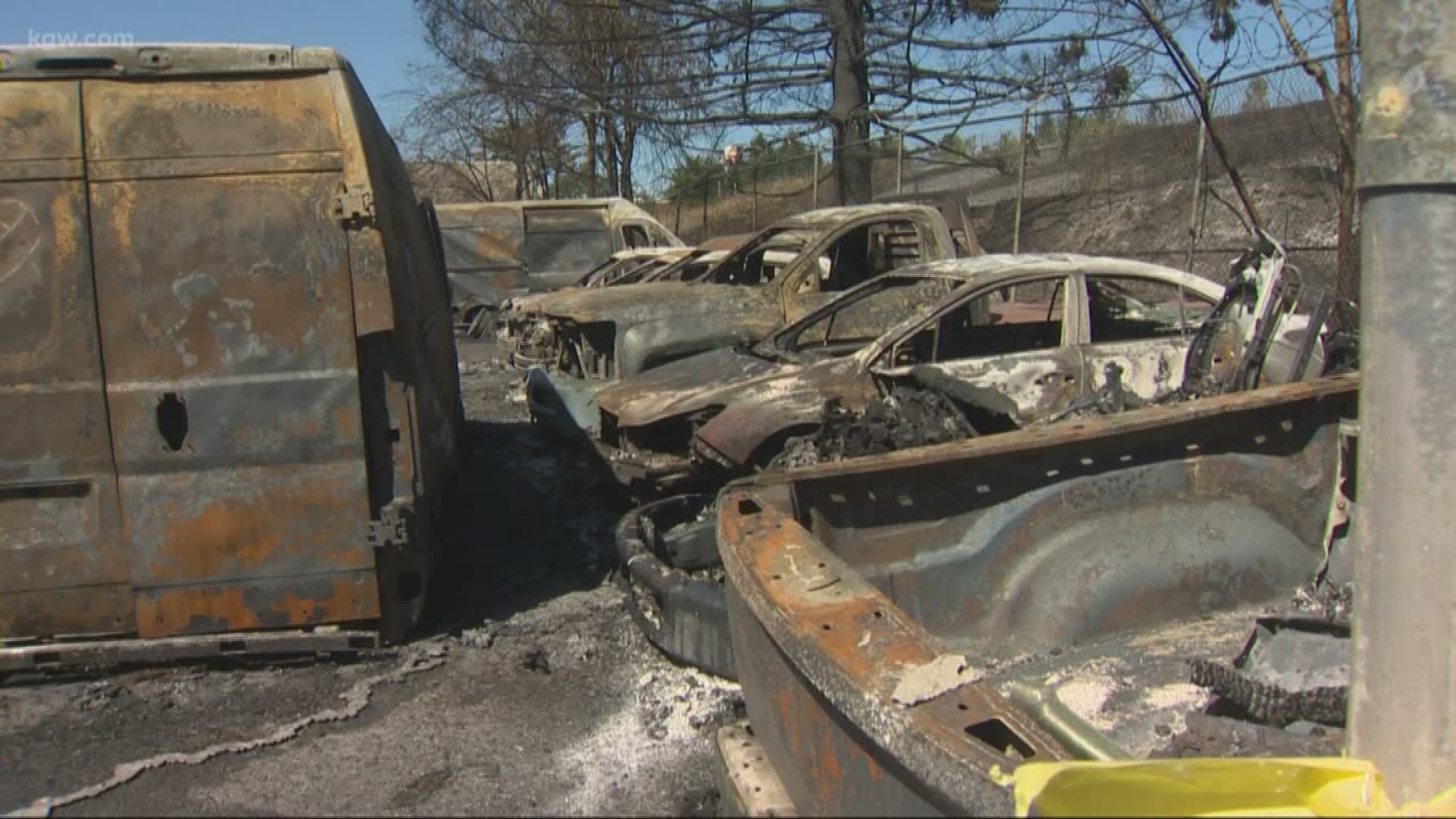 The fire began around 5:20 p.m. in an abandoned driving range, near Northeast 85th Avenue and Siskiyou Street, and wind helped the fire spread quickly to the south. The old driving range hadn't been used in years and was overrun with blackberry bushes.

Although investigators believe the fire was set intentionally, they didn't release any additional specific information. Investigators are asking for the public's help with information about what was happening at the driving range leading up to the fire. Anyone with information or video is asked to contact Crime Stoppers of Oregon.

A townhome and another building were destroyed, according to Lt. Rich Chatman of Portland Fire & Rescue. Four other townhomes and Lumberyard Bike Park were also damaged after the fire spread quickly from the brush.

"A lot of dry brush out there," Chatman said. "The moisture content in the brush is low, and that's where things are at the highest risk — burns quickly and easily. And the wind is the icing on the cake."

On Tuesday morning, KGW's Tim Gordon reported that the gym and bike park suffered some smoke and water damage, but both were still intact.

Traffic was stopped on Northeast 82nd Avenue while crews fought the flames Monday. By Tuesday morning, all lanes were reopened except for the right, northbound lane between Brazee and Siskiyou streets.

Portland Fire & Rescue called in crews from neighboring departments and even the airport. About 120 firefighters, just over 40 units, responded to the fire on Monday.

Officials originally requested that anyone inside their homes within a 10-12 block radius of the fire close their windows and doors for the evening, as they were concerned about the air quality. That was narrowed Tuesday morning to the immediate area around the fire.

No injuries have been reported. Portland Fire Chief Sara Boone said it was "extraordinary" there were no injuries and deaths. During a press conference Tuesday afternoon, she credited community members and firefighters across the metro area for their "critical" response.

"It took a community to put out this fire," Boone said.

More than 12,000 people went without power at some point Monday night due to the firefighting effort, though power was restored by midnight, according to the Pacific Power outage map.

The American Red Cross set up a disaster resource center at Mannahouse Church at 9200 Northeast Fremont Street for anyone who cannot stay in their homes due to fire damage.

In the video below, Justin McBurnett can be seen fighting the blaze with his garden hose before firefighters arrived. 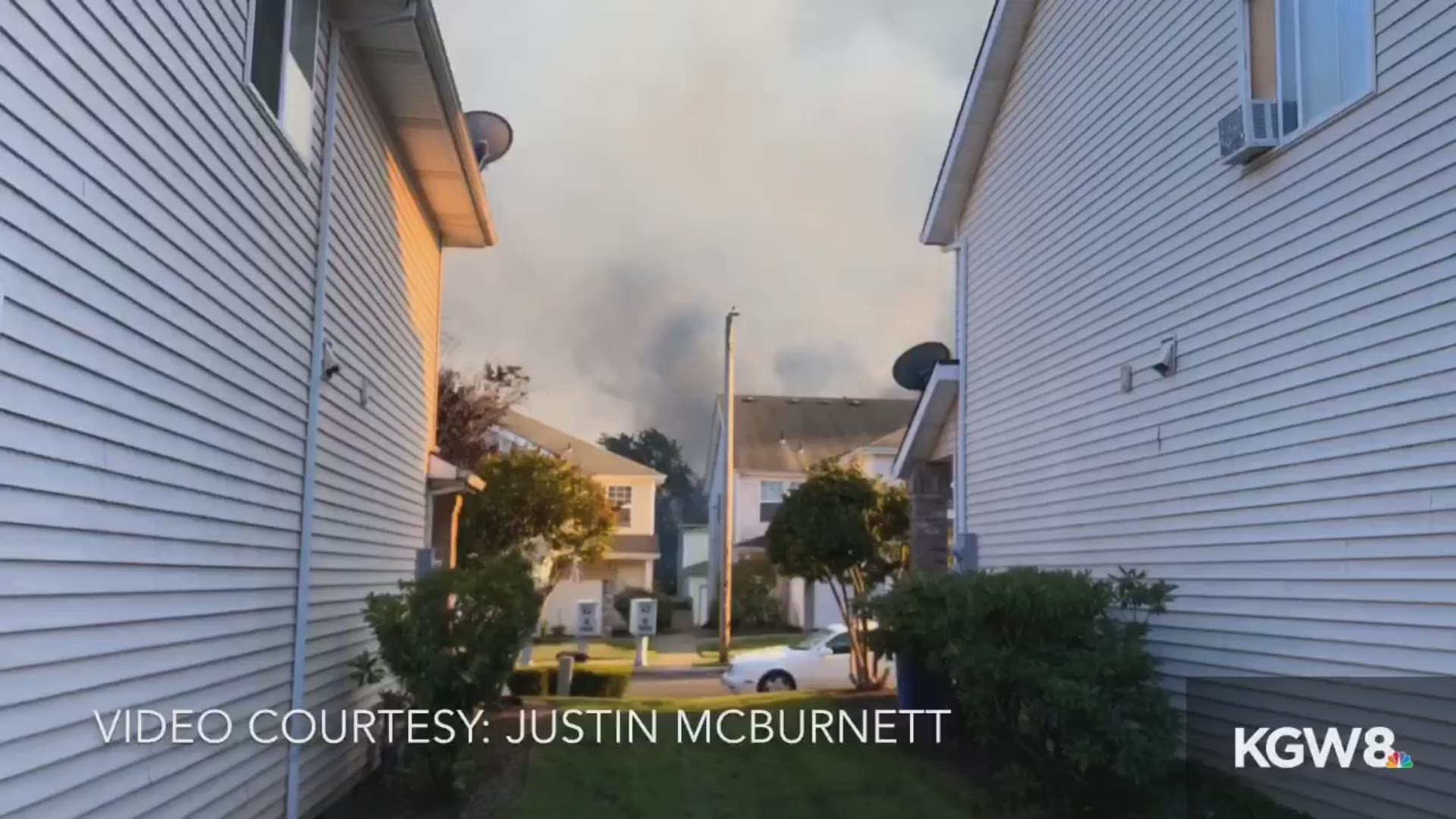