The suspect also tagged the exterior of the Native American Youth and Family Center. 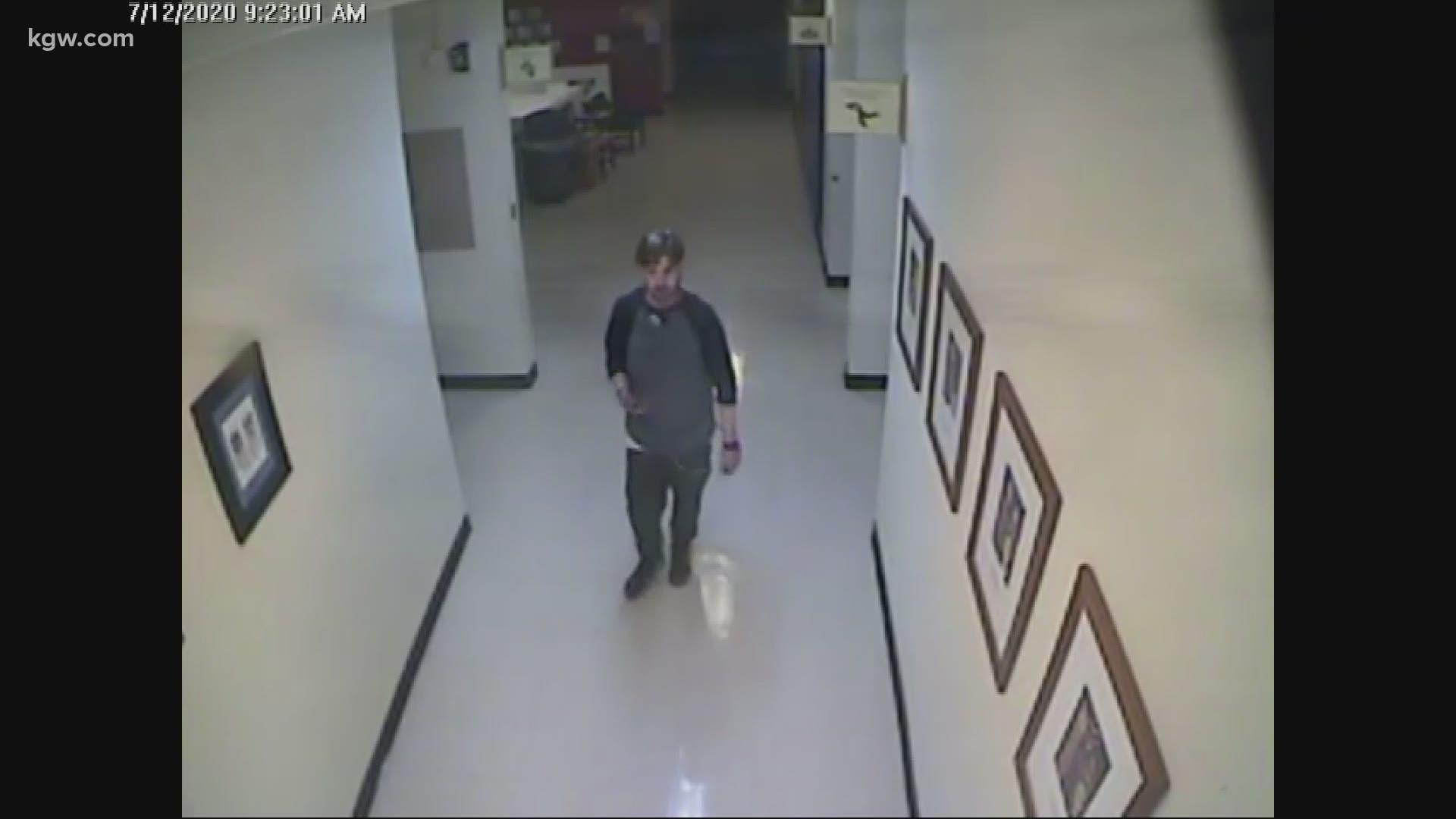 PORTLAND, Ore. — The Native American Youth and Family Center on Northeast Columbia has been around for decades. Its mission is to serve Portland's Native American community.

"Annually we touch the lives of 10,000 Portlanders," said Nicole Adams.

Adams said on Sunday morning a man broke into the center.

Credit: Nicole Adams
The suspect got in by breaking through a window.

"Having the center broken into feels as if any home was broken into," said Adams.

Adams said the man, who was caught on surveillance video, stole a bunch of things but nothing more important than kids' electronic tablets.

"Some of them don't have the resources for things like tablets to keep them connected during a time of social isolation."

Adams said the man was getting ready to steal other things when a staff member spooked him off. He still managed to tag the exterior of the building.

"Nothing indicated this was racially motivated at all," said Adams.

Adams is hoping someone recognizes the intruder and contacts police.

"We feel unsettled by someone coming in and we'd like this resolved as quickly as possible just to have that peace of mind," she said.