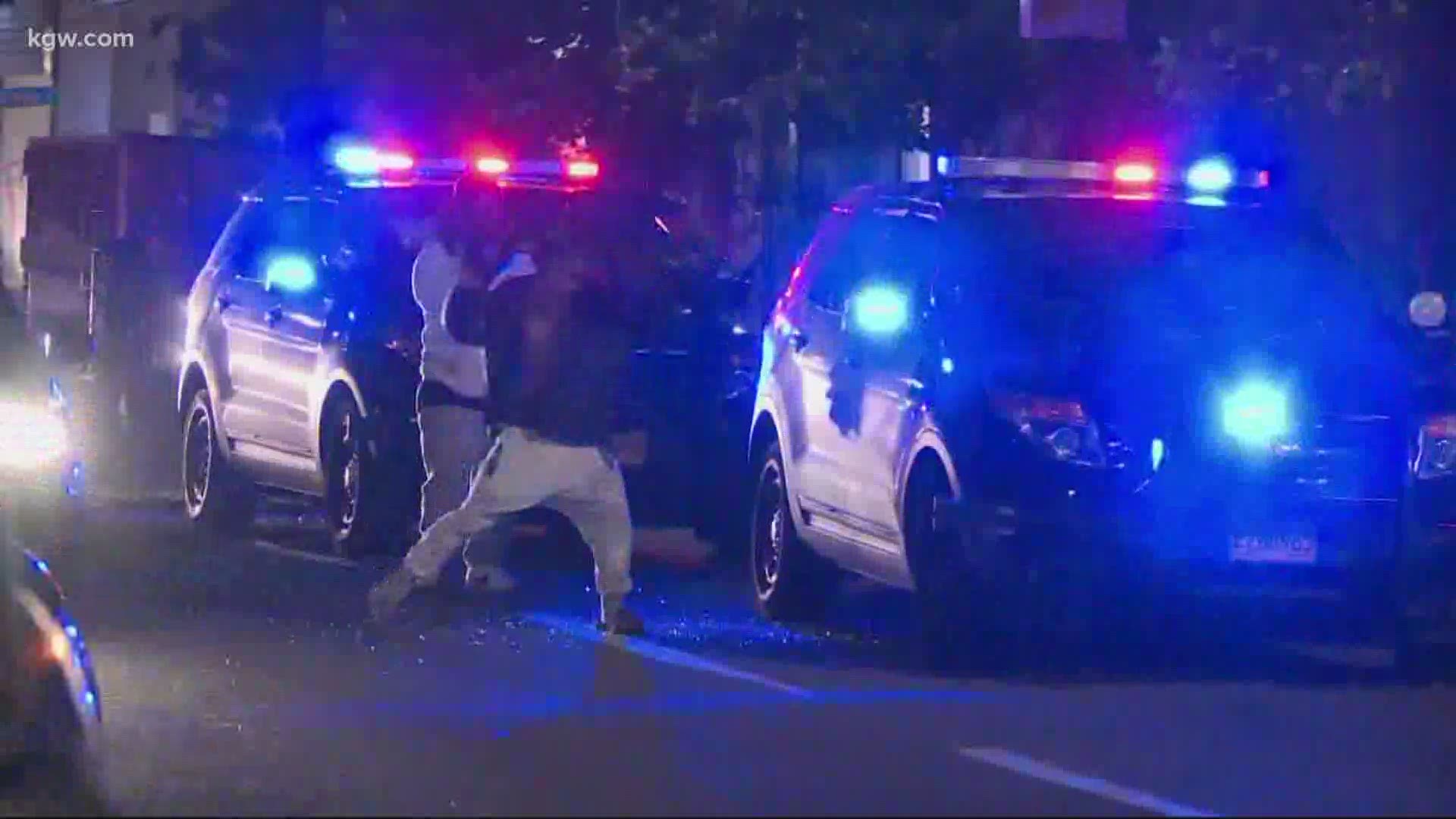 "After three nights of protest, local law enforcement personnel need assistance. After consulting with OSP I'm sending 100 State Police from around state to Portland to support Portland Police Bureau ... along with 50 Oregon National Guard members in a support function only," Gov. Brown announced.

She was joined by Portland Commissioner Jo Ann Hardesty, who re-iterated the individuals who caused looting and damage during the past few nights were just a small group who latched on to well-meaning and peaceful protesters.

"When we allow white nationalists to infiltrate our legal, rightful protests, and create chaos and damage in our community, we must make that stop," Hardesty said.

The National Guard members will be deployed throughout the city alongside Oregon State Police officers.

Portland Mayor Ted Wheeler and US Attorney for Oregon Billy Williams both called for the volunteer-based National Guard to be activated in a press conference Monday morning, echoing similar calls of Pres. Donald Trump to step up police presence in cities where demonstrations have devolved into riots.

When asked if activating the National Guard would make things worse, Mayor Wheeler said the city needs the extra resources.

"We asked for more tools to be used in the field. Based on last night, I agree with what [US Attorney Williams] said and what police confirmed: we do need more resources, more people, more personnel," Mayor Wheeler said.

Wheeler said the National Guard would be deployed to secure and protect facilities, which would in turn free up Portland Police and other officers to respond to the community.

The last time the Oregon National Guard was deployed within the state was in 1984, to help with the Rajneeshpuram bioterrorist attack in Antelope, Ore.

RELATED: 'They had some very good ideas': Portland police chief speaks about meeting with protesters