The very first customer through the doors at Bargarten Bavarian Social Haus on Friday left an extremely generous tip on a $20 lunch tab. 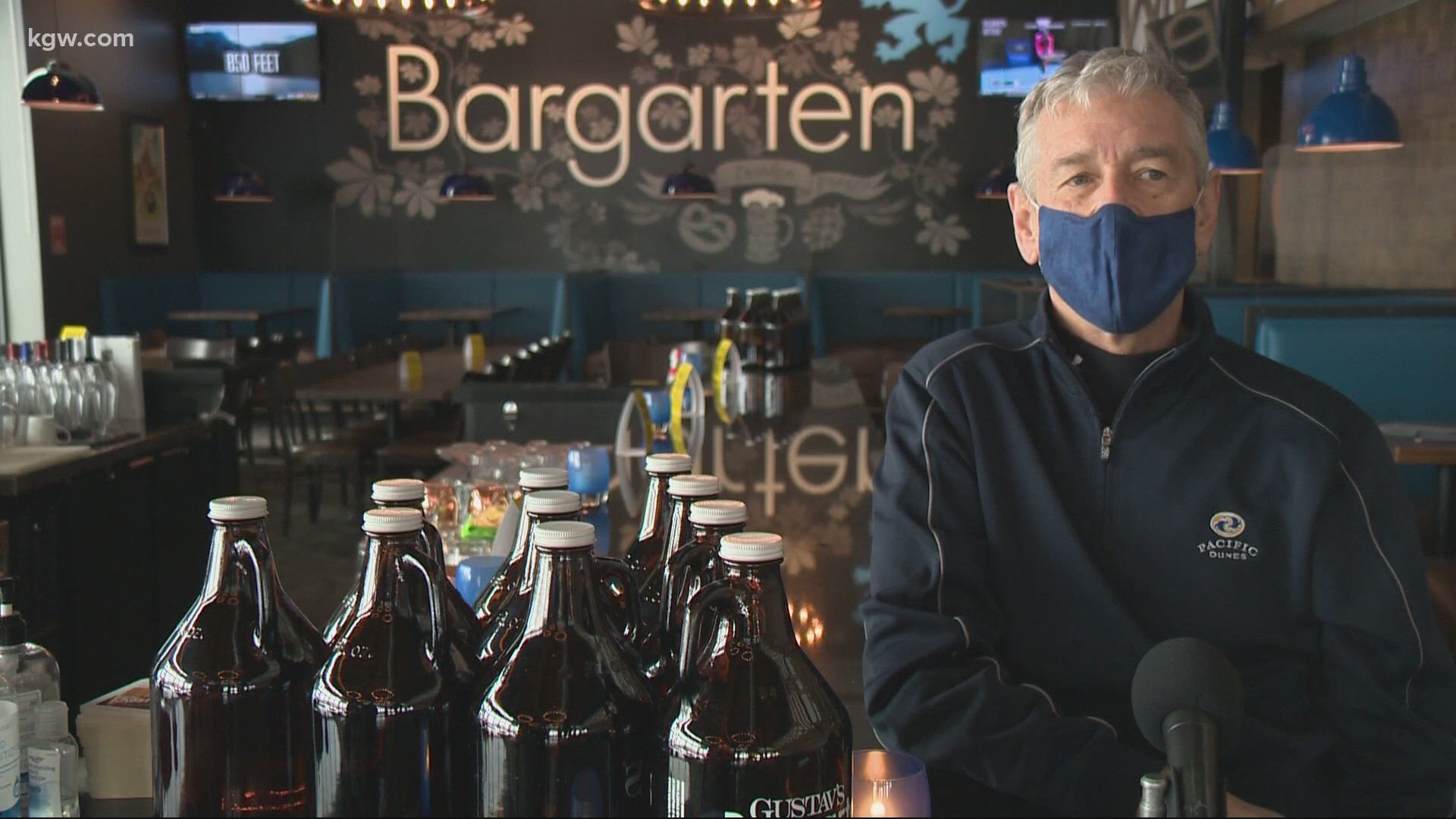 BEAVERTON, Ore. — The staff at a Beaverton restaurant were shocked to learn that a customer left a $2,000 tip on Friday, its first day back open since early December, after getting the go-ahead to resume indoor dining.

Rene Briede is the vice president of Güten Foods, which owns the restaurants Gustav’s and Bargarten Bavarian Social Haus in the Portland area.

“I love the restaurant industry, always will. It's about friends, family, meeting new people and enjoying themselves," Briede said.

“We wanted people to be in a space where they could enjoy good fresh prepared food," Briede said. "A great German beer, we bring in enough of them. And, and relax and not have to spend so much money because it's very expensive now to dine out."

With the company's five restaurants, Briede added that it’s been tough with a quiet dining room.

“It's a real yo-yo, but it goes from one extreme to another,” he said. “It's difficult for us to make a decision. It's extremely difficult on the staff.”

“Takeout, honestly for full-service restaurants, is very hard to build up. The labor takes about three hours a day to set up the kitchens, and it's just not worth it."

“We were setting up, and we were pretty excited just to get the doors open again and hoping that the restrictions would loosen up,” Briede said.

As it turned out, someone else was pretty excited too. A man was patiently waiting outside the door 10 minutes before Bargarten’s noon opening. The staff seated him on the patio outside. He ordered lunch and left as quietly as he came.

“At the end of it, the server came running over and gathered us in,” Briede said. “She was trembling, and she showed us, and we were all like, ‘Oh my God.’”

Briede said they recognized the repeat customer, and staff couldn’t believe what he left behind: A $2,000 tip on a check that was just over $20.

A picture of the receipt was posted to the restaurant's Facebook page. The gratuity obviously gave a shot in the arm financially, but what left a mark on everyone was the gesture.

“Just that somebody took the time to do that and impress upon us that there's a lot of good in the world, even though it's been a little tough this last year,” said Briede. “There’s still a lot of great things to look forward to and we know, we'll all get through this. It's just a matter of putting our head down and pushing through.”